Is our mail delivery delayed? Testing USPS in Spokane County

KREM sent 20 First Class Mail letters from different locations in Spokane County, and almost all came back in 2-3 days. 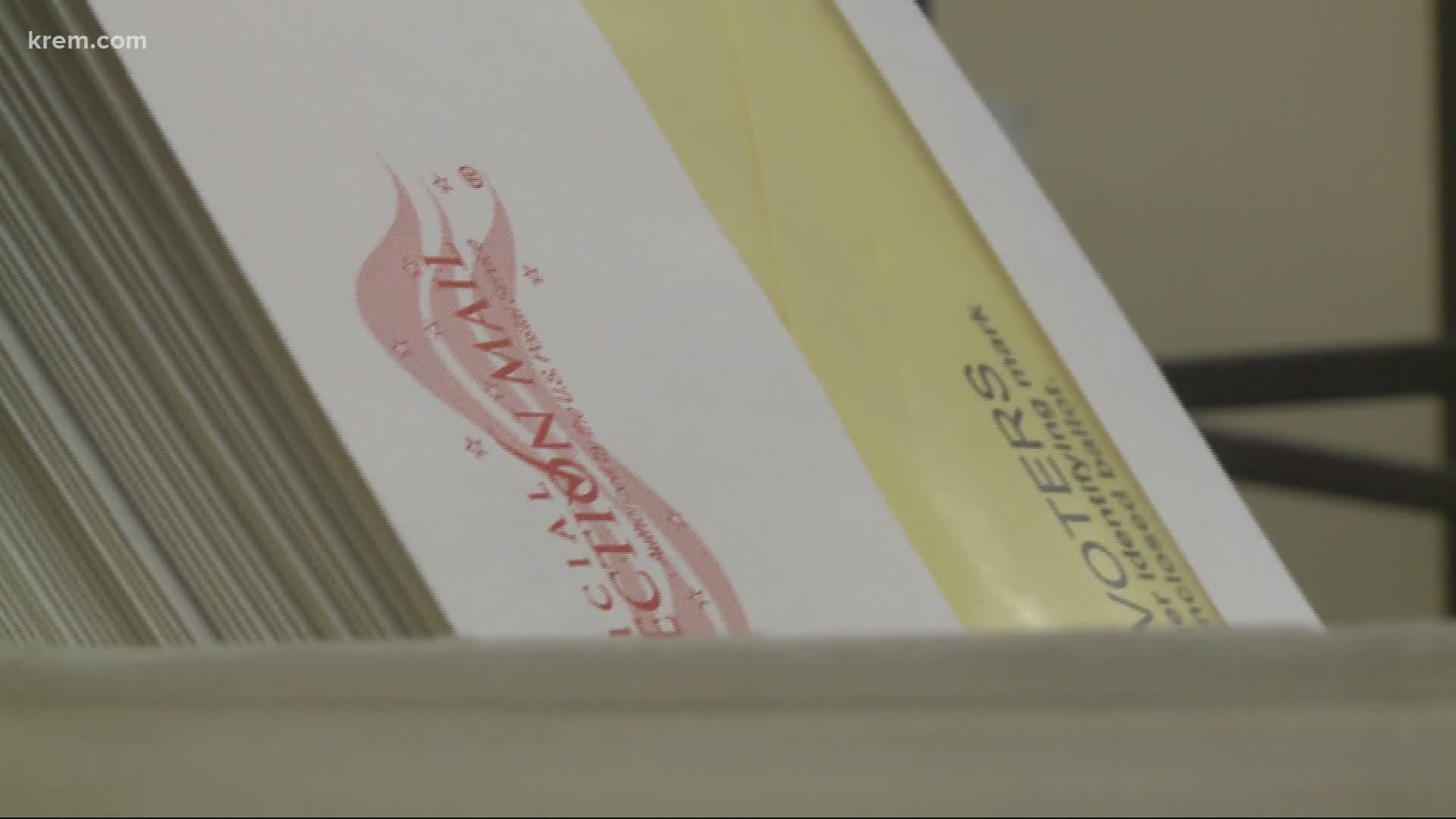 SPOKANE COUNTY, Wash — With the election less than 50 days away, changes at the United State Postal Service has caused concerns when it comes to Washington's mail-in voting model.

But in addition to voting concerns, others rely on the postal service for medications, and a delay in delivery could result in serious consequences.

"If I go more than a day or so without taking something for my lung infection, It can get pretty bad," said Holly Holbert."Sometimes it'll say it's in there, but it doesn't come for a couple of days."

Holbert waits weeks for medication. People have sent concerns to KREM about bills being paid on time or shoppers losing product in transit.

Now with election day just months away, people are asking if their ballot will get lost in the mail or if it will arrive in time to be counted. But could that actually happen?

There have been recent policy changes at USPS, such as cutting overtime pay and removing some postal locations and services, that have made national headlines.

Spokane postal workers were preparing to process almost all of the mail in Eastern Washington, taking over for the Wenatchee and Yakima branches. That was until a new order stopped the shutdowns. Workers started plugging their machines back in, but many were no longer functioning.

"They took them apart and dismantled them," said Wenatchee American Postal Worker Union President Ryan Harris. "So, they've lost, each machine is 36,000 letters an hour, they've lost almost 150,000 letters and our processing capability."

With all of these changes, how fast is the mail traveling in Spokane County?

KREM decided to put USPS to the test. But to be clear, this was more of a un-scientific experiment.

We sent 20 letters from 10 different offices all on one day to one location on South Hill. The letters are marked as "First Class Mail," the same as Washington election ballots.

The letters are marked by location sent and with either an A or a B. A means it was hand delivered. B means it was put in a drop box.

The last two letters came the next day. The last two were not a pair, but rather from two different locations miles away from each other. The letters were sent from inside the USPS locations in Spokane and Spangle.

All in all, Spokane County's mail seems pretty consistent, as most letters arrived within 2-3 days. To be clear, the mail was not official election materials, but Spokane County Auditor Vicky Dalton is confident that Washington's mail-in process will work.

"You have, essentially election week, not Election Day," Dalton said. "Election Day is just the deadline."

In previous elections, ballots come in on Wednesday, Thursday and Friday after Election Day through the mail. This election, there are coronavirus restrictions that limit how many people can process ballots at one time.

But Spokane County has planned ahead.

"We may end up with a few more ballots coming to us the week after Election Day, but that's going to be fine," she added. "Because we have those three weeks in which to process ballots to certify."

As long mail-in ballots have valid postmarks, their three-week grace period between being sent and being certified ensures every ballot is counted. The postal service is encouraging everyone to vote early.

Ballots must either be postmarked no later than Election Day or returned to a ballot drop box by 8 p.m. on Election Day. On October 16, ballots are mailed out.

To see how you can track your ballot through Washington State's voter portal text VOTE to 509-448-2000.