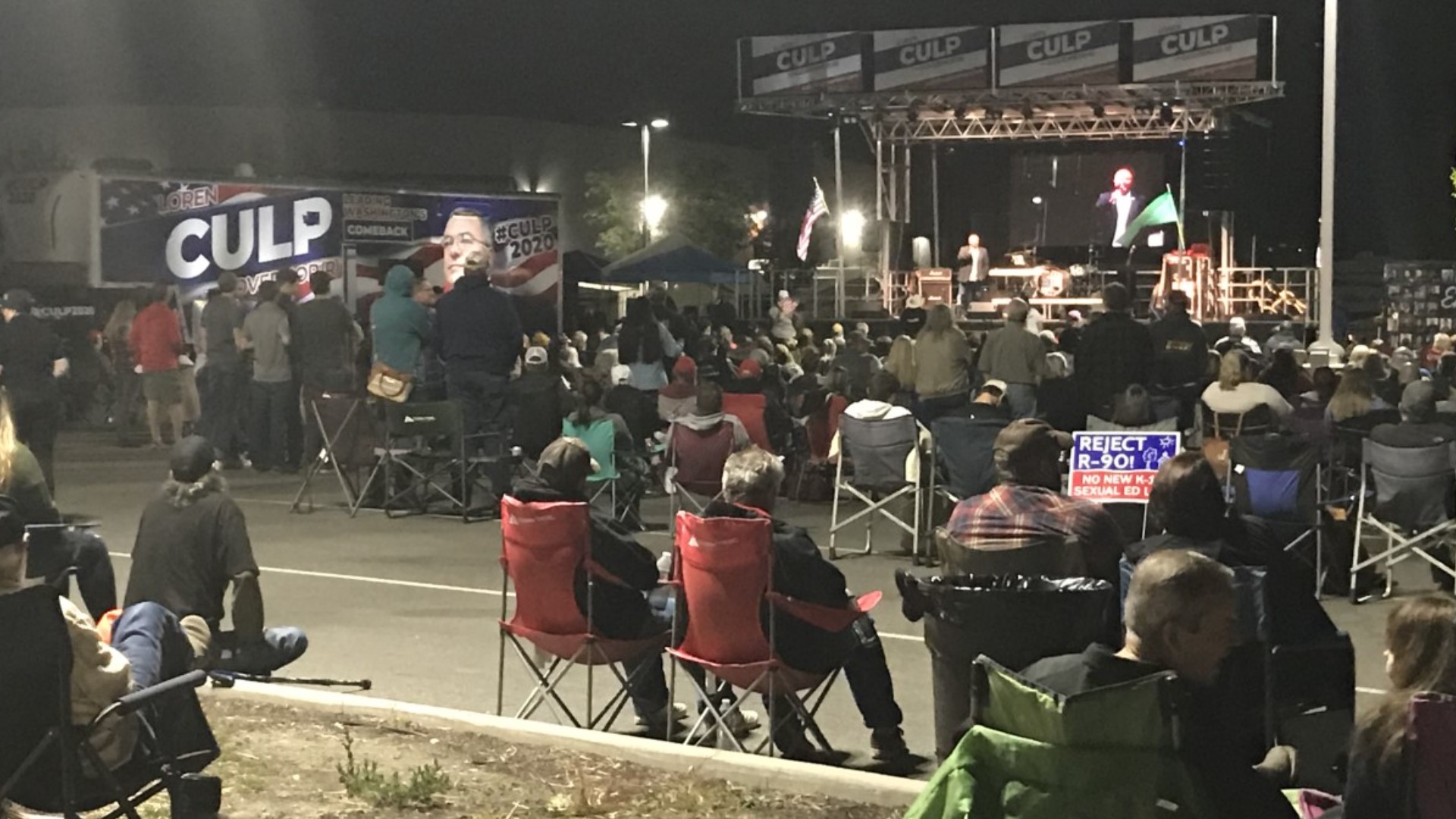 The "Spokane Victory Protest" in support of Loren Culp ran from 6:30 to 9:30 p.m. in North Spokane. More than 240 people said they would attend the event on Facebook, with more than 540 who were interested.

This comes after hundreds of people attended a rally for Culp in Liberty Lake on Friday night. Despite COVID-19 concerns, the vast majority of people in attendance did not social distance or wear masks.

The rallies are a controversial part of Culp's campaign, but also a critical one. They're part of what helped propel him from a small-town police chief to the de facto Republican nominee.

"We're going to continue to do what I have done all along, the same thing that put me up about double any other of the Republican votes in the primary," Culp told KREM in an interview. "And that's get out and meet We The People because that's who I represent."

The state's COVID-19 response is one of the biggest issues of the race. Culp and his allies have sharply criticized the governor's decisions, such as the mask mandate.

RELATED: 'He has messed this state up': Loren Culp slams Inslee's COVID-19 response

Locally, one of the biggest facets of that debate is the reopening of schools. Several Spokane-area districts have announced they'll start phasing younger students back in but Culp says that isn't enough.

That's why one of the many speakers invited to address the crowd at the Liberty Lake event on Friday was a leader of a local activist group pushing to allow in-person learning again, called Open Spokane Schools.

"It's great that there's a start to bring K through second back, but third through high school needs that option as well," said Joanna Hyatt with Open Spokane Schools. "To be delaying that, to even be potentially saying that we're looking at high schools probably not coming back until the new year, that's not okay for the health and well-being of these students. We need to figure out a safe, creative, in-person option for all kids."

Hyatt said her intention for the rally was to use the platform to advocate for her issues, not candidates.

"We've done our best to be reaching out to people on both sides of the aisle, because this is not political," she aid. "This is about our community getting back in person, again in a safe healthy way."

A variety of issues were discussed, ranging from sex education to the budget to crime. Culp and other speakers frequently criticized Inslee as "far-left," saying a Culp administration would improve accountability and liberty in Washington.