Jimmy Carter falls in home, is in hospital for treatment of pelvic fracture 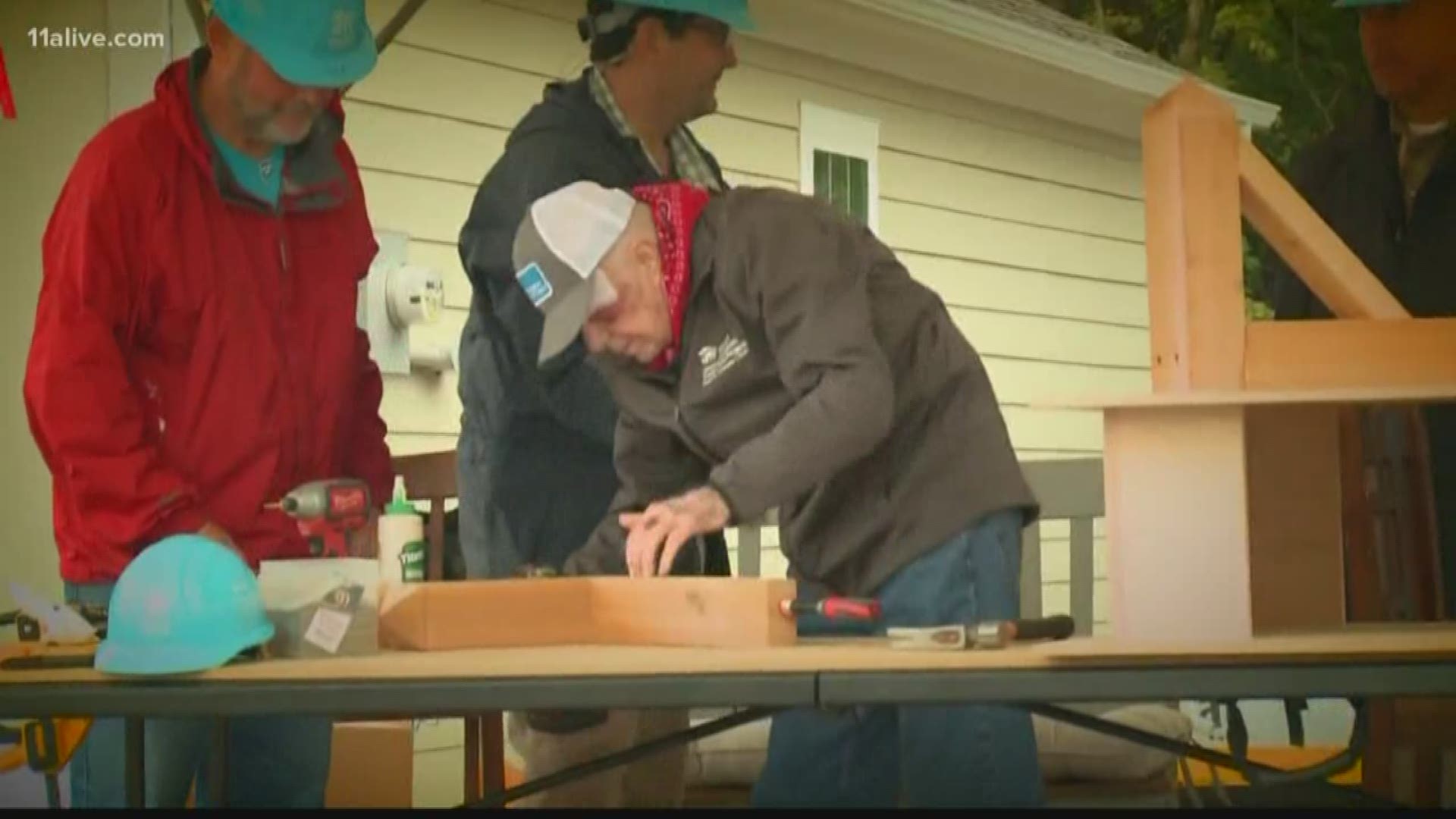 ATLANTA — Jimmy Carter fell in his home on Monday evening and suffered a minor pelvic fracture, the Carter Center said on Tuesday morning.

The Carter Center said he had been admitted to Phoebe Sumter Medical Center "for observation and  treatment."

"He is in good spirits and is looking forward to recovering at home," the statement added.

The fall comes after another fall this month that left the former president with a black eye and required stitches above his brown.

Carter brushed that fall off and appeared the next day at a Habitat for Humanity build in Nashville.

A Carter Center statement on his health following that incident said he "feels fine" and was eager to to be in Nashville for the event. He later told a crowd there that he had to go to the hospital and get 14 stitches, "but I had a No. 1 priority and that was to come to Nashville and build houses."

He also fell and broke a hip in May. In that instance, he was also taken to Phoebe Sumter Medical Center and underwent successful surgery.

Carter survived a dire cancer diagnosis in 2015 and surpassed George H.W. Bush as the longest-lived U.S. president in history this spring. He has had some trouble walking after the hip replacement in May, but regularly teaches Sunday School.

Meanwhile, he has continued with his humanitarian work. And he also has occasionally weighed in on politics and policy, recently expressing hopes that his Carter Center will become a more forceful advocate against armed conflicts in the future, including "wars by the United States."

"I just want to keep the whole world at peace," Carter had said as he presented his annual Carter Center report last month. "We have been at war more than 226 years. We have been at peace for about 16 years" since the Declaration of Independence in 1776, he said, adding that every U.S. military conflict from the Korean War onward has been a war of "choice."

Carter also has been accepting visits from several 2020 presidential candidates of late, but he's held back on endorsing any of his fellow Democrats, offering few clues about his thoughts of the campaign.