Inslee is expected to be out of office for at least a week while he gets a hip replacement. 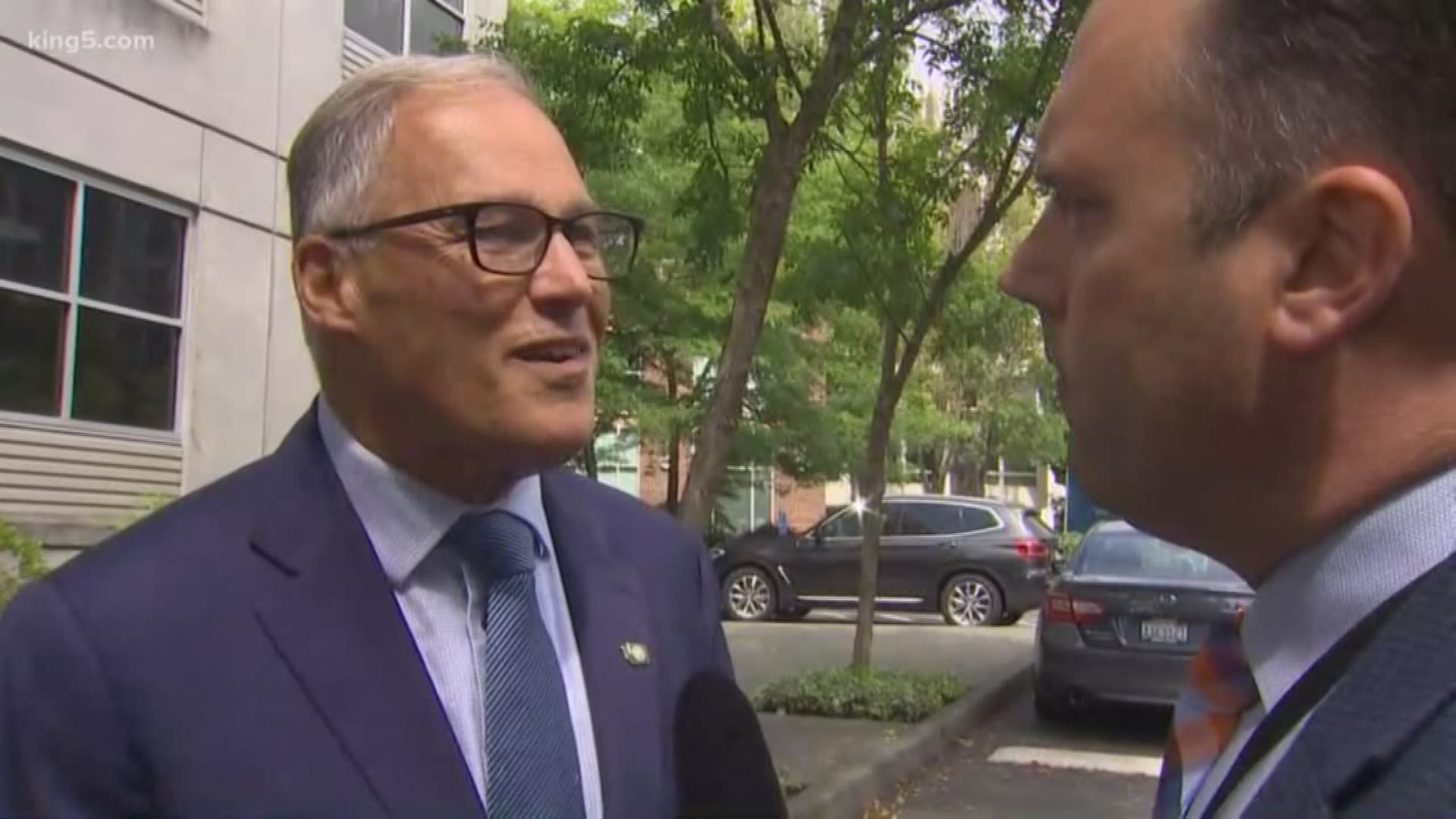 Editor's note: The above video originally aired in August 2019.

His hip replacement surgery is scheduled for Monday morning.

Secretary of State Kim Wyman will be acting governor from until early that afternoon. Inslee is expected to be out of the office for at least a week.

His budget staff will release the governor's supplemental budget and policy proposals the week of Dec. 16, ahead of the 60-day legislative session that is set to begin Jan. 13.