The move came after Little challenged state agencies to look at their laws and make sure they were kept up to date and relevant. 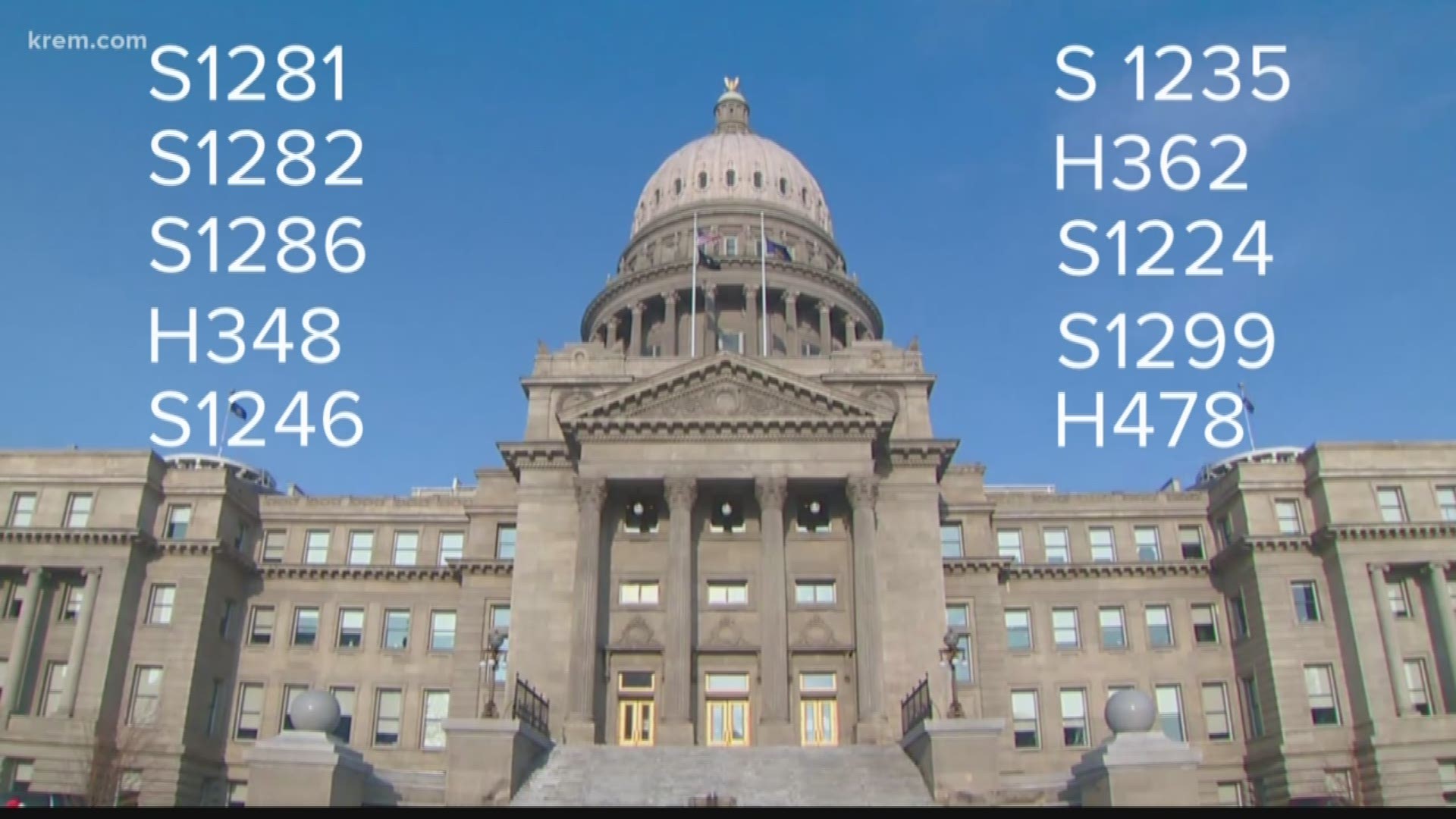 BOISE, Idaho — Did you know that Idaho law establishes a state board of cemeterians?

Or that there are specific sections of Idaho law that lay out to how to deal with hogs running at large within towns.

If you’re surprised with some of these bygone statutes, Idaho Governor Brad Little likely wouldn’t blame you.

Under Little’s direction, some current bills before Idaho’s legislature seek to repeal and clean up outdated sections of the state’s laws.

The move came after Little challenged state agencies to look at their laws and make sure they were kept up to date and relevant, according to Alex Adams, Little’s budget chief. While the effort for now is not comprehensive, Adams said that the Governor wanted to start the process of ensuring all of Idaho’s statutes are easy to navigate for Idahoans.

Little’s office provided 10 examples of bills currently before lawmakers that would eliminate or streamline Idaho’s administrative code of regulations. While some bills fully repeal a statue, others repeal laws as part of a bill that includes additional statutory changes.

Adams confirmed that some of the proposed bills would not only repeal outdated laws, but would also eliminate laws regulating programs or boards and commissions that no longer exist.

Notably, Senate Bill 1286 would remove language in the state’s animal laws relating to loose hogs. Under the current law, a person who finds a trespassing hog may safely keep the hog at the owner’s expense and hold onto the animal until the owner pays for applicable damages and expenses. The person “shall be allowed fifty cents (50¢) per head additional for each animal so taken up.”

A different section of the same chapter reads: “It shall be the duty of any constable or peace officer in any platted and recorded town, upon the complaint of any citizen thereof, to take up and impound all hogs found running at large within the limits of said town. He shall keep and dispose of all hogs so taken up in the manner prescribed by this chapter.”

Another proposed bill would eliminate Idaho’s Board of Cemeterians.

According to Adams, the board was created in 1989 in an effort to license individuals who would oversee cemeteries. While the law was passed, the board was never appointed and the statute essentially became a “deadweight law,” Adams said.

Adams compared the undertaking to “spring cleaning” in the legislature. “This is going to be a multi-year effort,” Adams told KREM on Tuesday.

Below is a list of bills and explanations that Little’s office says serve as examples of the undertaking. Interested in following the progress of bills?

2020 Legislation proposed by Governor’s Office and the agencies that do a clean repeal of statute:

S1281 – From Division of Financial Management: Repeals a list of local session laws adopted during the 1919 Legislative Session.  List includes “providing for a wagon road to be built near Neal, Idaho in Elmore County.”

S1282 – From DFM: Repeal the Board of Cemetarians.

S1246 – From DFM: Repeals a couple inactive boards or commissions

S 1235 – From the State Board of Education: repealing a loan program that is no longer used and has not been funded in over a decade.

S1224 – Dept of Ag: Repeals requirement for a weighmasters license

Examples where items are repealed as part of bill that includes other statutory changes as well:

S1299 – From the Division of Building Safety - a portion of this legislation repeals a couple license types at the Division.

RELATED: VERIFY: No, people who move to Idaho aren't turning the state liberal

RELATED: Idaho ranked as most dependent state on gun industry