The subject matter of one Washington bill that would ban high-capacity magazines has gained national attention. 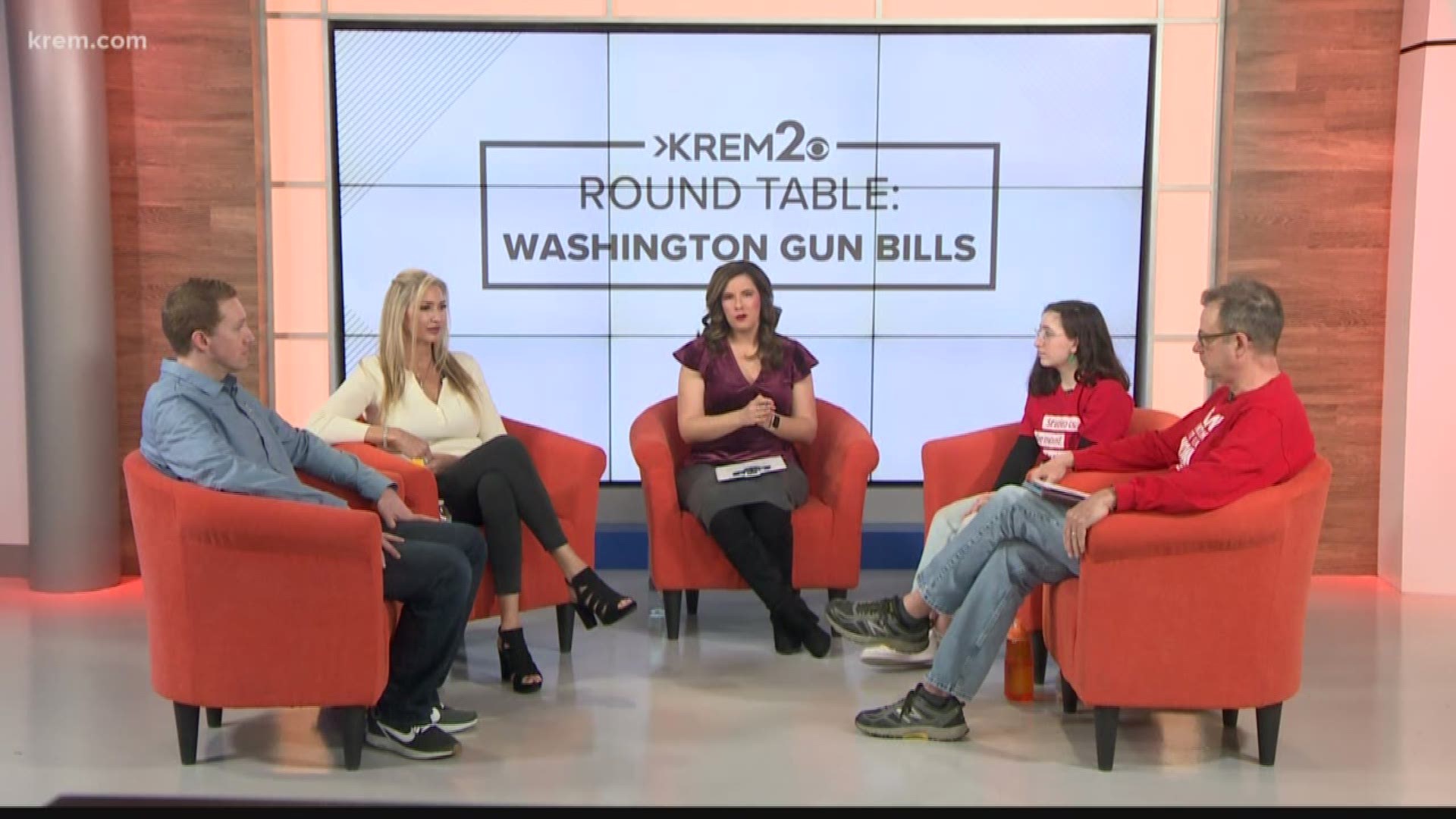 SPOKANE, Wash. — Wednesday evening was the deadline for dozens of legislative bills in Olympia to pass to their originating chambers, including several gun-related bills.

Of those bills, ones to limit gun magazines, restrict gun sales, and to require background checks to purchase ammunition didn't pass by a Wednesday deadline.

KREM held a roundtable discussion with people on both sides to better understand their viewpoints on the bills. The video below is part two of that discussion, and the full discussion can be found at the end of the story.

Senate Bill 6294 would require concealed carry permit holders to do eight hours of training that would tackle safe handling, firearm storage, state laws, use of deadly force and suicide prevention. It is also approaching its deadline.

Here is a breakdown of proposed gun-related bills in Washington state.

Senate Bill 6077 and its companion, House Bill 2240, would ban magazines with a capacity of more than 10 rounds. This would not apply to such weapons owned before January 1, 2021.

Senate Bill 6294 would require people to show proof of eight hours of gun safety training, among other requirements.

House Bill 1374 “provides local jurisdictions the ability to build upon statewide standards and adopt responsible approaches to firearms regulations to help address the epidemic of firearm violence in their communities by restoring inherent local authority to adopt firearms regulations under the police power to protect public health, safety, and welfare."

Senate Bill 6347 would extend the expiration date for a Concealed Pistol License from 5 to 7 years with voluntary proof of completing a basic firearm safety course.

Senate Bill 6406 would make theft of a firearm is a Class B Felony.

Senate Bill 6288 would create an Office of Firearm Violence Prevention within the Executive Branch of the state government.

House Bill 2241 would ban semi-automatic rifles and magazines that hold more than 10 rounds.

House Bill 2519 would ban sales of ammunition and could also require background checks in order to prevent purchase of ammunition by felons and others prohibited from owning firearms.

House Bill 1671 is related to the disposing of confiscated firearms.

Note: Video below is a full round table discussion on gun control bills with KREM's Amanda Roley