The long-serving Georgia Republican announced Wednesday he will resign at the end of the year, citing ongoing health issues. 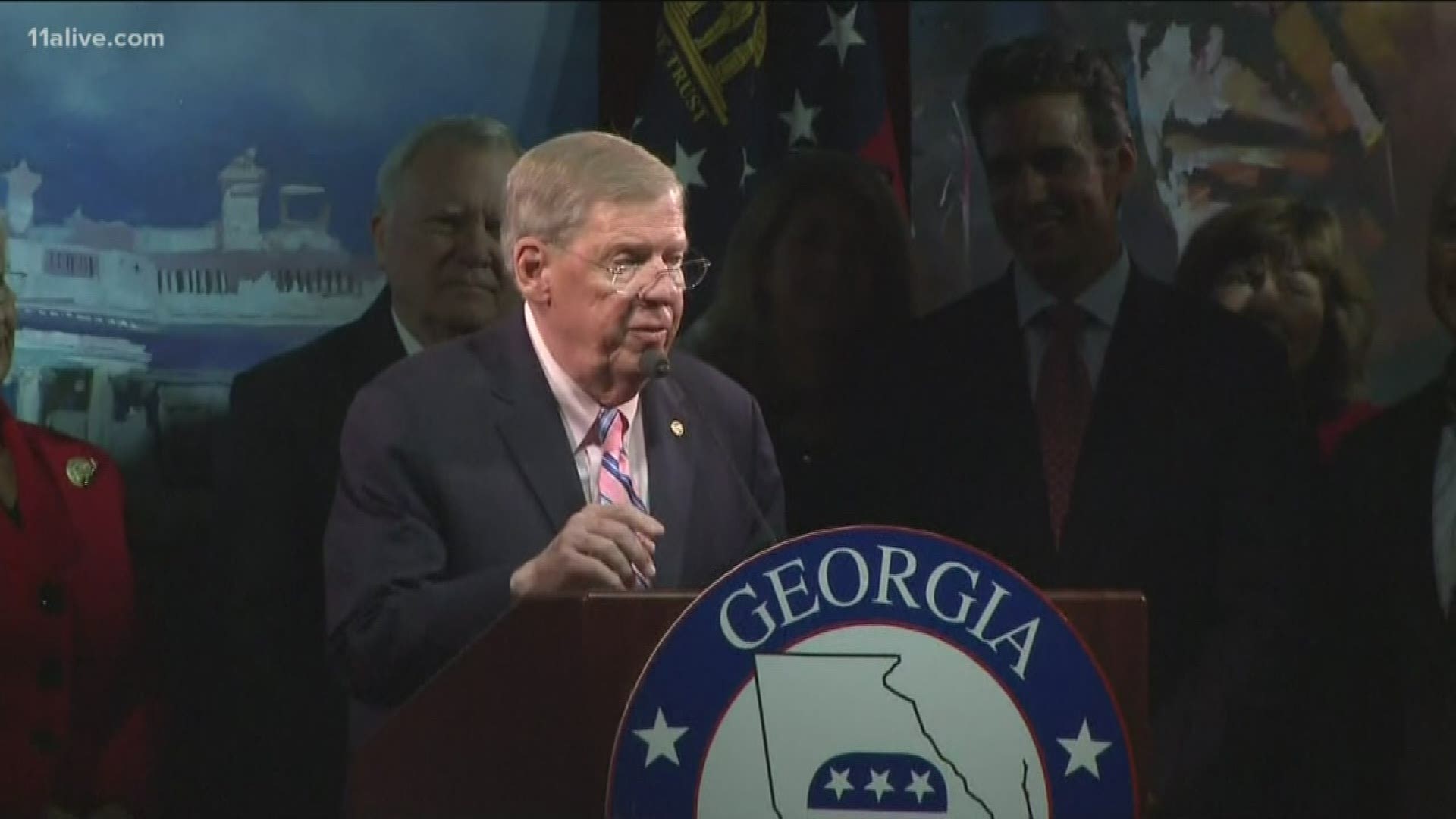 ATLANTA — Sen. Johnny Isakson announced Wednesday he would be resigning at the end of the year, citing ongoing health issues.

Isakson's resignation will open up a second Senate race in Georgia for 2020, with Sen. David Perdue up for re-election.

In a statement about the resignation, Gov. Brian Kemp also referred to Georgia law dictating the process for replacing Isakson in the Senate:

The law lays out a process by which Kemp will appoint someone to temporarily serve Isakson's seat for most of next year, until the November elections, when voters will get to choose someone to serve out the remaining two years of the Senate term.

The two Georgia Senate seats, Perdue's and the vacant one being left by Isakson, figure to be hotly contested in 2020, after a tight governor's race last year.

"With now two Senate seats up for election in 2020, it has never been clearer that the path for Democratic victory runs through Georgia," the state Democratic party said Wednesday. "We are the battleground state, and Georgia Democrats are ready to fight and deliver both the Senate and the presidency for Democrats across the country in 2020.”

One certainty: The state's de facto Democratic leader, Stacey Abrams, is not pursuing either of the seats.

A spokesman said Wednesday following the news of Isakson's resignation that she remains committed to helping other Democrats in 2020.

Regardless, Democrats believe - and political analysts predict - they have the momentum to possibly capture both seats, pointing to the Georgia 2018 gubernatorial race.

Gov. Brian Kemp beat Abrams by just 55,000 votes - a slim margin that analysts say is what will push Democrats to work harder for not just one, but both Senate seats. Dr. Andra Gillespie with Emory University says you can bet Democrats are strategizing on how to do just that.

"Are they going to think, 'maybe we should try to divide and conquer and some candidates run against David Perdue and some run for Isakson's old seat," she said.

Another big name being tossed around is Georgia Democrat Jon Ossoff who lost against Republican Rep. Karen Handel in the hotly-contested District 6 race in 2017. Ossoff hasn't made any public statement saying he would run for Isakson's seat, and he did not return calls for a comment.

MORE ON THIS STORY

Sen. Johnny Isakson to resign at end of year