'It's going to be another pretty bad fire season': Bill to prevent and fight wildfires in Washington approved by Legislature, heads to Inslee's desk

Commissioner of Public Lands Hilary Franz spoke to KREM 2 about why she promotes the $125 million bill. 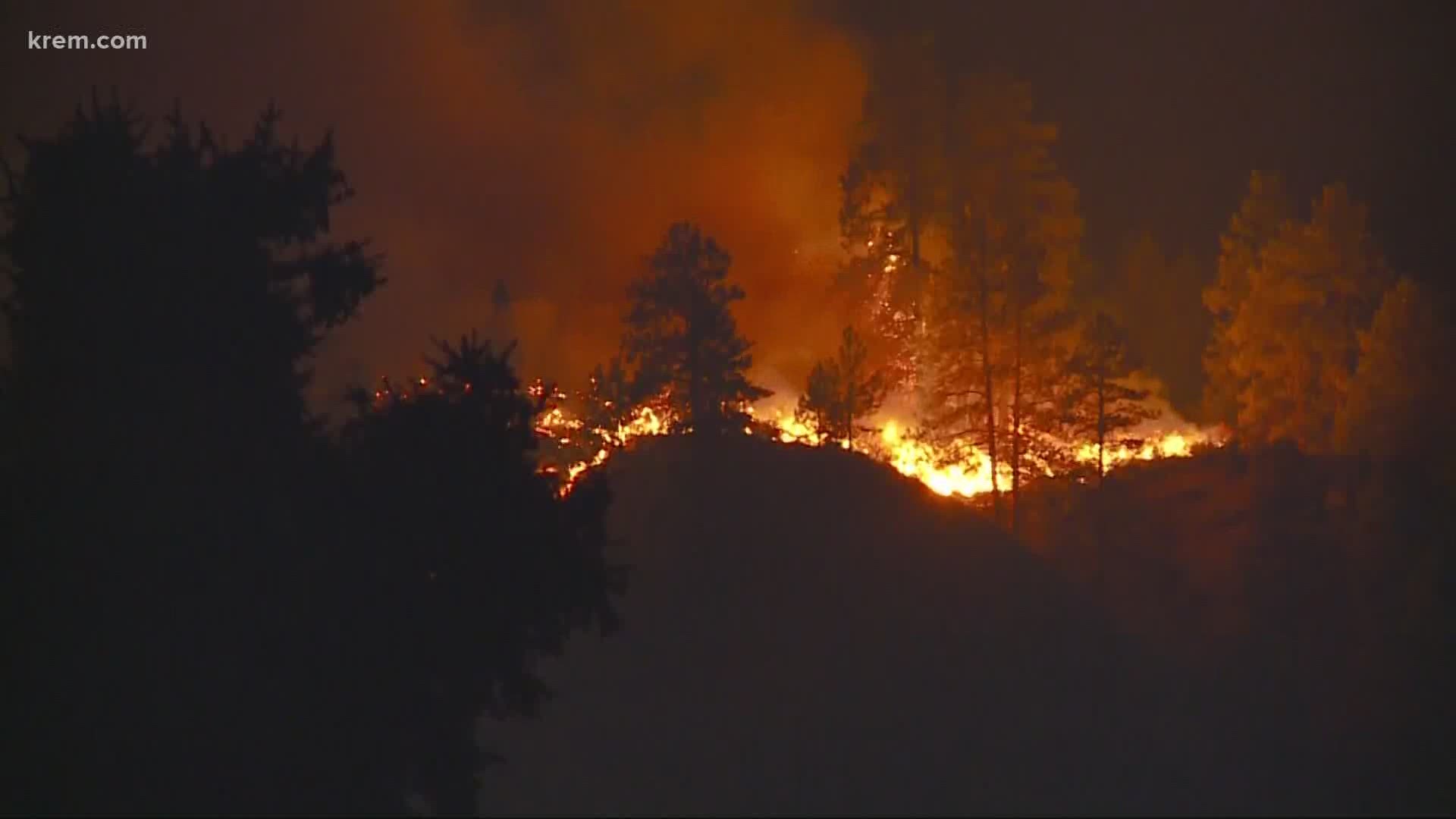 SPOKANE COUNTY, Wash. — A bill that sets aside $125 million to prevent and fight wildfires in Washington sailed through the state House and now goes to Gov. Jay Inslee for his signature. The House voted unanimously Thursday with Senate amendments made to the bipartisan legislation.

Wildfires are already starting back up following 2020's deadly fire season. Last year, more than 800,000 acres burned, the town of Malden was decimated and a little boy lost his life.

According to Washington State Department of Natural Resources (DNR), the state's trajectory for wildfire severity has worsened in recent years, climbing from 293,000 acres burned in 2016 to more than 812,000+ acres burned across the state in 2020.

"Five of the last six years have had catastrophic fire seasons," Franz said. "We are predicting it's going to be another pretty bad fire season."

Franz said that in April of 2020, Washington had a total of 162 fires. April still has another week left, yet we already have had 135, she added. On Monday, April 19, the DNR reported crews responded to 91 wildfires in one week.

This trend in increasing fire danger has caught the eye of state legislators. The house voted unanimously to pass House Bill 1168 to Governor Jay Inslee's office. The bill was promoted by Franz and sponsored by state Rep. Larry Springer, D-Kirkland, and state Rep. Joel Kretz, R-Wauconda.

"We are seeing more fires and we still have the same amount of air resources," Franz said.

It may seem like a pricey investment, but Franz said the state needs it.

"We spend on average $153 million dollars a year just fighting fires, just responding to smoke and flames." she said. "In fact, in really bad years like in 2015 where one million acres burned, we spent over $300 million in one year.

"Last year, 820,000 acres burned and we spend even more and that is only 9% roughly to the true cost to our economy, to our environment and to our health. So, while it is a lot of money, it is small given how much we've been spending just to react. We also know that when we have the resources, when we have the firefighters and we have the air resources to get on these fires quickly we can keep them small, we can contain them quicker."

Breaking down where parts of the $125 million will go, Franz said there are three major categories: wildfire response, forest restoration and community resilience.

For response, the money would help fund additional helicopters, 100 new firefighters and new equipment for both state and local fighters.

For restoration, the bill would fund the goal of treating 1.25 million acres over the next 20 years and continue to restore forest health. For two of the past three years, Washington has experienced the worst air quality in the world due to wildfires.

For resilience, money would go to improving warning and communication systems as well as increased engagement with non-English speaking communities in their home language.

Preparing and setting money aside ahead of time will help strategically battle the season, she added.

The only problem with this bill is that the money would come in at the end of July. Since a huge portion of it is dedicated to training firefighters and getting new equipment, Franz said the state probably won't see the impact of this bill until the 2022 fire season.

She believed the governor should be receiving the bill and hopefully signs it this coming week.