Capitol Police confirm Rep. Fulcher is not under investigation

Following a report from a HuffPost reporter last week, Capitol Police confirmed Thursday the Idaho congressman is not under investigation. 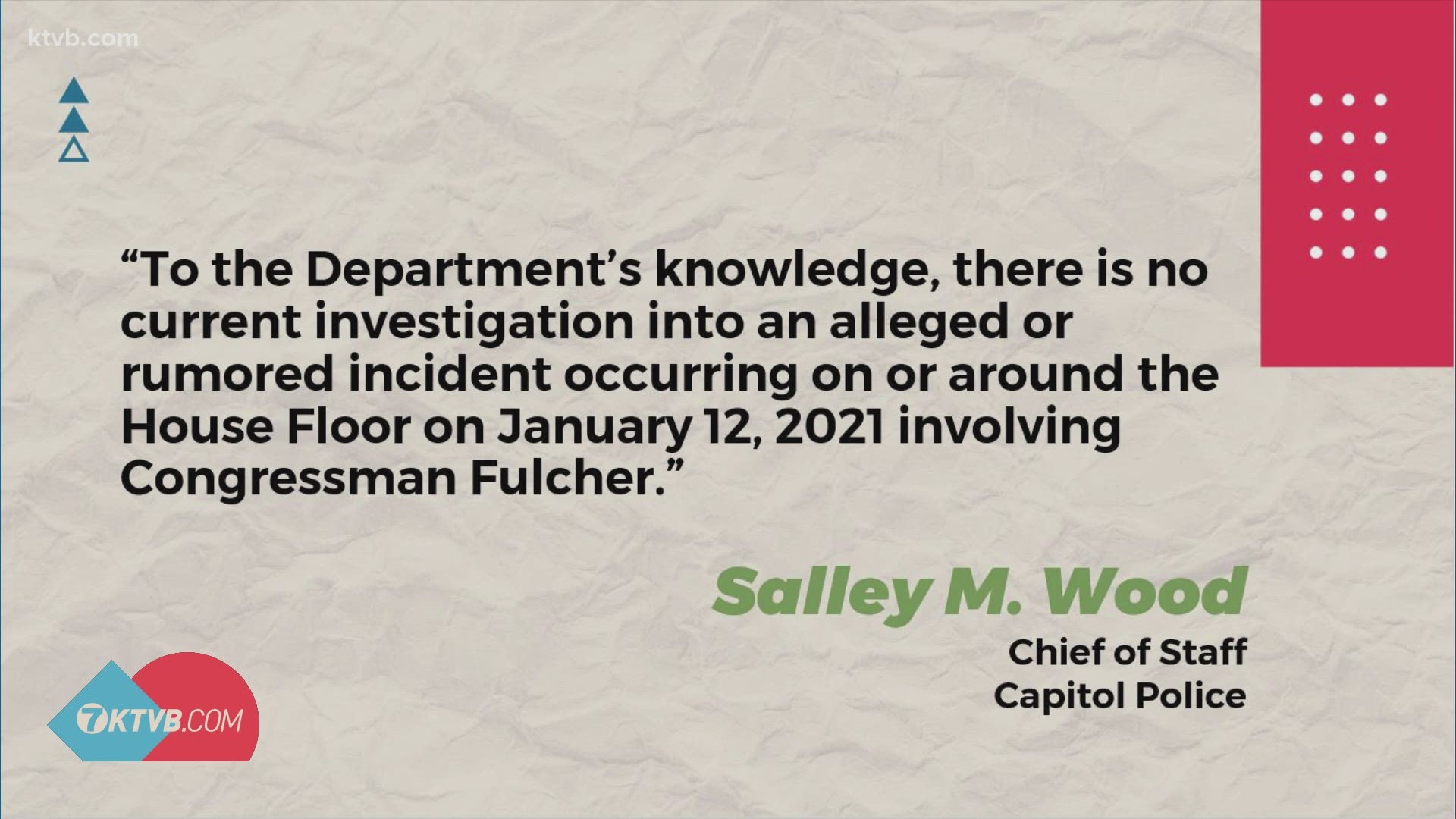 BOISE, Idaho — A week after a report from Huffington Post reporter Matt Fuller, Capitol Police confirmed Idaho Rep. Russ Fulcher is not under any kind of investigation.

Fuller reported via Twitter the investigation was related to allegations that Fulcher forcefully shoved a U.S. Capitol police officer near a newly-installed metal detector inside the Capitol building less than a week after the Jan. 6 Capitol riot.

In a series of tweets, Fuller said he saw at least 12 House members - all Republican - either set off the alarm and kept walking or sidestepped the process altogether.

One of those lawmakers, according to Fuller, was Fulcher.

On Thursday, Sally Wood, the Capitol Police chief of staff, sent a letter to Fulcher's Chief of Staff Clint Bayer confirming there is no investigation.

"To the Department's knowledge, there is no current investigation into an alleged or rumored incident occurring on or around the House Floor on January 12, 2021, involving Congressman Fulcher," Wood wrote in the letter.

Fulcher commented on the allegations against him, calling the situation "demoralizing" and "distracting to the people I represent." He said in part:

Attacks on policy positions are one thing, but this was designed to tear down character. Unfortunately, this instance represents just one symptom of the cancel culture on Capitol Hill. This culture is to create and celebrate as many partisan controversies as possible. The statue of Freedom behind razor wire - to imply ongoing, critical threats from citizens. Metal detectors on the House floor - to imply member-to-member threats, and members portrayed guilty of fabricated controversies with no due process. We have got to find a way to flush the divisiveness if we are to provide the American people the representation they deserve.