Tuesday, Feb. 12, is the final day to mail or drop-off ballots for the 2019 special election in Spokane County. 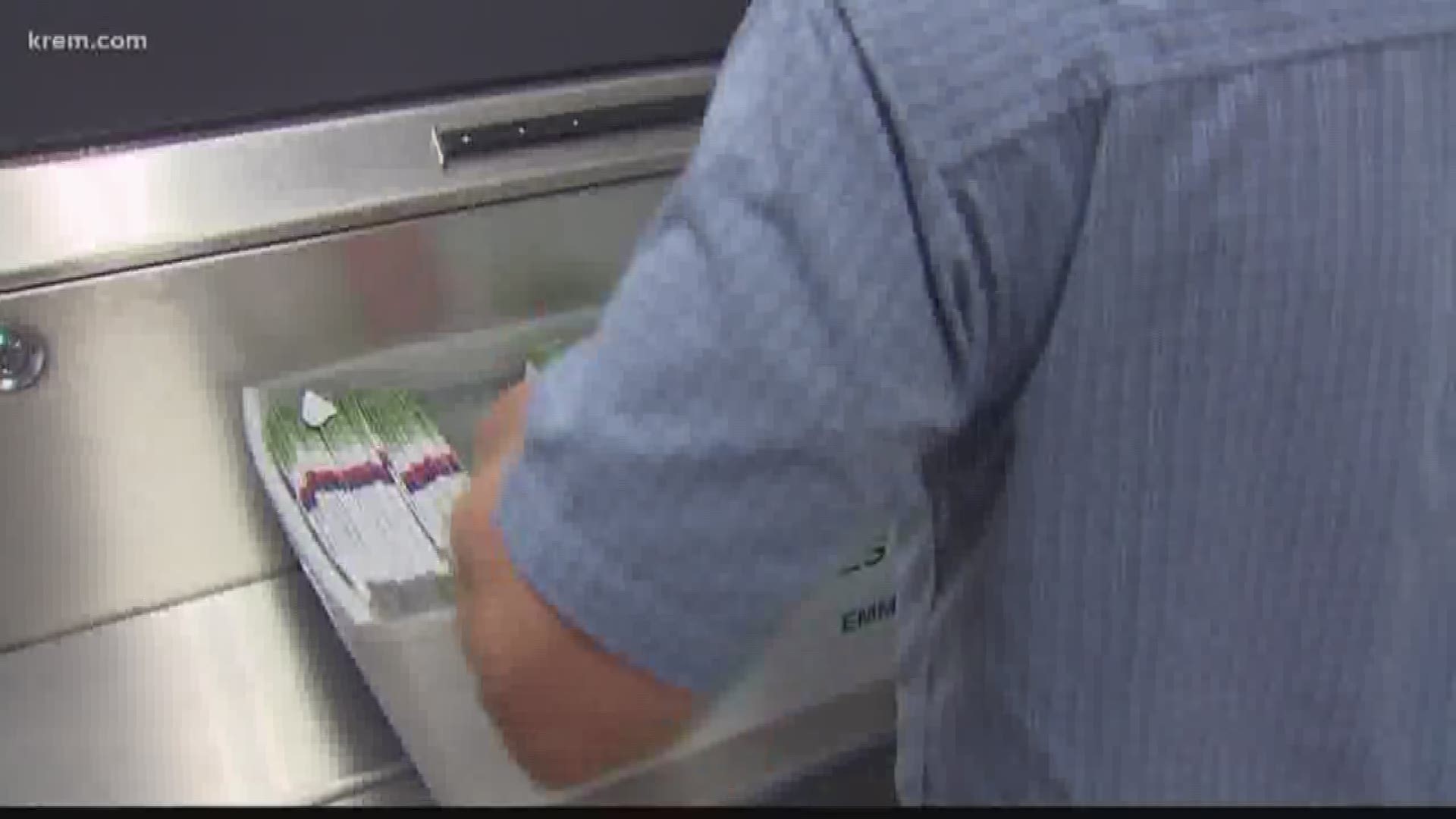 SPOKANE COUNTY, Wash. — Tuesday, Feb. 12 is the final day for voters in Spokane County to finalize their ballots for five measures, including a levy to increase property taxes in order to fund public safety efforts and a replacement levy to help fund Spokane Valley Fire Department’s maintenance and operations.

Ballots must be postmarked by Feb. 12 if sent by mail or dropped in a drop box by 8 p.m. Tuesday night to be counted in the election results.

Four of the measures deal with replacing existing or expiring levies. One — City of Spokane Proposition 1 — is a proposal to raise a levy lid. All deal with property taxes.

The Spokane County Auditor's Office said that 63,154 ballots had been returned county wide as of Feb. 11. This represents a little more than 27 percent voter turnout so far.

Voters will not see all of these measures on their ballots, as they only vote on those propositions that affect the area or district they live in.

Proposition 1 relates to a property tax levy passed by the Spokane City Council in December that would provide funding for “police and fire personnel and crime reduction programming.”

If passed, the proposition would add an additional 30-cent tax per $1,000 of assessed property value starting in 2020, according to the Spokane County Elections website.

The proposition is a levy lid lift, which happens when voters decide whether or not to allow their local taxing district to raise a tax levy more than the 1 percent state limit.

Part of the funding would go toward funding the Alternative Response Unit program, which allows for small vehicles to respond to “less acute requests for service” to allow larger fire equipment to remain free for use in the event of a large fire or emergency, according to the proposition.

The ARU program was originally funded by a SAFER grant scheduled to end in 2019. The loss of the grant “could result in the loss of up to 48 firefighters” and reduce operations of the program, according to the proposition.

For the policing portion of the funding allocation, money generated by the levy would go toward several areas of the Spokane Police Department, including the Behavioral Health Unit and increasing the number of officers working on property crimes, according to the proposition.

The funding would add officers to the BHU to help with outreach aimed at helping those suffering from mental illness. It would also increase Neighborhood Resource Officers, which help with community policing, according to the proposition.

Another specific area the funding would target is downtown, where the SPD would add five new officers if the levy is passed, according to the proposition. Evidence-based crime reduction programs and community crime solving specialists would also be increased.

Current estimates list approximately $5.83 million in revenue from the levy.

Spokane Mayor David Condon has come out in opposition to the resolution, saying the council should take the time to look for other ways to fund these programs.

This measure would replace an expiring levy and increase property taxes to fund operations and maintenance for the SVFD.

This proposition, which was adopted by the Spokane Valley Board of Fire Commissioners, would replace an existing levy to fund maintenance and operations for the department.

Taxes imposed by the levy, if passed, would start being collected in 2020. The first two years of the levy would see $1.90 in taxes for every $1,000 of evaluated property, according to the Spokane County Elections website.

Without the tax levy, the Board of Fire Commissioners said in the resolution that the money provided by the district’s expense fund will not cover their maintenance and operations costs.

The funds from the tax levy would “pay a portion of maintenance and operations expenses, equipment additions and station remodeling, and replacement of fire apparatus essential for basic fire and life protection needs,” according to the proposition.

This measure would replace an expiring levy and increase property taxes to fund maintenance and operation costs for SFPD 8.

This proposition, similar to the proposition put forward by the Spokane Valley Fire District, would replace an expiring levy to fund maintenance and operation costs.

If passed, the levy would add 50 cents in tax on every $1,000 of assessed property value, according to the election website.

Funding would cover the operating costs of the fire district, including salaries, equipment, repairs and facilities, according to the resolution.

This measure would replace an expiring levy and increase property taxes to fund maintenance and operation costs for SFPD 13.

This levy differs from the other two fire district levies in that it is runs for six years instead of four. It is, however, similar in that in covers the maintenance and operations costs, this time for EMS in the district.

It would also replace a levy that expires at the end of the year, like the other fire district levies, according to the proposition. This district covers the Newman Lake area.

The levy, brought forth by the Newman Lake Fire and Rescue Board of Commissioners, would put a 50 cent tax on every $1,000 of property value, according to the resolution.

Areas such as vehicle and facility maintenance and operations, medical supplies and medical appliances would be funded by the levy, according to the resolution.

There was no estimate of total revenue by year listed on the elections website or the resolution.

This measure would replace an expiring levy and increase property taxes to fund educational programs not covered by the state at OPSD.

This two-year tax levy would also replace an expiring levy for the school district, but only would last for two years.

According to the elections website, it would help cover expenses not funded by the State of Washington.

The resolution also states that, without the levy and with the expiration of the levy this proposition would replace, they would not receive enough money from the district’s general fund to “meet the educational needs of its students and pay expenses of educational programs and operation support not funded by the State of Washington.”