The levy faced stiff opposition this year from a community group who thinks the district is asking for an increase in tax revenue at the wrong time. 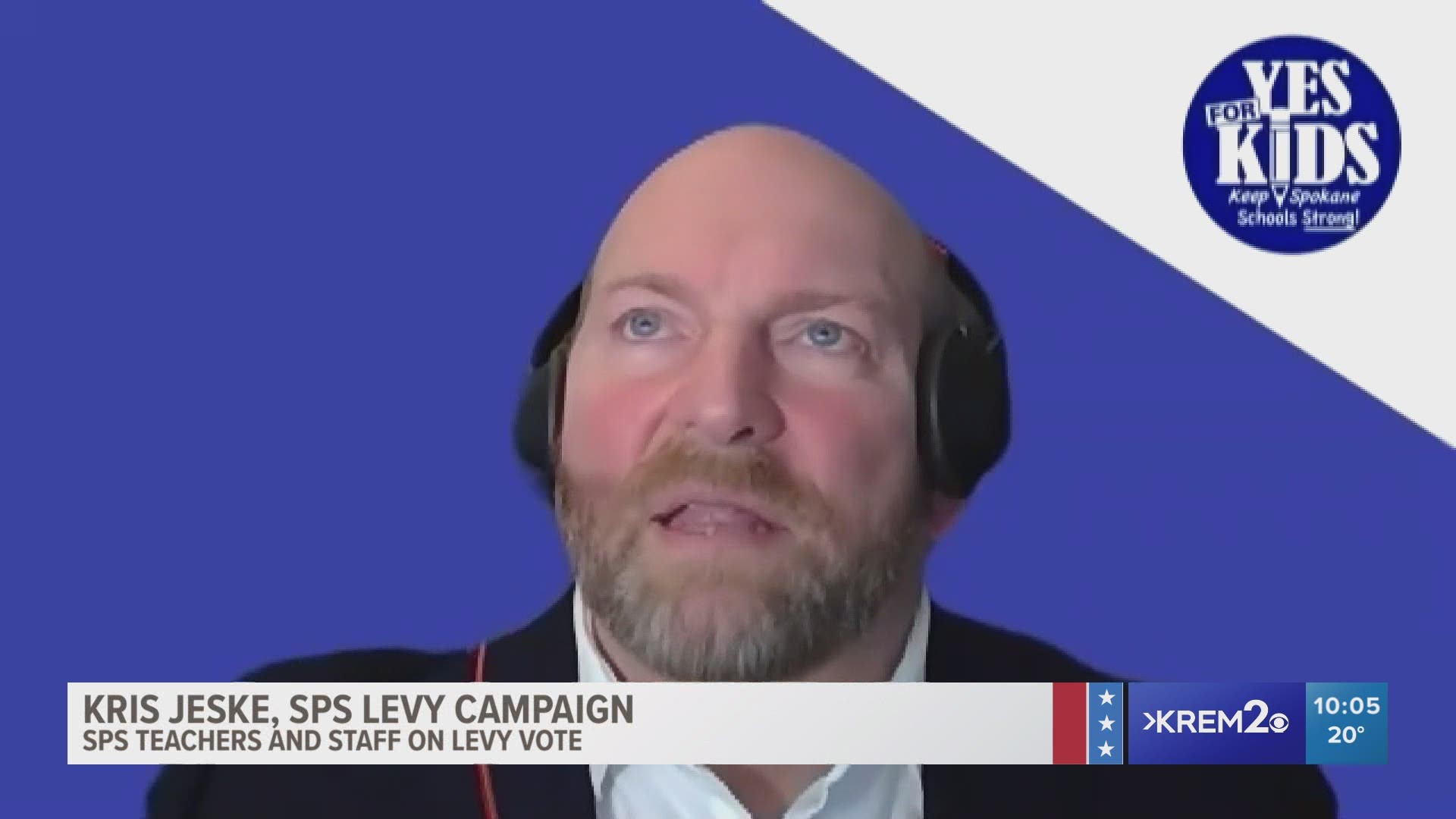 The Spokane Public Schools' replacement Educational Programs and Operations Levy in the 2021 Washington February Special Election has passed by a wide margin.

All votes have not been counted yet but there are only 1,965 vote left to count in the county as a whole, and the "Yes" votes lead the "No" votes by a margin of 15,296 votes on Tuesday night. So far, the voter turnout stands at 35 percent.

The levy will help cover gaps that the state doesn't cover, including special education and programming such as AP classes, according to SPS Superintendent Adam Swinyard. But this year, the levy faced substantial opposition from a group that claimed the district was asking for money at the wrong time, given the ongoing pandemic and parent frustrations over the pace of reopening schools.

In total, 13 of 14 public school districts in Spokane County have levies on the ballot this election, with most of them being replacement levies. A full list of results can be found on KREM's Elections page.

Swinyard said one reason for the requested increase in the school levy is due to a projected reduction in state funding.

"The district is losing a projected $42 million over the next three years in state funding. So our reliance on those levy funds will continue," Swinyard said.

Meanwhile, Joanna Hyatt, one of the leaders of the movement opposing the levy, argued that the district hasn't done enough within its current means to deal with the possible budget shortfall.

"You're not acting in good faith and you're not really saying we're here just for the essential of what we need," Hyatt said of SPS. "You're trying to take all you can get despite the suffering of the community."