While some voters have already returned absentee ballots, others have chose to vote early in-person. 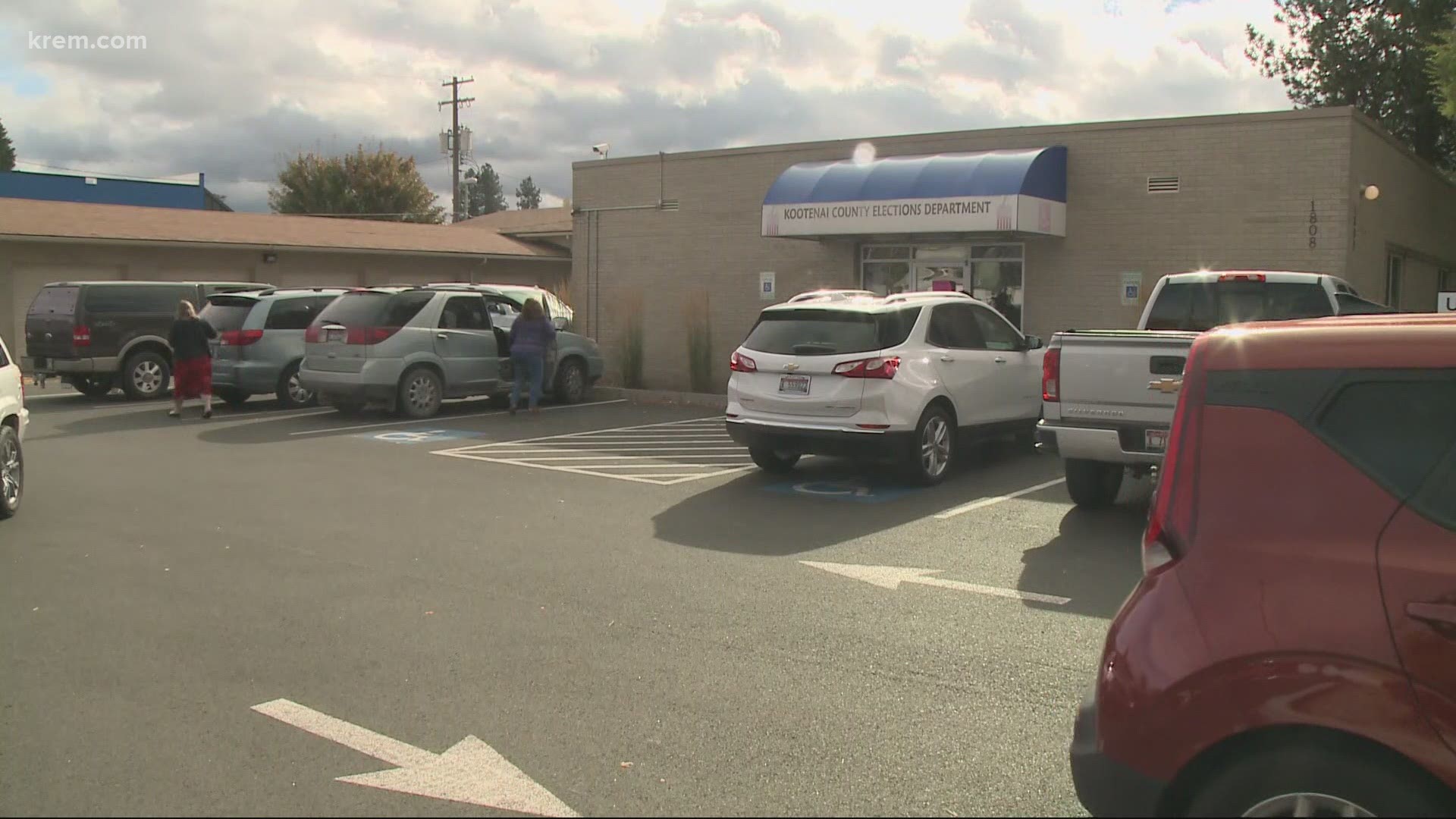 KOOTENAI COUNTY, Idaho — Early voting for the 2020 General Elections began in some Idaho counties on Monday, including in Kootenai County.

While some voters have already returned absentee ballots, others have chose to vote early in-person.

Officials in Kootenai County told KREM's Taylor Viydo that some people were lining up almost two hours in advance to cast their ballots.

"There's a lot of early voting, all over the country. This is a real important election," said Don Lemke, a voter in Coeur d'Alene.

Elections office staff said there was a steady stream of voters casting their ballots early since the doors opened at 8 a.m.

"I want to make sure my vote gets counted. I didn't want to put it in the mail, and I decided just to drop it off in the box," Lemke said.

Some people lined up early outside of the doors to ensure they got their chance to vote.

"Just to see the influx of people that have either voted by mail or are voting her in person, is very inspiring," said Jessica Mahuron, also a voter in Coeur d'Alene.

In Kootenai County, early voting is only taking place at the county elections office, but ballots for all precincts are available. Staff encouraged voters to social distance throughout the day.

Other measures included one-time use pens that were sanitized, physical dividers and voter verifying information by signing a tablet instead of paper.

This election has already been historic in Kootenai County, with more voters registered than ever before. The amount of absentee ballots requested in the county has already tripled the number requested in 2016.