Jon Ossoff effectively declares victory, saying he thanks Georgia 'for electing me to serve you'

His race with Sen. David Perdue is currently too close to call, within the margin that would allow the incumbent a recount. 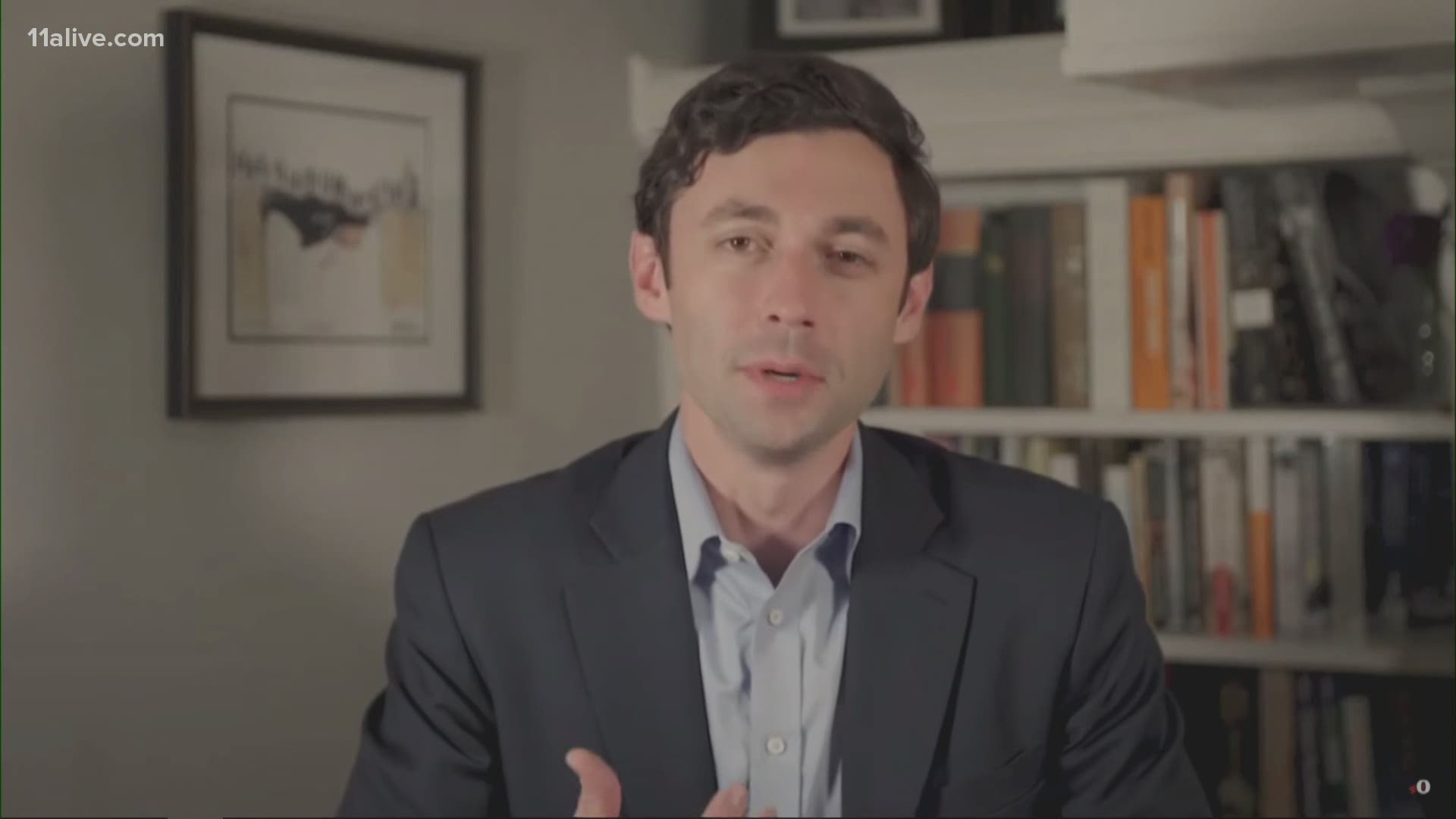 ATLANTA — Democrat Jon Ossoff, holding a narrow lead in his U.S. Senate race against Sen. David Perdue early Wednesday morning, effectively declared victory as he thanked Georgia "for electing me to serve you" and for "the confidence that you've placed in me."

There remain more votes to be counted in a number of counties, among them Fulton and Gwinnett, as well as military and overseas ballots that can be accepted up through Friday, as long as they were postmarked by yesterday. Provisional ballots can be cured up until Friday as well.

Though the race remains too close to call, and Sen. Perdue has not conceded, Ossoff assumed the victory in remarks he delivered in a virtual message.

The Associated Press has not declared a winner in the race either.

He said he "will work in the U.S. Senate" to improve the federal COVID-19 response and to deliver economic relief.

"I am honored, honored by your support, by your confidence, by your trust and I will look forward to serving you in the United States Senate with integrity, with humility, with honor and getting things done for the people of Georgia," Ossoff said.

In his own statement issued overnight, Sen. Perdue said that "we will mobilize every available resource and exhaust every legal recourse to ensure all legally cast ballots are properly counted."

With Ossoff's margin currently within .5%, Perdue would be entitled to request a recount under Georgia law.

"We believe in the end, Senator Perdue will be victorious," his statement said.

Ossoff appeared to already be looking beyond such a battle.