Here is where the Georgia U.S. Senate races stand

The Associated Press projects Rev. Raphael Warnock as the winner of one of the runoff races. 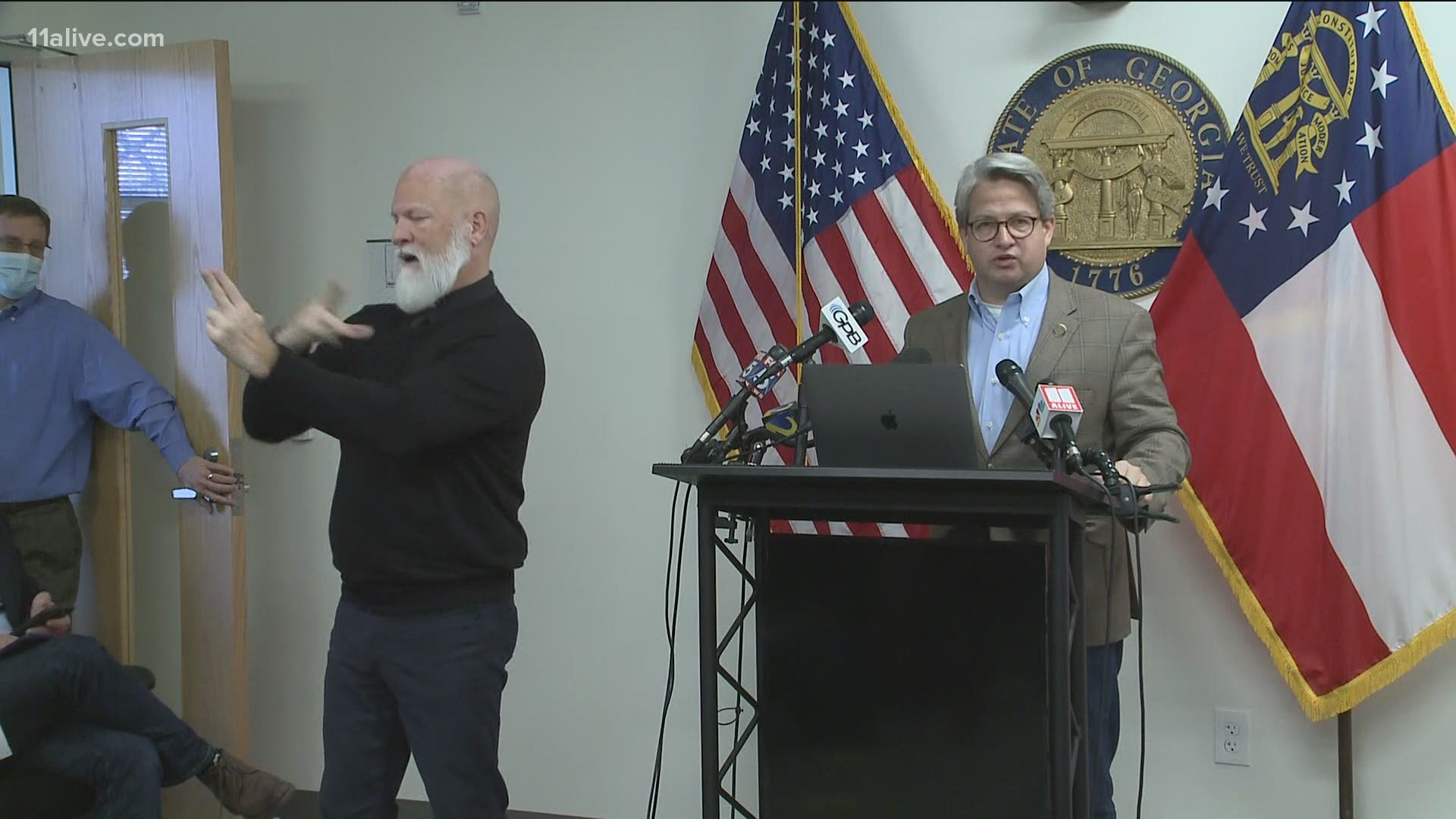 ATLANTA — In the early morning hours after election night, The Associated Press projected Rev. Raphael Warnock as the winner of one of the U.S. Senate runoff races.

Warnock's victory over incumbent Sen. Kelly Loeffler will make him the first Black senator in his state’s history. The win also puts the Senate majority within the party's reach.

A couple of hours before the race was called, both candidates gave passionate speeches about where the results stood at the time.

"We were told that we couldn't win this election," Warnock said in a virtual speech online. "With hope, hard work... anything is possible."

During Loeffler's speech, she vowed to "make sure every vote is counted." She told her supporters that she was headed to Washington, D.C. She'd previously said she'd object to the Electoral College vote, which is scheduled to be certified by Congress on Wednesday.

Here is a look at the results.

RELATED: Who is Rev. Raphael Warnock

The focus shifted to the second race between Perdue and Democrat Jon Ossoff. That contest was still too early to call for the majority of the day on Wednesday, until the Associated Press called the race after 4 p.m. in Ossoff's favor.

"As we've said repeatedly over the last several weeks and as recently as this evening, this is an exceptionally close election that will require time and transparency to be certain the results are fair and accurate and the voices of Georgians are heard," Perdue's camp said.  "We will mobilize every available resource and exhaust every legal recourse to ensure all legally cast ballots are properly counted. We believe in the end, Senator Perdue will be victorious."

“When all the votes are counted we fully expect that Jon Ossoff will have won this election to represent Georgia in the United States Senate. The outstanding vote is squarely in parts of the state where Jon’s performance has been dominant," Jon Ossoff’s campaign manager, Ellen Foster, said. "We look forward to seeing the process through in the coming hours and moving ahead so Jon can start fighting for all Georgians in the U.S. Senate.”

Below is a look at the results.

The Associated Press contributed to this report ,