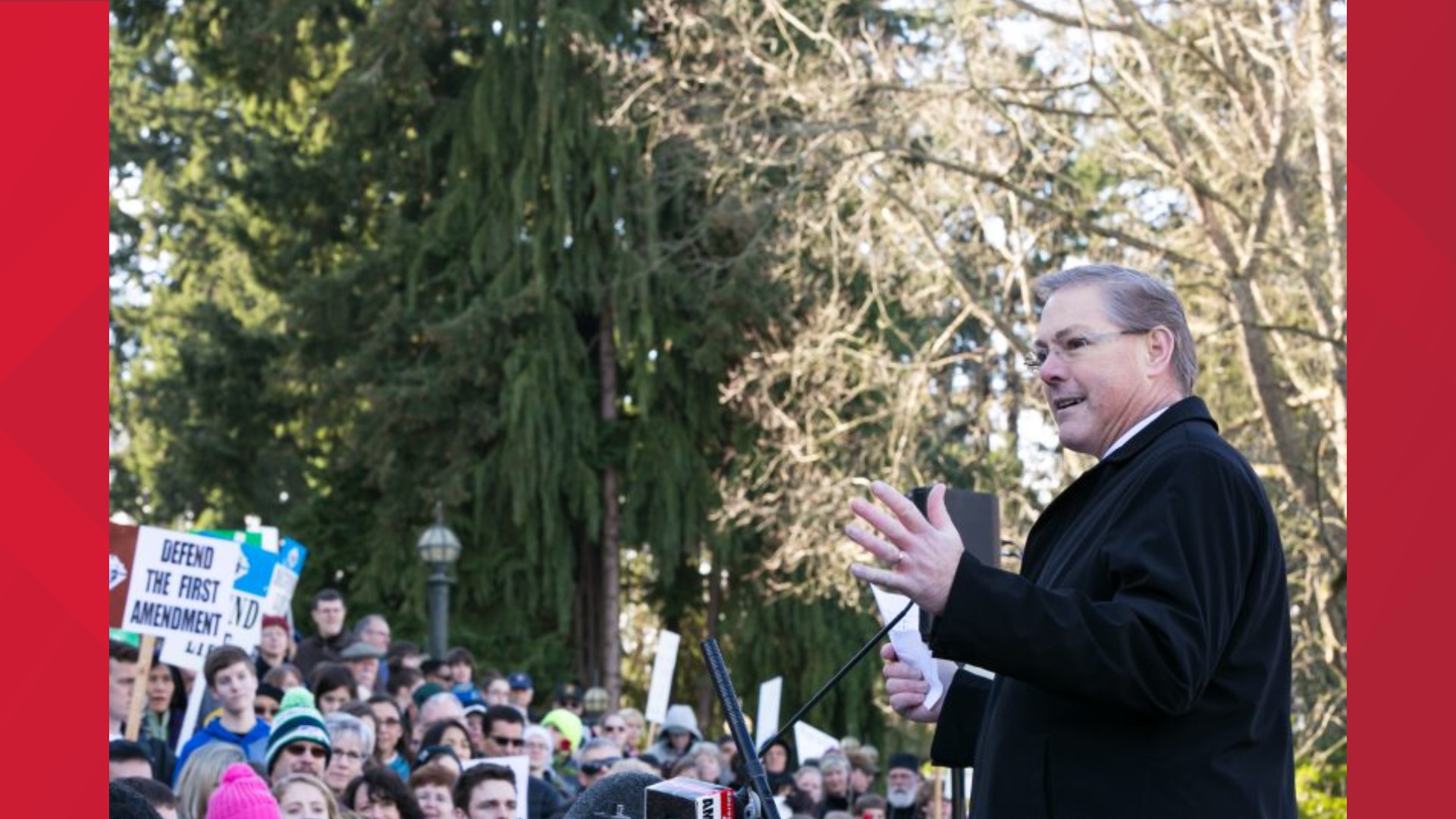 With just over three weeks until Election Day, KREM is rolling out a series of interviews with local candidates in key races — contests for state legislature where no candidate had a dominant victory in the August primary.

Currently, position 1 is held by Matt Shea. Position 2 is held by Bob McCaslin Jr. But earlier this year, Shea announced he would not seek the seat again. Democrat Lori Feagan was already running for it, and raising quite a bit of money.

Likely because of the strength of Feagan's campaign, McCaslin switched to running for position 1. McCaslin was first elected in 2014, and his name is well known thanks to his father serving as a state senator for decades. Republicans seemed to want an identifiable incumbent facing Feagan, rather than a newcomer.

McCaslin is running a quiet campaign. He did not respond to KREM's multiple requests for an interview, and posts on social media with relative infrequency.

He's generally seen as a quieter politician, at least in contrast to his seatmate Shea. He's a kindergarten teacher by trade, and typically avoids firebrand politicking.

But that doesn't mean he's considered a moderate. He's a staunch conservative who remains close to Shea. McCaslin continued to support him even after Shea was expelled from the GOP caucus.

The two have worked closely on a number of issues, including the Liberty State movement for Eastern Washington to secede from the west side of the state.

McCaslin is also one of the foremost opponents of the new comprehensive sex ed law. He proposed numerous amendments while it was a bill, and has said he considers repealing or at least significantly changing the law to be one of his top priorities for the next session.

When it comes to the handling of the pandemic, McCaslin has said the governor's safety measures made sense at first. But he's also criticized later aspects of the plan as inconsistent or unfair, such as which businesses can open and which can't.

McCaslin got just about 38 percent of the vote in the August primary, but he split the conservative vote with two other candidates, so he's certainly favored to stay in Olympia this November.