As the first Democrat to win the presidency in Georgia in 30 years, Biden said flipping the Senate to an even 50-50 could bring immediate relief. 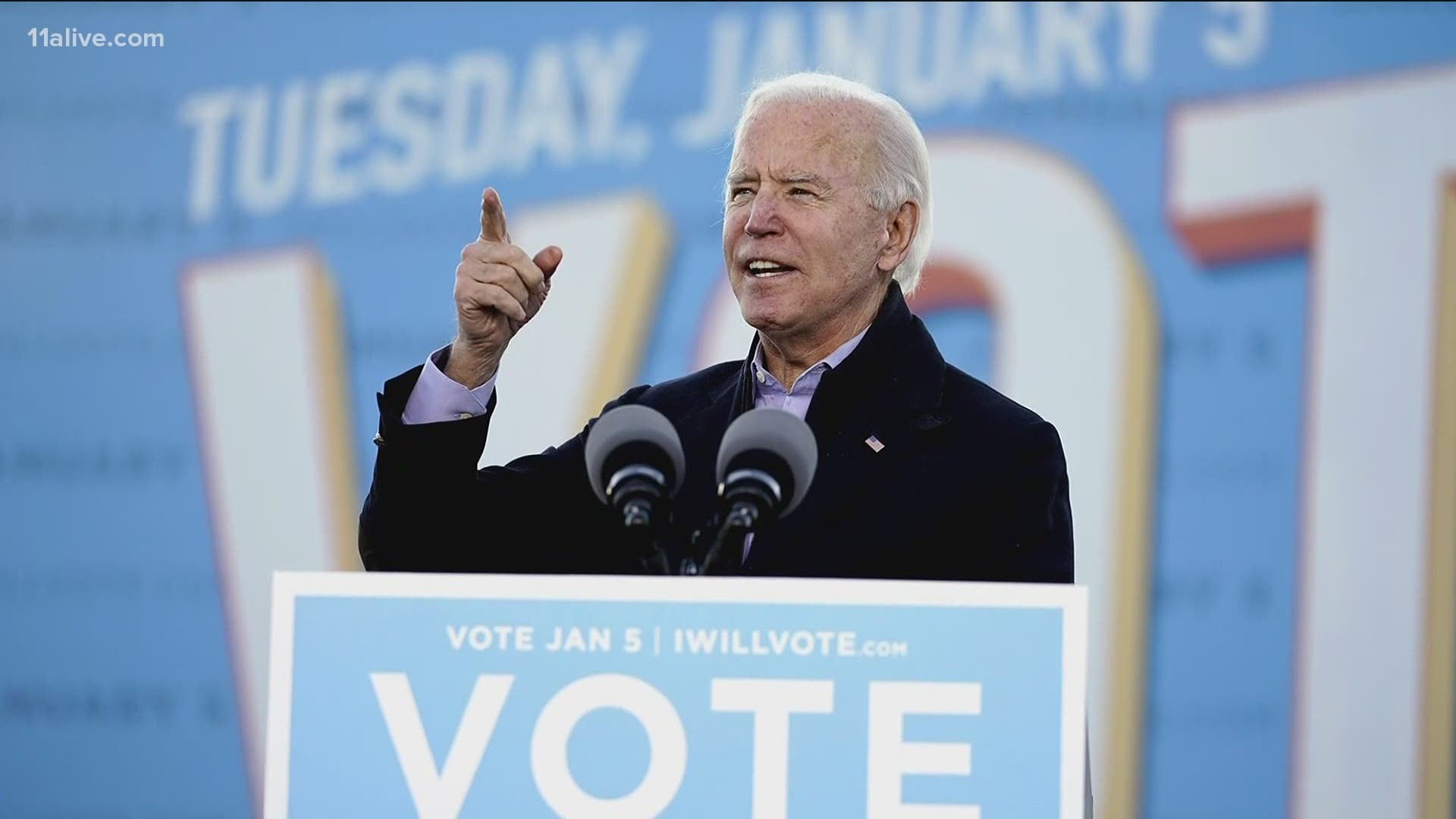 ATLANTA — President-elect Biden had his own message for voters on Monday when he held a drive-up rally in Atlanta - the capital of a state that could define his first two years in office.

Power and impact were the two things Biden said Georgia voters have right now. They have the power to pick the politicians and shape the impact the federal government will have on all Americans.

As the first Democrat to win the presidency in Georgia in 30 years, Biden said flipping the Senate to an even 50-50 could bring immediate relief such as higher stimulus checks.

"If you send Jon and the reverend to Washington, those $2,000 checks will go out the door, restoring hope and decency and honor for so many people," he said.

Political analysts said the base who motivates their voters to get out the most will win. This election comes at a time when many still question Georgia's election process. Biden took a swipe at the president for continuing to fight the election results.

"The president spends more time whining and complaining than doing something about the problem," Biden said.

And he accused Senators Kelly Loeffler and David Perdue of being blindly loyal to Trump. The Rev. Raphael Warnock also knocked Loeffler for the constant name-calling during the campaign.

"My mother down in Savannah says it's not what they call you," he said. "It's what you respond by and, in a few days, she can call me Senator Warnock."

Calling the senators the Bonnie and Clyde of corruption, says keeping them in their seats would not mean a gridlock in Washington.

"If Mitch McConnell and the Republicans hold onto the Senate, they will try do to Joe and Kamala exactly like they tried to do to Barack Obama," he said.

And the President-elect said that if the two do win, he doesn't want them to pledge an oath to him - rather he wants them to be loyal to Georgians. Biden added that, no matter what, he remains optimistic about the future of the country.