Eastern Washington leaders push to be considered in Phase 3 planning

Governor Inslee said he has to collect more data before announcing a plan for Phase 3 in Washington. 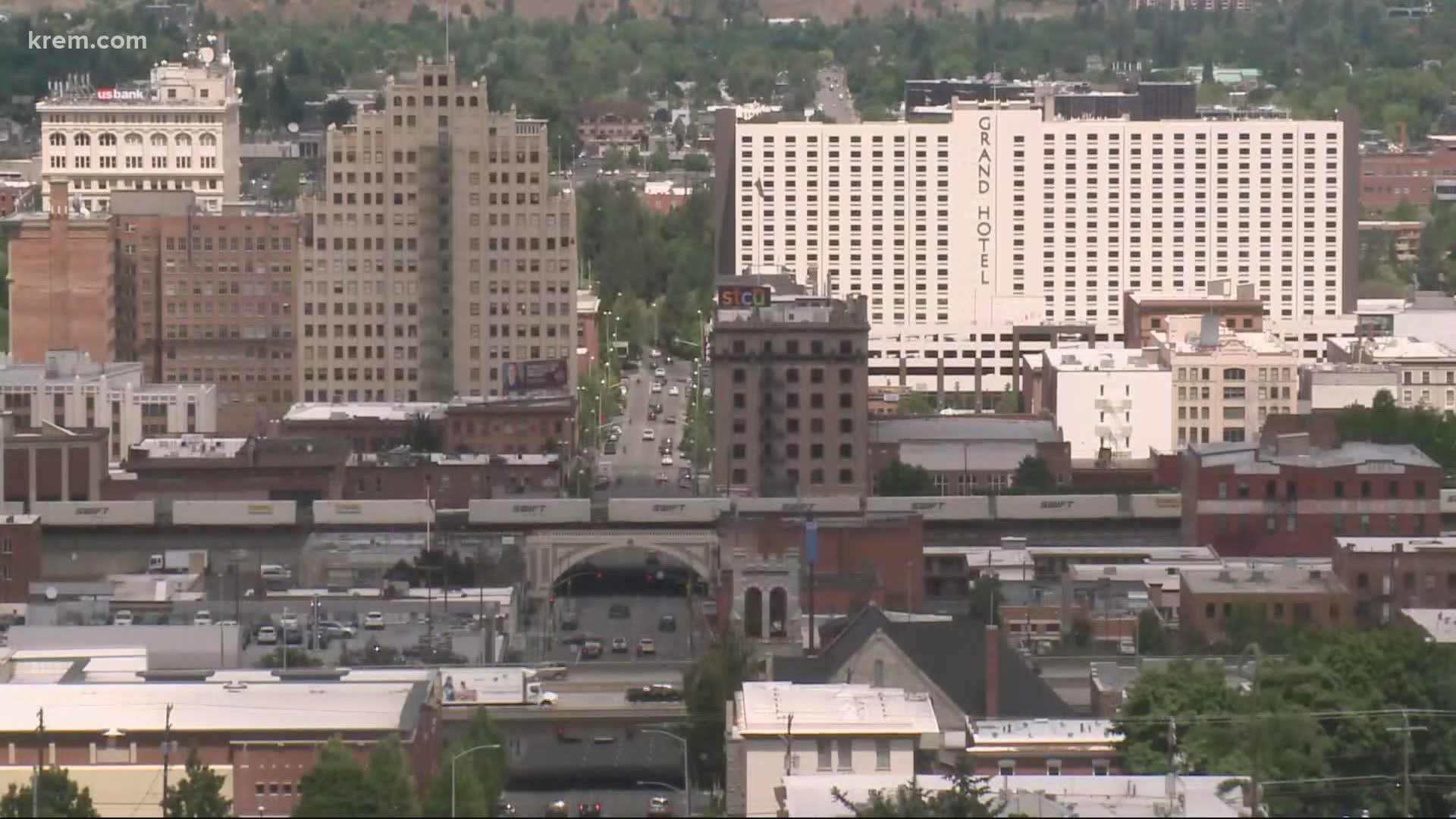 SPOKANE, Wash. — Since the current reopening plan was announced by Washington Governor Jay Inslee in January, it's been modified multiple times. But one fact has remained consistent: we have yet to receive word on what a Phase 3 might look like or what would be required to get there.

In an interview with KREM, Inslee said the state is currently working on developing a plan, but that before one can be announced, a lot more data needs to be collected.

In Eastern Washington, local leaders want to make sure that data collection includes feedback about the specific needs of our region.

"I think it's important for the governor's office and those who are leading the effort to get to Phase 3 and 4 to understand that in Eastern Washington, we have a different makeup of business sectors, and many of our jobs are very reliant on hospitality," said Spokane Mayor Nadine Woodward.

That's why Woodward joined several other eastern mayors in writing a letter to the governor with suggestions for the next phase.

"We haven't had a seat at the table yet, but that's why we decided to go ahead and send off this letter with suggestions," she said. "We just don't want to wait and wait to be invited. We asked to be invited but we're going to offer suggestions in the meantime, and the governor was very receptive of that."

"They were very appreciative of hearing from the east side of the state on what we would like to see, considering some of the uniqueness that we have over here, being a border region to a state that's fully open," said Woodward.

Inslee said such feedback is important, and in addition to the bi-weekly communication he has with Woodward, he's in frequent contact with Spokane-area legislators like Senate Majority Leader Andy Billig.

"Fortunately you have great legislators in Spokane County, and I can assure you that any concern that your mayor had, Senator Billig made sure [I knew about] probably every 3 or 4 days," said Inslee.

One of the biggest questions about Phase 3 is how localized it will it be. In other words, whether Inslee will take a uniform statewide approach or a more flexible regional approach.

In the past, Woodward has been a strong advocate for the latter.

"And the governor listened to those of us who said hey Eastern Washington is different than Western Washington, please consider a regional plan," she said. "And he did!"

Inslee said right now that decision has yet to be made for the next plan.

"If you have a state-based [approach], you have a more common base. So, we're all in this together. We all understand the situation. It is more consistent," he said. "But it is less flexible to the particulars of your neighborhood. So each has an asset and a liability. We try to make the best decision that we have. We have not made decisions about the next phasing, which way it should be."