The 'Yes' votes for the three levies remain ahead after the second count on Tuesday, with only 175 ballots left to count. 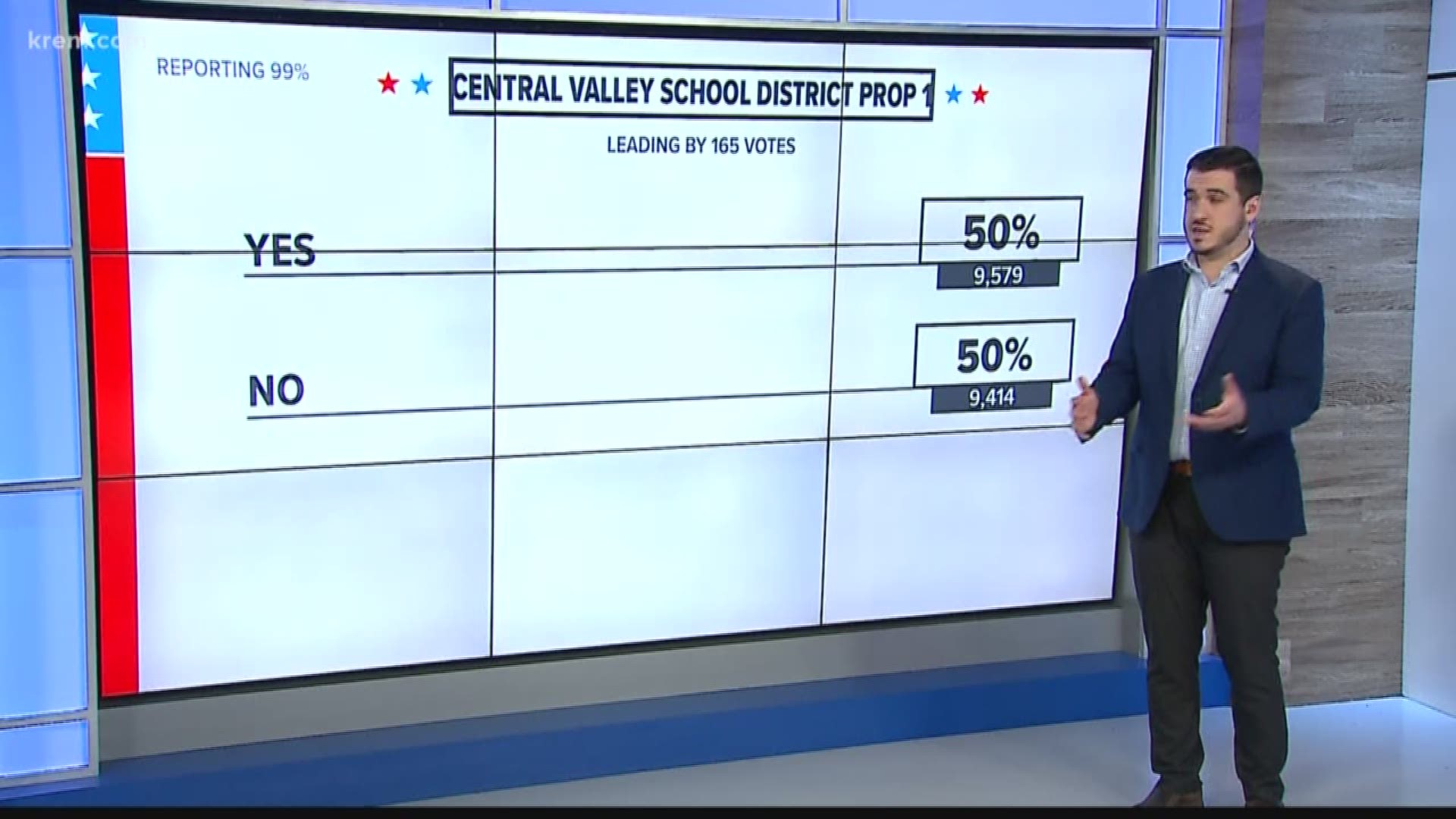 This levy would cost voters $1.00 for every thousand dollars of house value.

East Valley's Prop. No. 1 is an educational and operational levy for $10 million and would be renewed for four years. It would cover technology and extracurricular costs, as well as maintaining funding for employees. It would also add a second deputy resource officer.

The levy would cost voters about $2.50 per thousand dollars of home value

East Valley's Prop No. 2 is a capital levy for $7 million and would be renewed for two years. It would include construction projects, such as new parking lots at elementary schools.

This capital levy would cost voters about $0.90 for every thousand dollars of home value.

According to the Elections website, there are 175 votes left to count, although not all of these votes may lie within a single voting district. The next ballot count is projected to take place on Thursday, Feb. 13.

For full election results, including for smaller districts outside of Spokane and Spokane Valley, click here.