'I will walk with truth': Betsy Wilkerson sworn in to Spokane City Council

Wilkerson, who represents District 2, was sworn in as a part of the annual MLK Jr. Community Service at Holy Temple Church of God in Christ. 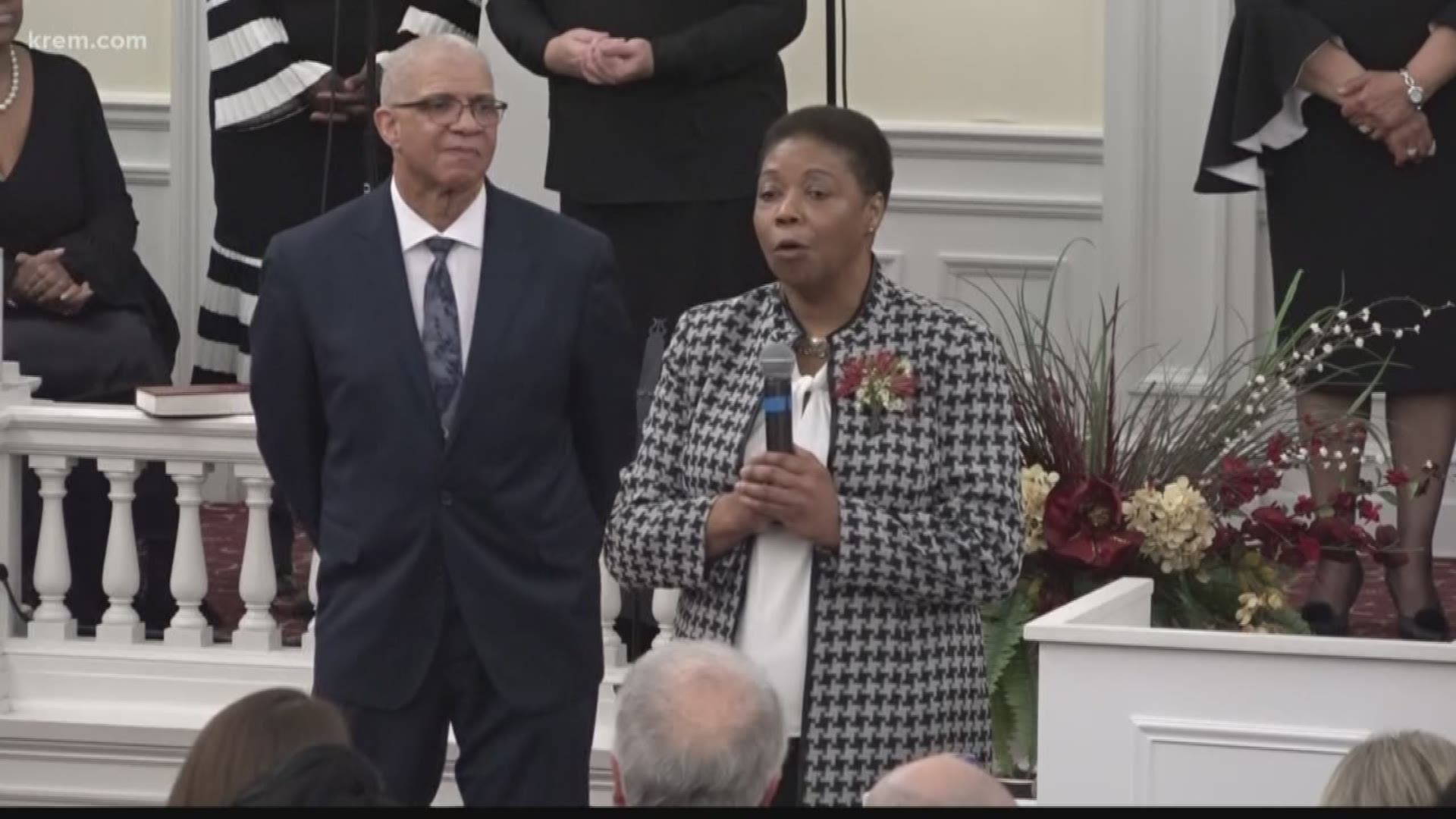 SPOKANE, Wash. — Betsy Wilkerson was sworn in today representing District 2 as the first African-American member on the city council in nearly 20 years, and only the second in Spokane's history.

The ceremony took place as a part of the annual Martin Luther King Jr. Community Service at Holy Temple Church of God in Christ.

Wilkerson was one of seven finalists for the position. She is the board president for the Carl Maxey Center, and a longtime local business owner, running Moore's Assisted Living.

After the vote, Wilkerson hugged her grandchildren, citing them as her inspiration for seeking the appointment. In a brief address to the rest of the council, she said, "Spokane is a city of promise. It's a city of opportunity."

Wilkerson will become the only person of color on the council after she's sworn in on a date yet to be announced.

"I really do come with a different perspective. My pathway in life has been very different from most at city council," she said in an interview with KREM. "I have had to walk alone in my leaderships roles, I have had to go further to meet people, I've had to listen, and I've had to learn when to step back."

Council members praised her work and experience in both business and community outreach, experience Wilkerson says will help prepare her for this new role.

"And I look at balancing the needs and the wants of the people in East Central with the resources that are available," she said, referring to the Carl Maxey Center, which is designed to empower black Spokane residents..

Wilkerson says promoting diversity will be a policy priority when she takes office: "being more inclusive of businesses of color, doing that outreach, building those relationships."

By approving the appointment unanimously, the council helped live up to the promises of many of its members to form a more united local government, in a moment Wilkerson called "amazing."

"When [the voting lights] all came up green, I was just thinking: this is where I'm supposed to be. At this time. In this moment," she said.

Mayor Nadine Woodward, in attendance again Monday night after promising to frequently attend council meetings (something past mayors did rarely), did not have a vote. However, she afterwards told reporters she believes Wilkerson will be "fantastic for Spokane."

Other issues Wilkerson wants to tackle quickly include housing and tenants' rights, issues she, like other council members, believe can only be solved with better collaboration and communication.

"I will walk in my truth, and I will ask the questions that maybe only I can ask, and I'll be honest in my responses," said Wilkerson.

The seat represents District 2, covering Spokane's South Hill. Wilkerson will finish Beggs's old term, which runs through 2021. She could then choose to actually run for the seat as an incumbent.

The list of over 30 applicants was narrowed down to seven by the council last week; finalists were interviewed Monday morning. 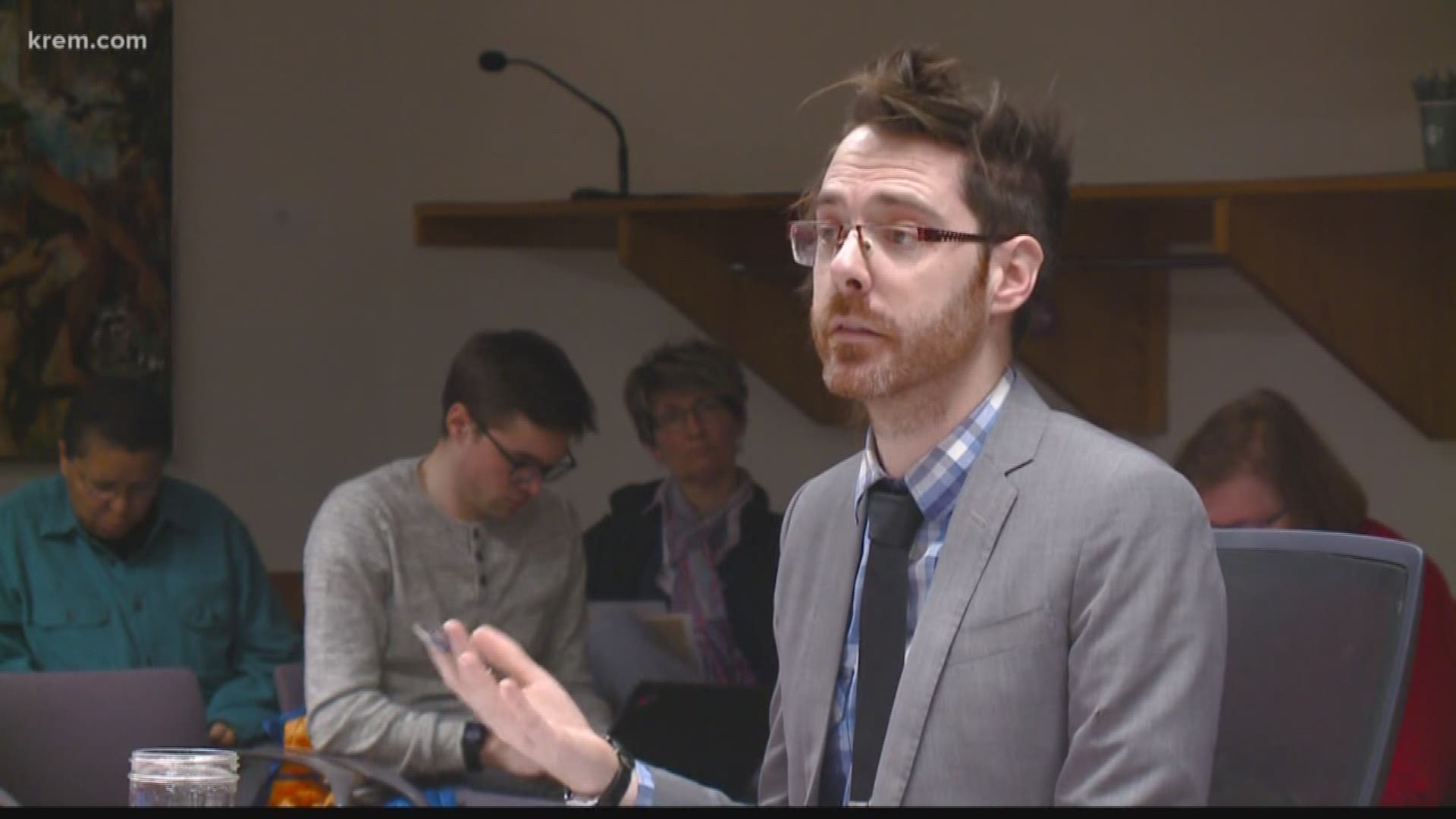