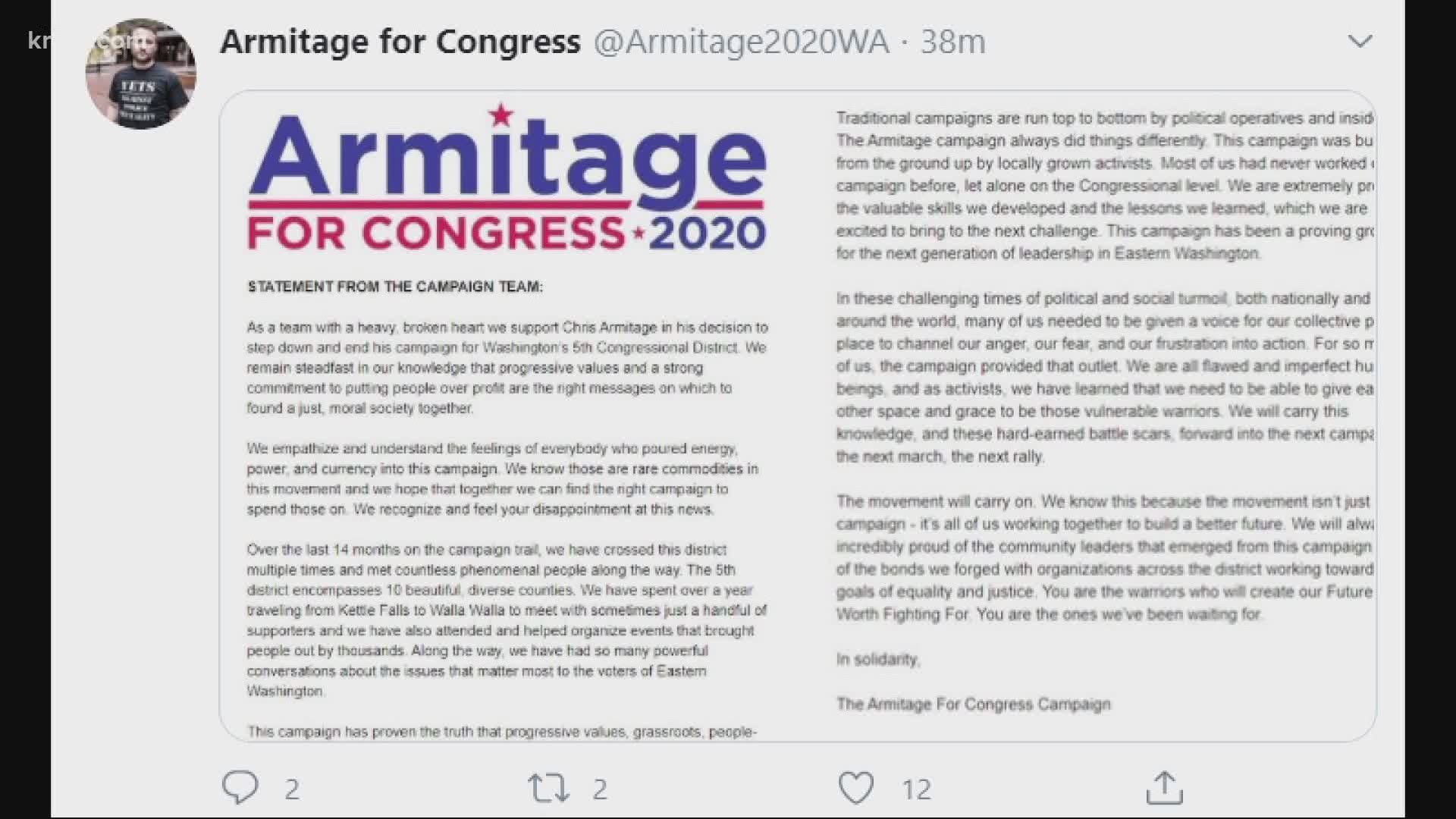 SPOKANE, Wash. — Democratic congressional candidate Chris Armitage announced on Friday that he was ending his campaign amid mental health conditions and "an allegation that what I considered at the time to be a consensual relationship was not."

Armitage was running for Washington's 5th Congressional District, a seat held by eight-term Republican incumbent Cathy McMorris Rodgers. Ballots have already been sent out for the 2020 Washington Primary Election, meaning Armitage will still appear on the ballot.

In a statement released on his campaign's official Twitter account, Armitage's campaign said his mental health has declined in recent months. It also said that as his mental health got worse, he was "made aware of an allegation that what I considered at the time to be a consensual relationship was not."

Armitage said in the statement that he still remembers the relationship as being "explicitly consensual and positive," but that is "not the recollection of the person who brought their experience to light." He also said that he "will not take her experience and try to redefine it."

He would go on to apologize and say that he hopes more people learn about distinctions between explicit, affirmative and implied consent.

Near the end of the statement, he said he knows "he cannot be the person I want to be or the candidate I want to be right now."

RELATED: How much money is being spent on the 2020 race for Congress in Eastern Washington?