It happened as a mass of pro-Trump protesters breached the U.S. Capitol in Washington. 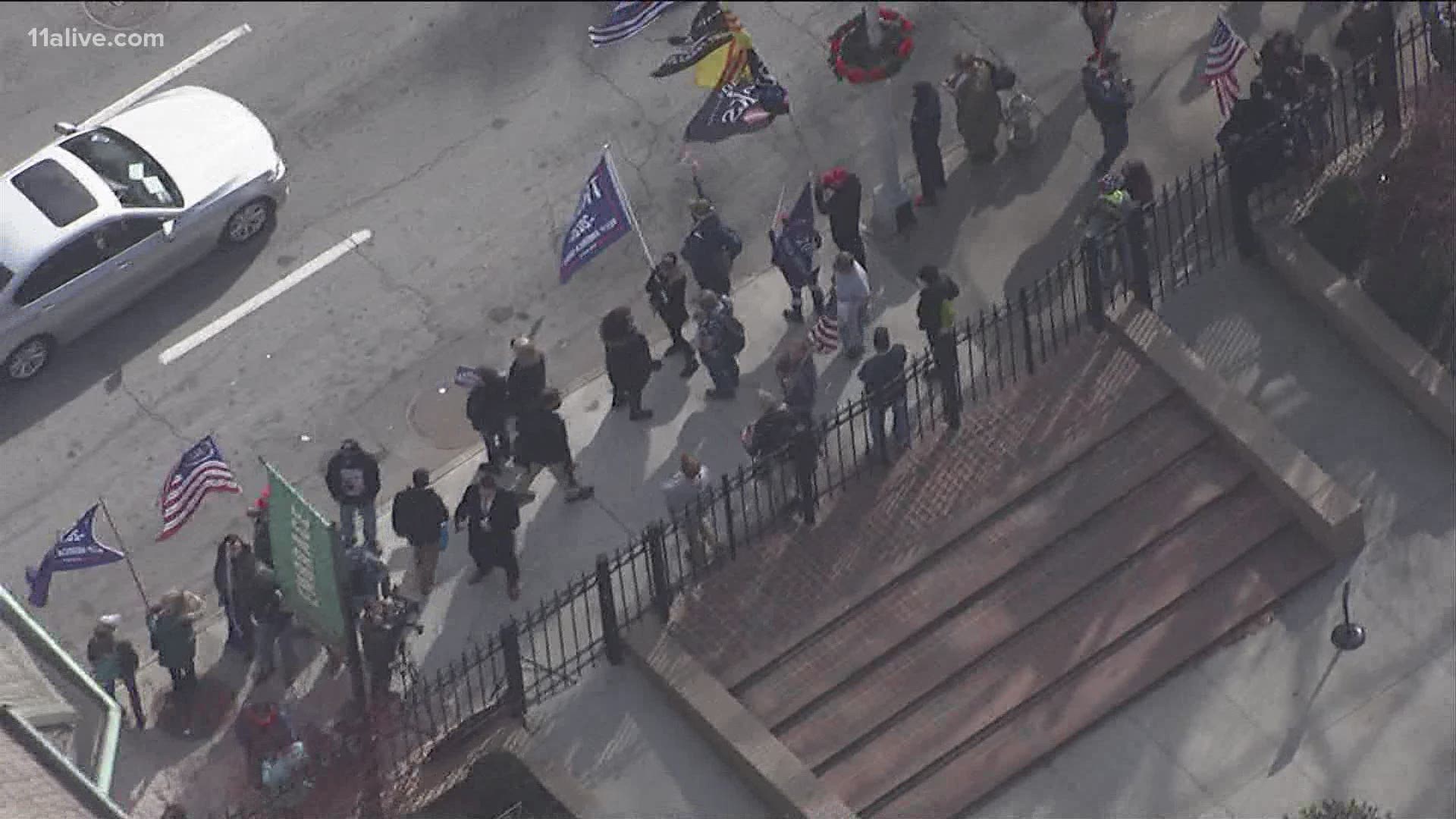 ATLANTA — Georgia Secretary of State Brad Raffensperger left the Georgia Capitol on Wednesday afternoon for safety, as a mass of pro-Trump protesters breached the U.S. Capitol in Washington D.C.

Raffensperger was helped out of the state capitol building with assistance, according to a spokesperson from the secretary's office.

According to Raffensperger's office, the secretary would be working remotely as a precaution for any potential escalation, not due to any direct threats to him.

Amy Gardner, a Washington Post journalist, reported it happened as militia members gathered outside the Capitol in Atlanta.

Aerial images showed a smaller group of pro-Trump protesters outside the Georgia Capitol earlier in the afternoon.

As of 3:15 p.m., there did not appear to be any significant demonstration going on outside the Capitol.

In addition, the state's largest county, Fulton County, stopped ballot processing and tabulation for the day following the events in Washington.

Fulton County spokesperson Jessica Corbitt said that tabulation in Georgia's two U.S. Senate runoff races was halted “out of an abundance of caution.”

The county's elections director told the board of commissioners that the county had about 7,500 mail-in absentee ballots left to upload.

The Associated Press has called the runoff contests for Democrats Jon Ossoff and Raphael Warnock.