Affirmative action has been illegal in Washington since a 1998 initiative overturned an earlier version of the policy. 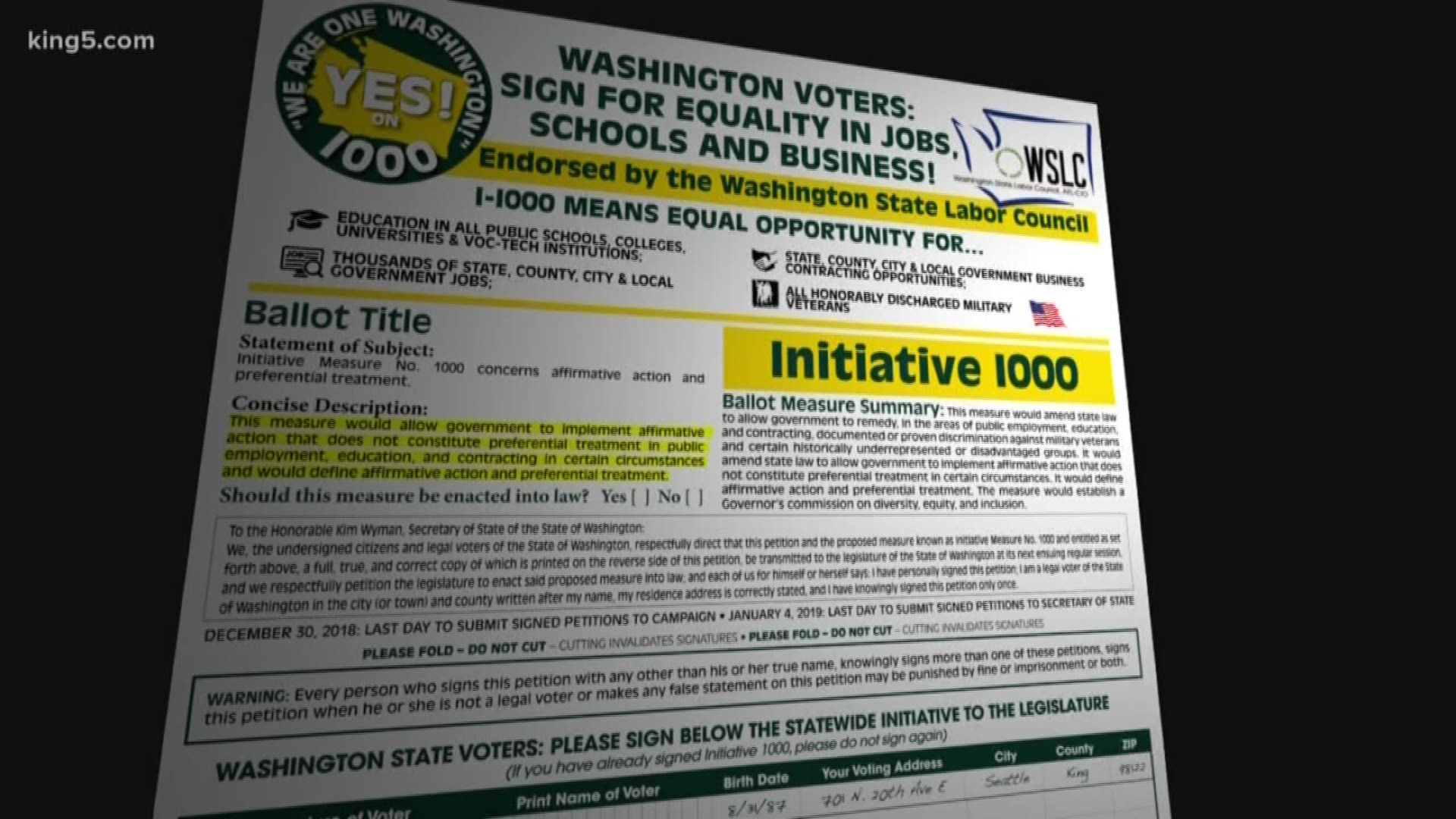 Editor’s note: The video above was originally published in August 2018.

An initiative to bring back a form of affirmative action in Washington has cleared final votes in the state House and Senate and will become law.

Initiative 1000 will allow recruitment goals for minority candidates in state jobs, education, and contracting, significantly loosening existing restrictions on targeted outreach and other forms of affirmative action. The measure passed the Senate on a 26-22 vote Sunday night after the House passed it 56-42.

Affirmative action has been illegal in Washington since a 1998 initiative overturned an earlier version of the policy.

The measure will allow consideration of factors like race, sex, ethnicity, and disability — but not as the sole qualifier for an otherwise less-qualified applicant.

As an initiative to the Legislature, lawmakers had the option to send I-1000 to a popular vote; with approval in both chambers, however, it now heads to the Secretary of State to be entered into law.