Millions were spent, but that didn't always result in victories. 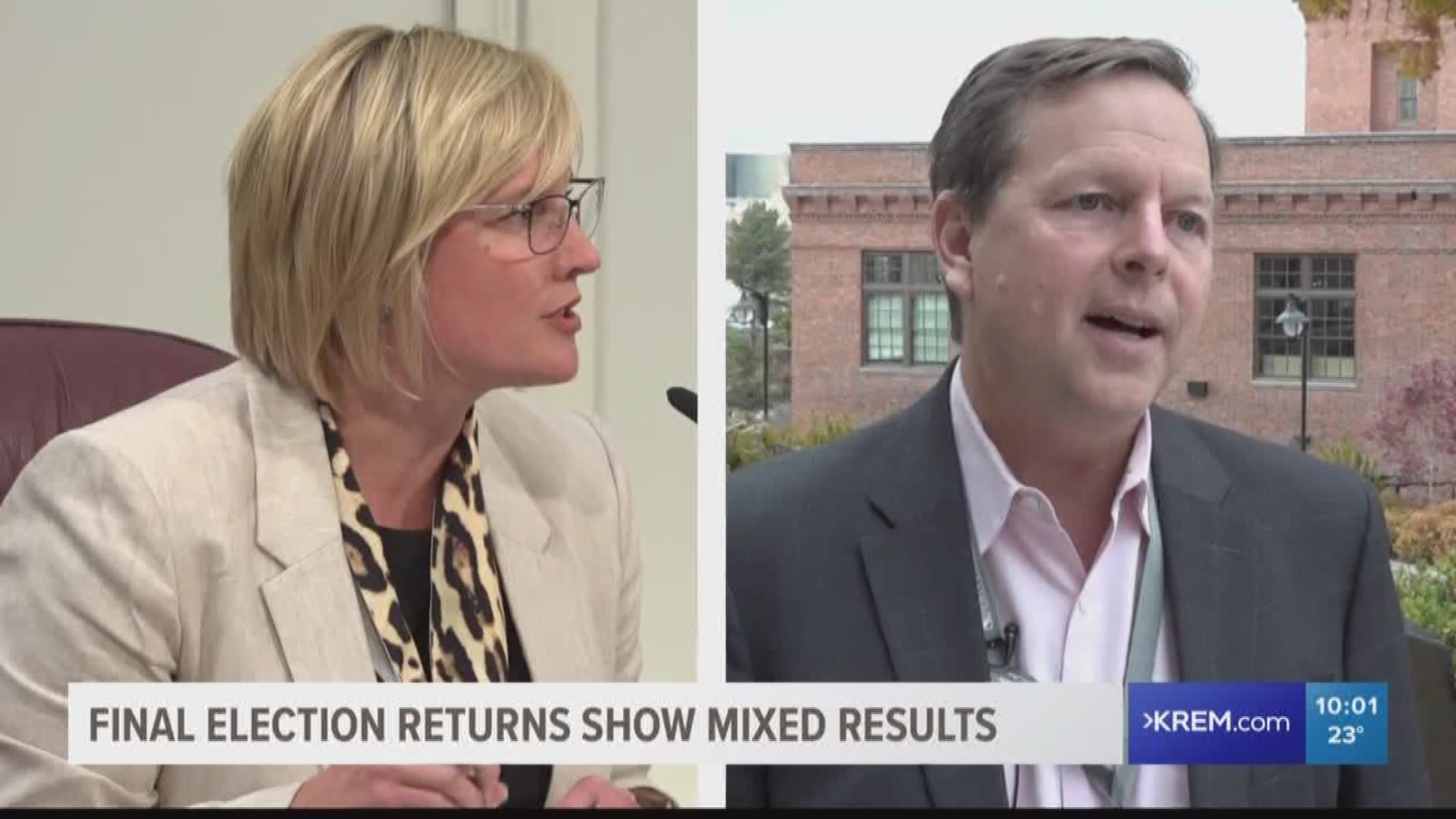 SPOKANE, Wash. — On Tuesday, Spokane County at last certified the 2019 election results, completing one of the wildest and most expensive political cycles the city has seen in years.

For some candidates, big donation figures and even bigger outside support (via independent expenditures, which do not require a candidate's approval) helped lead them to victory.

But for others, money did not translate to success.

Thanks to the certified vote tallies and most recent Public Disclosure Commission reports, we can calculate precisely how much each candidate effectively spent per vote.

Nadine Woodward and her supporters totaled $20.83 in spending for each vote Woodward received.

That's significantly more than Ben Stuckart; each of his votes cost $16.07.

Both are more than any mayoral candidate has spent in the past three elections. Only two of those six candidates ever even reached double-digit dollar amounts per vote.

The spending, of course, paid off for Woodward. She'll be Spokane's next mayor after winning a very narrow race.

Credit: Casey Decker, data from PDC
How much a vote for a mayoral candidate has cost, since 2007.

Things get more interesting in the closely-contested race for city council president.

In the past three elections for that seat, no candidate crossed even the $4.00 per vote threshold.

This year, the winner, Breean Beggs, spent $4.69 for each vote he received.

Cindy Wendle and her supporters spent $18.49 per vote, nearly four times as much. Nonetheless, Beggs eked out a victory.

In that race at least, money was not everything.

Credit: Casey Decker, data from PDC
How much a vote for a council president candidate has cost, since 2007.

For the rest of the council, spending numbers were roughly on par with elections in the past, with slight variation from race to race and candidate to candidate.

Andy Rathbun spent by far the most overall this year, and more than any candidate spent in the last council elections in 2017. Between donations and independent expenditures, $143,502.54 was dropped on his candidacy.

Nonetheless, he lost to Karen Stratton.

However, Rathbun did not spend the most per vote. That distinction goes to Michael Cathcart, who won his election. His votes cost $15.09 apiece.

Still, Catchart was actually outpaced in that metric by one candidate in 2017. Andy Dunau spent $15.29 per vote that year, losing then to Breean Beggs, who spent $8.37 per vote, the second lowest of any council candidate that year.

Credit: Casey Decker, data from PDC
Money spent per vote for candidates for Spokane council in 2017 and 2019.

The new Spokane city government will take office at the end of 2019.