Two men are dead and another man is in critical condition after a violent altercation in Bellevue Saturday. A woman is also being treated for injuries. 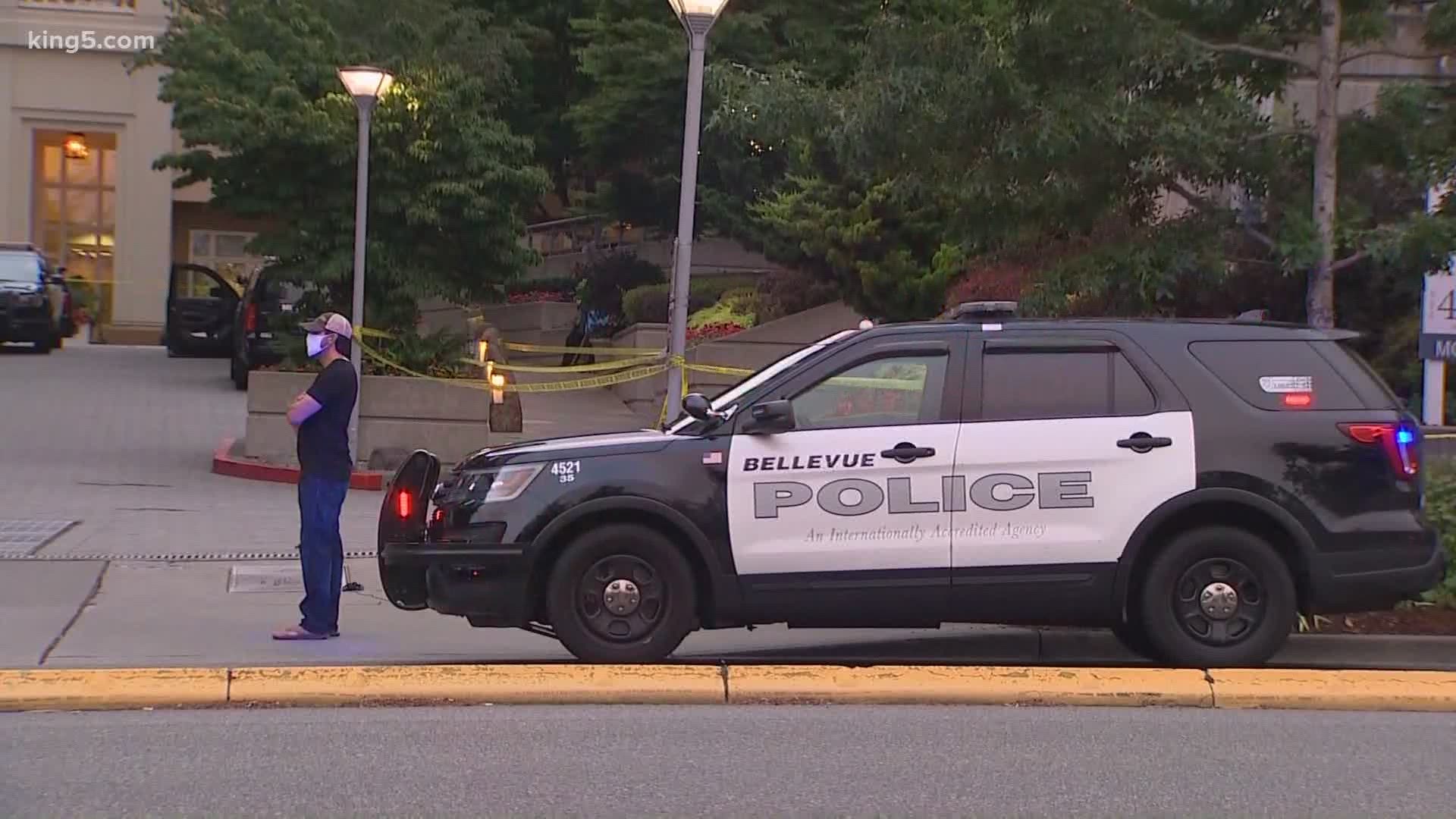 Two men are dead and another man remains in critical condition after a violent altercation in Bellevue Saturday evening. A woman was also wounded and is being treated for non-life threatening injuries.

Police said the violence stemmed from an apparent housewarming party at a high-rise apartment complex near downtown Bellevue.

Emergency units responded to reports of "multiple people" shot or stabbed at the Elements Apartments at 958 111th Ave NE around 7:30 p.m. Saturday.

There is no ongoing threat to the public, according to police. Officers remained on the scene Sunday morning.

Police said the suspect and victims knew each other, but could not say who initiated the stabbing or shooting.

Police would not say if the suspect is among the deceased. They confirmed everyone involved is accounted for and "there is no danger to the public."

Bellevue Police Chief Steve Mylett said officers arrived to a chaotic scene and the investigation stretches from the 3rd floor of the complex down to the first floor.

"A lot of people hysterical, understandably so," Mylett said. "When officers get there and the doors open, you're faced with a person with a gunshot wound. We don't know who did what. Multiple people are bleeding from injuries that they sustained. Again, we're trying to preserve life and then control a very chaotic scene."

The Bellevue Fire Department initially referred to the scene as a "mass casualty incident."

Police have not said what led up to the violence.

Fire units on scene with @BvuePD of a mass casualty incident. Police will be providing updates. pic.twitter.com/3Iaql0DtcG

We are responding to a report of multiple individuals shot/stabbed 958 111th Ave NE. PIO enroute. Media staging at NE 10th/111