Police in Kansas respond to ‘the most ridiculous call of 2019’

It's quite the saga. 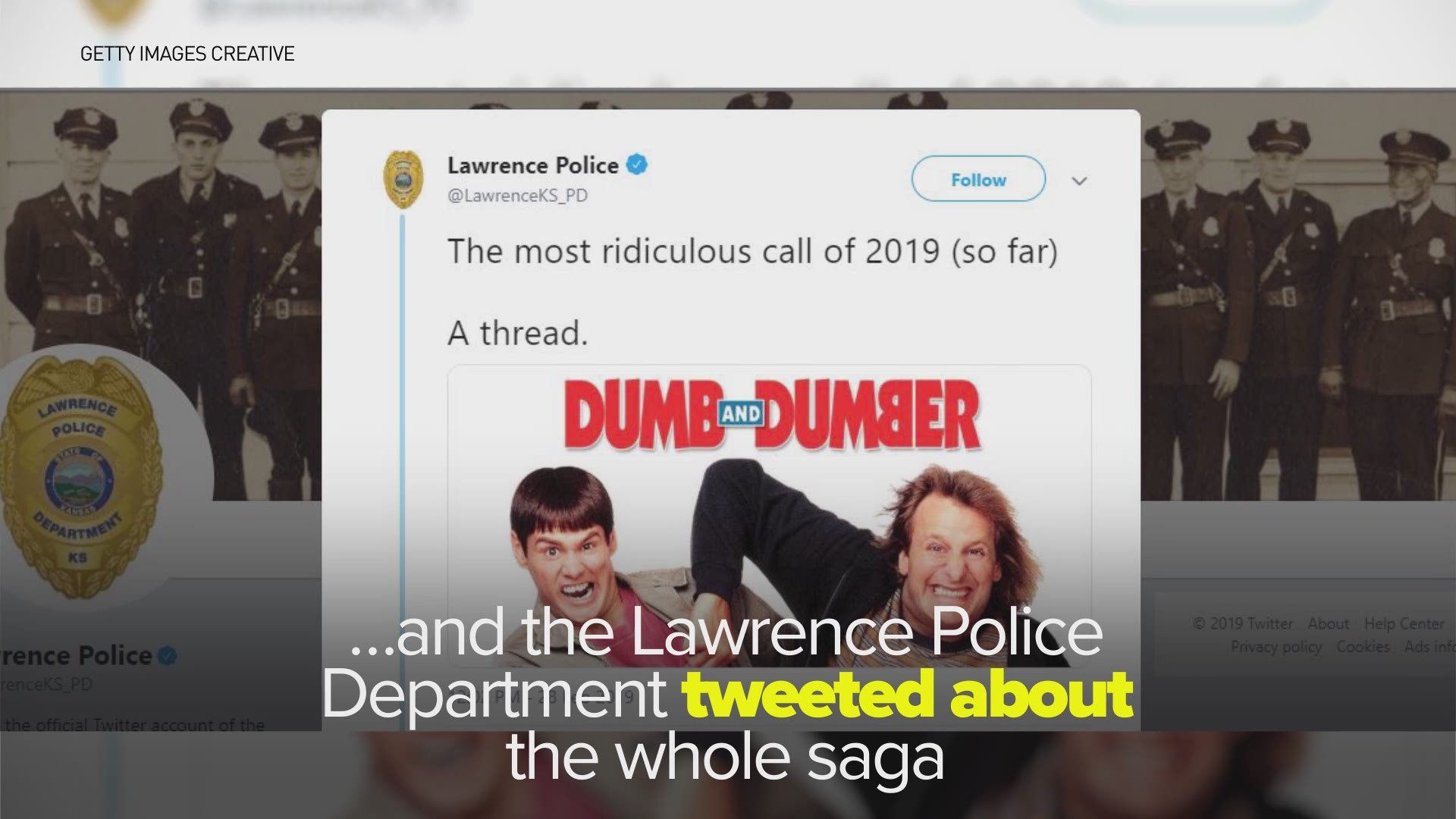 Two folks in Lawrence, Kansas had a very interesting Thursday, much to the chagrin of the police called to rectify the situation.

“So two officers get sent to a ‘road rage in progress’ last night,” LPD tweeted. “Two unfortunate souls are dispatched to handle it. Keep in mind this is time they will never get back.”

Upon arrival, the first officer found two cars in a parking lot.

“We’ll call the drivers Karen and Chad,” LPD tweeted. “The cars are facing each other in close proximity. So Karen wants out of the parking lot, Chad wants in. BOTH OF THEM ARE REFUSING TO GET OUT OF THE OTHER ONES WAY.”

By the time the police got there, the standoff had already been going on for 20 minutes.

And yet, the great parking lot standoff of 2019 continued.

“So Chad says ‘I got nowhere to go, I can just stay here all night.’” LPD tweeted. “But why, Chad? Why don’t you just move? Apparently because this is a principle issue, and because 2019.”

They next went to Karen, who had called the police in the first place.

“Karen claims she can’t back up because her vehicle is too large and she will literally crash it,” LPD tweeted. “Karen is driving a *mini* van. Mini is emphasized because the van is not particularly large, and if Karen can’t back it up, maybe Karen should refrain from driving.”

A sergeant showed up at the situation to get more information about the “road rage in progress” call.

“As soon as he finds out what the issue is, nopes out of there like the day old donuts just got set out at the gas station,” LPD tweeted.

The two officers went back to the standoff.

“Karen, sooo how’s about you move your car now and we can move on with our night,” they asked.

“WHY WONT YOU JUST MAKE HIM MOVE UGH THE POLICE SUCK,” LPD said she responded.

The officers left, eventually, and LPD tweeted the following:

“As far as we know, Chad and Karen are still sitting there. And so concludes the story of the most ridiculous call of 2019 (so far),” LPD said on Thursday.

Friday, they went back to check and were pleased to report the cars had moved.