Payday without pay hits federal workers as shutdown drags on

Roughly 420,000 federal employees are working unpaid, while an additional 380,000 are staying without pay. 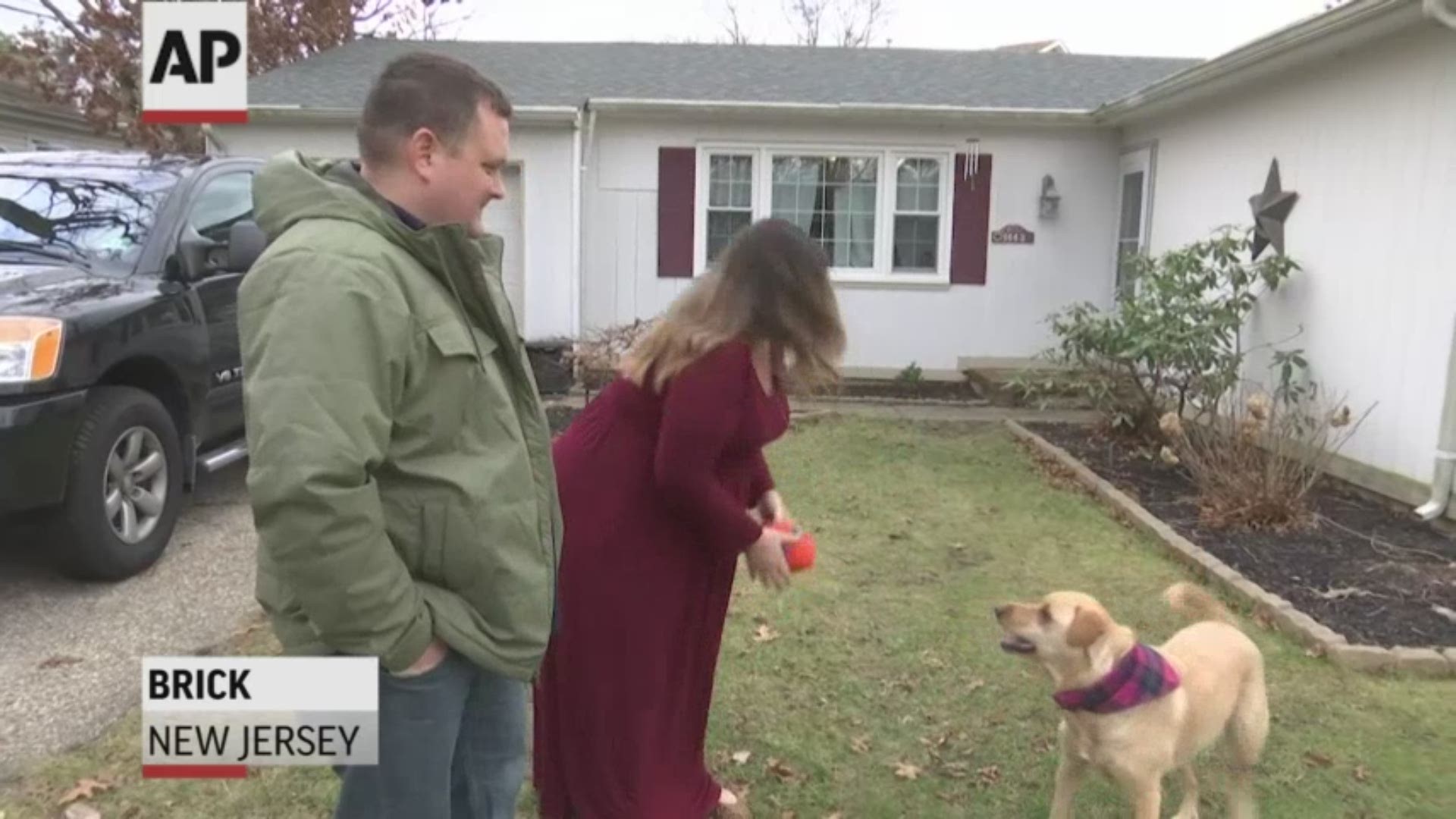 OGDEN, Utah — Payday will come Friday without any checks for about 800,000 federal employees affected by the government shutdown, forcing workers to scale back spending, cancel trips, apply for unemployment benefits and take out loans to stay afloat.

IRS employee Krystle Kirkpatrick and her family, including her two children, ages 6 and 12, aren't eating out, buying brand-name foods or getting drinks at the gas station. Her husband is working overtime in his job as a machinist to try to make up for her lost paycheck.

Her mortgage company informed her it won't let her skip a payment, and she still has to pay daycare even though her children aren't going or she will lose their spot to another family on the waiting list. She has applied for unemployment but doesn't know when the benefits will begin arriving.

"It's a very scary feeling to know that your payday is coming and nothing is coming," the Ogden woman said. "I don't think the administration and the houses of Congress understand the repercussions of not having a paycheck."

The shutdown, which enters its 21st day Friday, will be the longest in history by this weekend and is forcing many American families to make tough decisions. It's especially hard for workers who don't have enough savings to cover their mortgages and other bills.

Roughly 420,000 federal employees were deemed essential and are working unpaid. An additional 380,000 are staying home without pay. While furloughed federal workers have been given back pay in previous shutdowns, it's not guaranteed that will happen this time. Government contractors, who have been placed indefinitely on unpaid leave, don't get compensated for lost hours.

Most of the government workers received their last paycheck two weeks ago, and Friday will be the first payday with no money.

At a rally Thursday in Ogden, about 100 furloughed IRS employees gathered outside the federal building to call for an end to the shutdown, chanting, "We want to work, we want to work."

Kandice Johns held a sign that read, "Congress do your job. We want to work." But Tiauna Guerra was more critical of President Donald Trump: "If he wouldn't be so for the wall and trying to make this happen, maybe we wouldn't in this situation?"

Around the country, some workers are relying on donations, including launching GoFundMe campaigns. A food pantry has opened up at a Coast Guard base in Boston. Some workers are thinking about taking second jobs.

Michelle Wallace, a 34-year-old mother of four, made a tough decision Thursday after she realized there would be no last-minute deal to end the shutdown, meaning her husband, a federal worker, would miss a paycheck.

A nurse fresh out of school and strapped with student debt, Wallace told her 16-year-old son that the family couldn't go to his basketball tournament in a neighboring town an hour away from their home in the Peoria, Illinois, area because they couldn't afford to buy tickets or use the half-tank of gas it would take to get there.

"We want to be there to support him," Wallace said through tears. "But there's no end in sight for the government opening back up, I don't know when we'll have enough money coming in, and I can't justify spending anything."

Theodore Atkinson, a furloughed trial attorney in the Justice Department's civil division, said he is spending "extraordinarily stressful" days anxiously watching the news at his home in Baltimore.

He was told to stay home during the last government shutdown in 2013. But this time, he had little time to prepare for a missed paycheck or tie up loose ends with the cases he is working on, he said.

With two children and a mortgage, child support and alimony payments, Atkinson said he has taken out a personal loan to cover two paychecks, just to be safe. But if the shutdown stretches into February, he may need to take out another.

"It's all uncertain and I don't know how it ends or resolves itself," he said. "This isn't a matter of me not going to the movies or out to eat as much. I can't cut off my power or my cellphone or move out of my house."

Daniel Lickey, one of 3,750 workers on furlough from the IRS office in Ogden, said he won't be able to send money to his parents, who are raising his special-needs niece and nephew. He will also have to lean on a single mother he shares a duplex with to pay his share of rent this month.

Most worrisome to Lickey is the possibility he will not be able to buy the medicine he takes for his bipolar disorder, which costs $75 with insurance. He just used his savings to fix his car.

"Without my medication, my suicidal thoughts and tendencies ramp up," said Lickey, 32. "I don't want to go to that dark and scary place."