The Spokane-based cidery is currently in fifth place amongst in USA Today's 10Best contest for 'Best Cidery.' 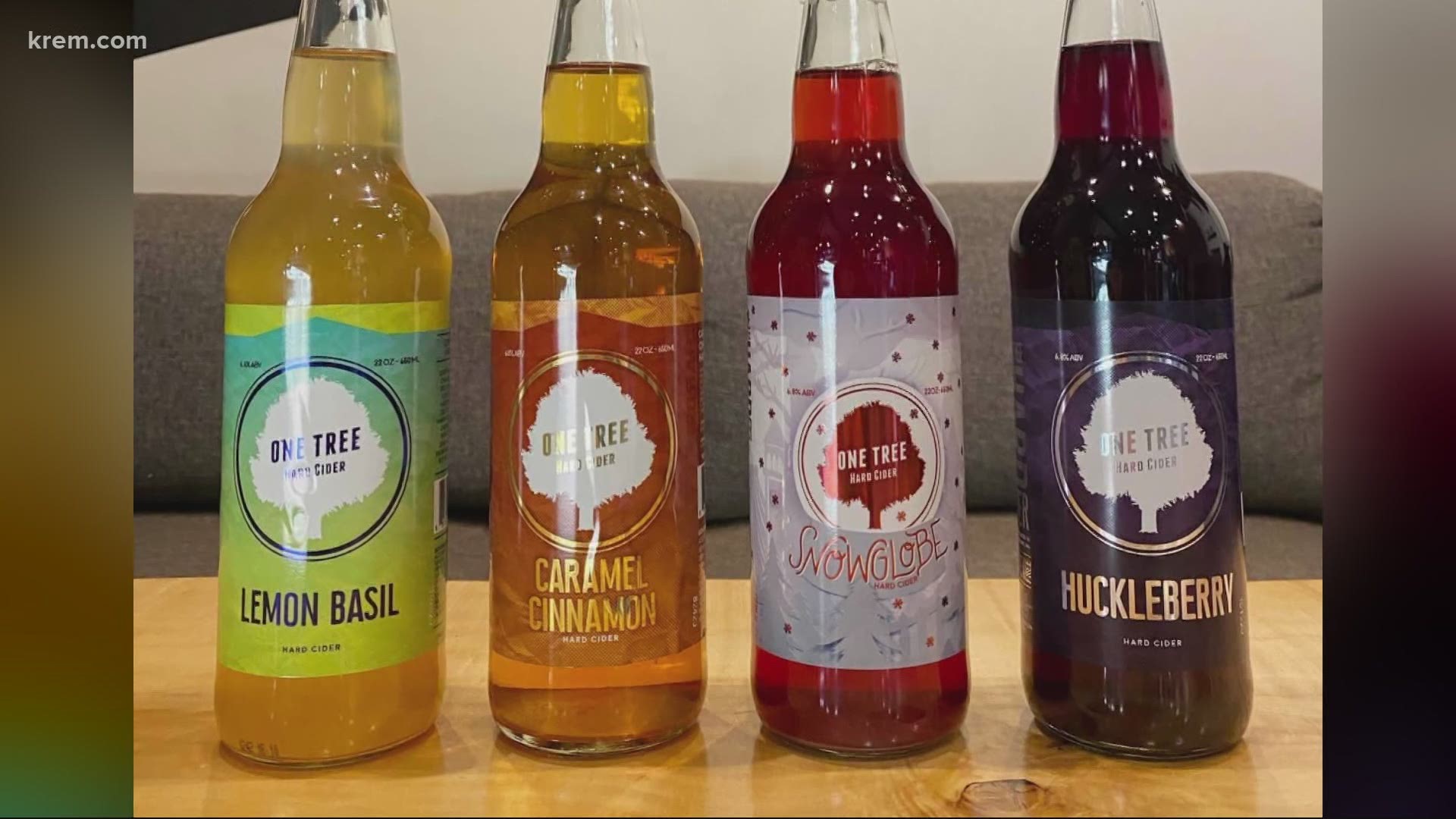 SPOKANE, Wash. — A Spokane favorite made USA Today's list of top cideries in the publication's Reader's Choice 2021 awards. The publication is now asking its audience to vote for the best cidery in the country.

One Tree Cider House, well known for its lemon basil cider, is currently ranked fifth in the contest. Cider fans can vote in the poll once a day until 9 a.m. on March 16. The winners will be announced on March 26. Voting is live on USA Today's website now.

Tessa Terrell, the sales director of One Tree said they got an email about the nomination about a week ago.

"We honored and excited," Terrell said. "Looking at all the nominations I think we're the only one in the northwest nominated."

The cider house did not have much notification before they got the email, Terrell said. The nomination is for their lemon basil and huckleberry cider flavors.

In the publication's 10Best contests, travel experts select the top 20 nominees in a variety of categories involving food, gear, travel destinations and more. Then, USA Today asks its audience to vote on them.

One Tree opened their downtown Spokane Location in 2011. Since then, they have offered a variety of ciders including their own to visitors. Their cider house is currently open to 25% capacity under Phase 2 reopening guidelines. Their ciders can also be found in stores in Spokane.

The company has grown even in the pandemic, Terrell said.

"The company is only eight years old and just in the past year we've been growing rapidly," Terrell said.

RELATED: Six Spokane breweries compete against each other in 2021 winter brew-off