Karlyn Moyer's passion for the Seahawks began when the team was founded in 1976. It's only grown, both physically and metaphorically, since then. 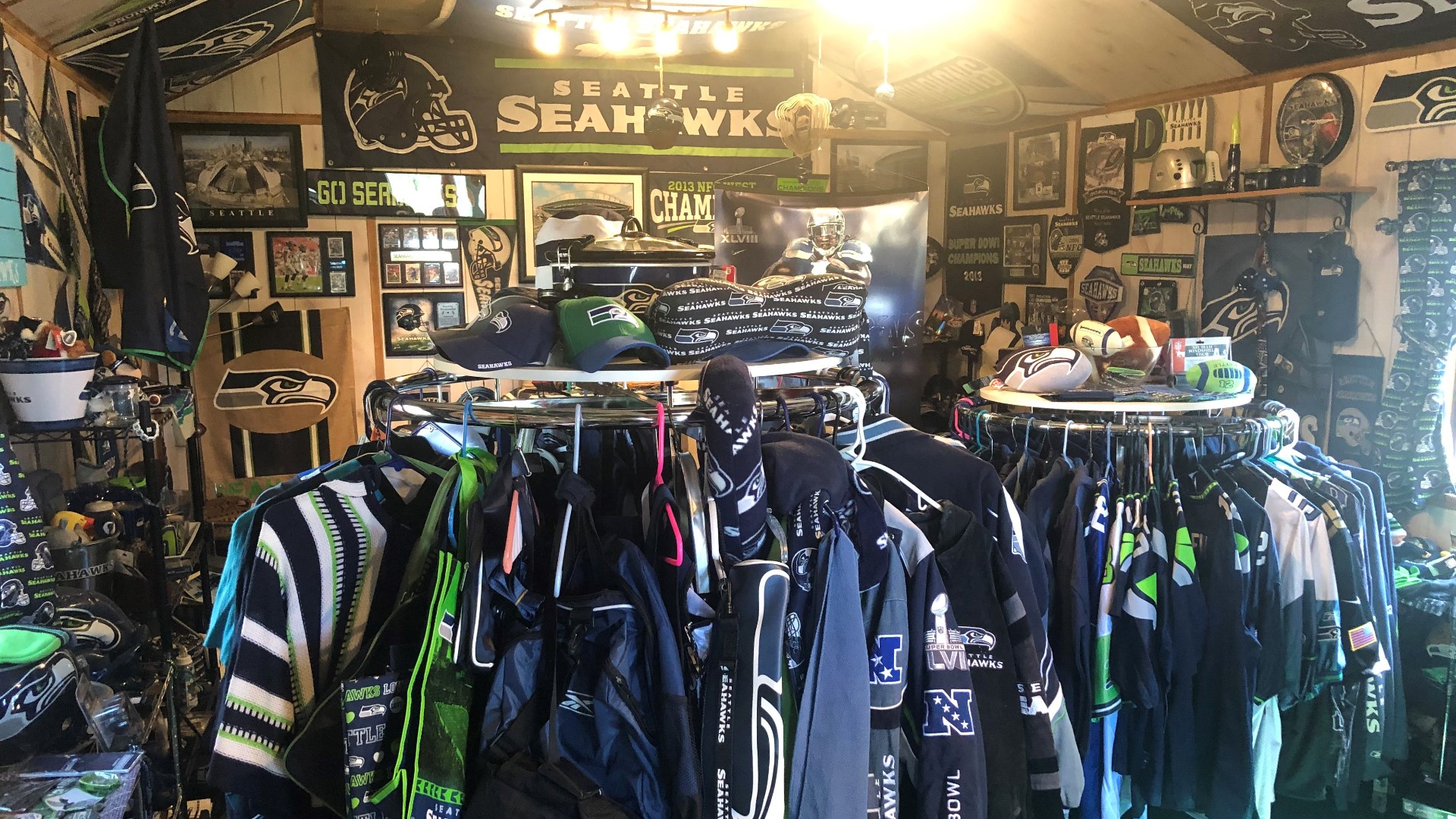 NINE MILE FALLS, Wash. — If you go to Karlyn Moyer’s home in Nine Mile Falls, you’ll notice right off the bat that she’s a Seahawks fan as flags line the driveway.

What you may not know right off the bat, is that you haven't seen anything yet.

"This is my sanctuary. My solitude," Moyer says, sitting in her self-proclaimed Seahawks Mom Cave.

Inside the Seahawks mom cave

The shed was built specifically for Moyer's extensive collection of Seahawks memorabilia. It leaves people a bit speechless when they walk in.

"My daughter and son-in-law on their way from moving from Montgomery, Alabama to Alaska said, 'Mom, it looks like a store.' It’s not a store. There’s nothing for sale in here. It’s not a store!" said Moyer with a chuckle.

"This is my world of Seahawks. To me there’s never enough. There’s always room for more. See the open space on the wall?" said Moyer as she pointed to a sliver of siding. "There’s room for more."

It all started for Karlyn when she was a little girl.

"When the Seahawks first came out, my mom and dad were AFC fans of different teams. I didn’t like the team colors. There was too much black. Seattle comes out in ’76. Young, fresh, new. I’m hooked. I have been collecting Seahawks stuff since then."

When Karlyn and her husband moved from Alaska a few years back, they truly found out how much memoribilia she had.

As you would imagine, game day is an experience with Karlyn.

"I am an intense, yelling, screaming, hands flying Seattle Seahawk fan. I just love them to death. Even my neighbor will call, ‘I can hear you screaming.’ Yes you can, yes you can!"

But when it comes to the Seahawks, everyday is an experience with her.