The ballot initiative sponsor is facing a $2.6 million fine and other penalties due to campaign finance violations. 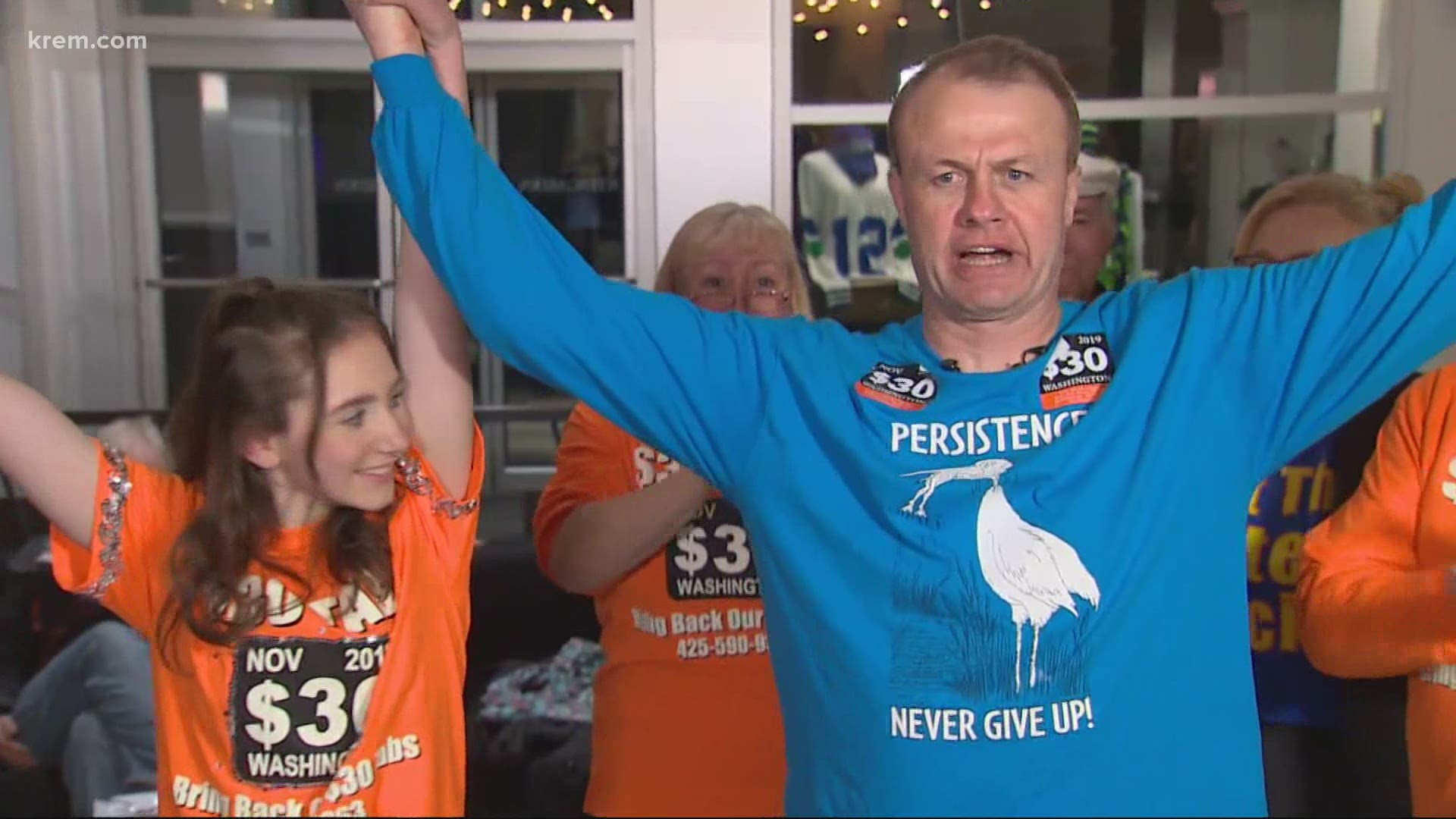 Tim Eyman was fined $2.6 million in a court ruling last week, and will face myriad other consequences aimed at preventing him from managing political donations again.

For the last two decades, Eyman has been one of the most influential people in Washington state politics without ever holding elected office, thanks to his work promoting various ballot initiatives.

Eyman has been the face of numerous anti-tax measures since the late 90s. He led the charge for reducing car tab payments to $30, he sponsored several initiatives that would require a two-thirds vote of the legislature to raise taxes, and one of his initiatives is the reason you still see advisory votes on your ballot each year asking your opinion about various new taxes.

Running these campaigns became his profession. To make that happen he formed a political committee and paid himself a salary, but he's been repeatedly accused of doing more than that.

In 2002 he reached a settlement for failing to disclose the money he paid himself out of donations to his campaigns. That settlement barred him from being treasurer on any more political committees, but didn't stop him from running such committees and thus controlling their finances.

In this new ruling, a judge found Eyman has committed numerous other violations in the years since.

The charges all revolved around secretly funneling campaign donations to his personal accounts. They include improperly moving money between campaigns, failing to disclose financial information, and a kickback scheme where one of Eyman's campaigns overpaid a signature gathering company which in turn paid Eyman.

The judge issued a $2.6 million dollar fine, which Washington State Attorney General Bob Ferguson called the largest ever of its kind.

Eyman filed for bankruptcy several years ago as a result of his legal troubles, and says he will never be able to pay down these fines.

Furthermore, the ruling bars Eyman from ever controlling the finances of a political campaign again. That doesn't bar him from political activity, though. He can still keep promoting ballot measures; he just can't touch the money in any way.

A statement from Ferguson said in part "Eyman's day of reckoning has arrived" and called his actions "some of the most egregious campaign finance violations ever uncovered" by the state.

Eyman, in an email to supporters last week, said in part "this whole thing is completely crazy," and asked for donations to his defense fund in order to appeal.

Eyman has said he will not back down from political activity, and is already involved in promoting new initiatives.