The complex union contract has become a focal point for debate about police reform. 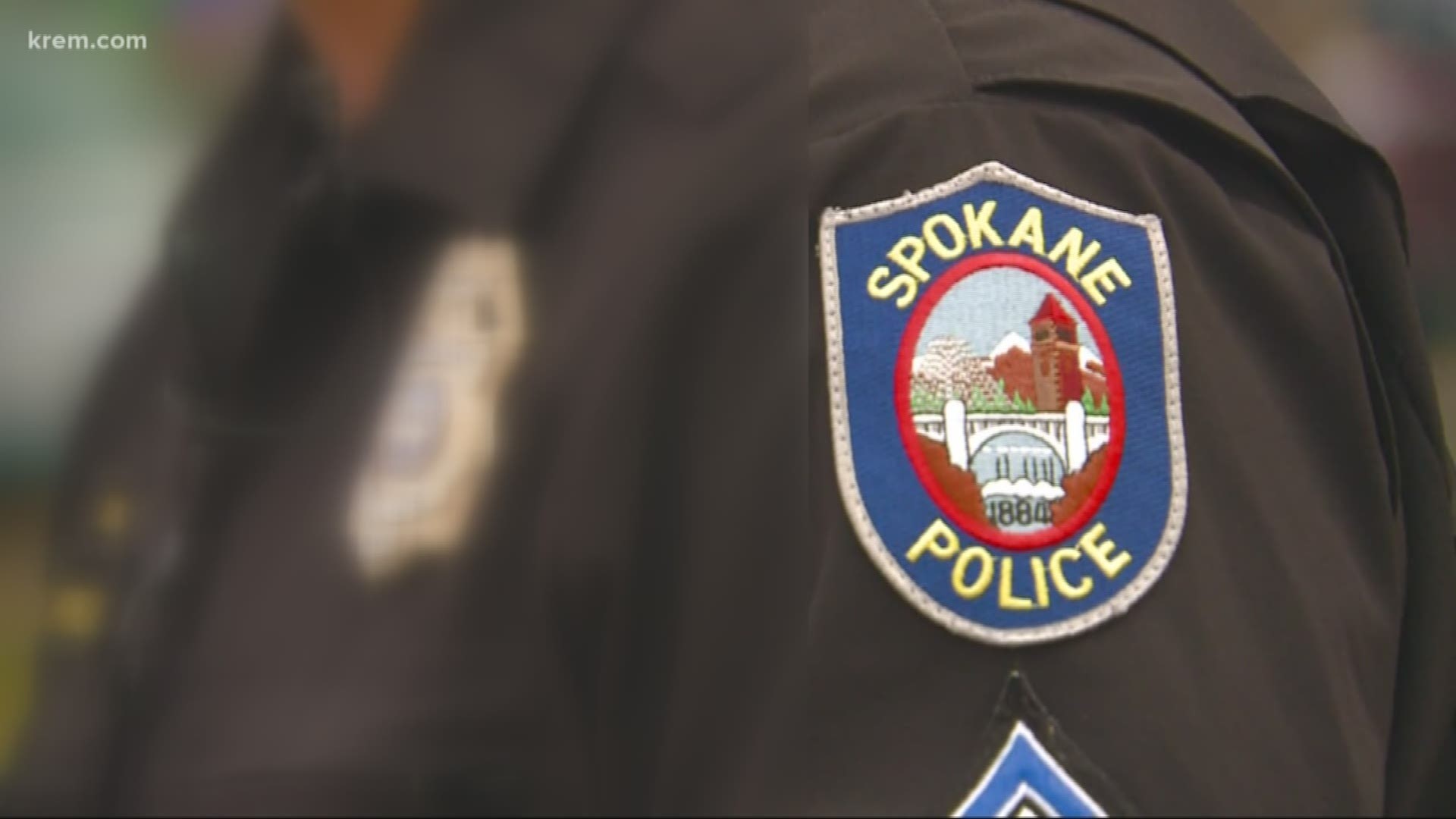 SPOKANE, Wash. — On Monday, the Spokane City Council elected to postpone for two more weeks a final vote on the proposed contract between the City of Spokane and the Spokane Police Guild.

The contract has become a political flashpoint in the city as protesters have taken to the streets to demand, among other things, more accountability from law enforcement.

It’s a more than 70-page document that’s been in the works for years; one that’s so delayed it’s actually mostly retroactive, covering 2017 through 2020.

But of the 70 pages, it’s one section – Article 27 – that’s generated by far the most public scrutiny. That is the section that deals with civilian oversight of the Spokane Police Department.

In Spokane, that oversight is conducted by the Office of the Police Ombudsman, created by a charter amendment overwhelmingly passed by city voters in 2013. The ombudsman, currently Bart Logue, serves as the city’s primary watchdog of local law enforcement. He is overseen by a five-member Police Ombudsman Commission.

The crux of the debate is whether Logue, his staff, and the commission are given enough independence and power. Many – from left-wing protesters to the local NAACP to city council members liberal and conservative alike – feel the answer is no. They argue the old contract places too many constraints on the ombudsman’s office, and they hoped this new contract would fix that problem.

So has it? Well, there are reforms, to be sure. But the proposal has still received a wide range of criticism.

One of the reforms includes expanding powers that were previously only explicitly given to the ombudsman himself to his staff.

Another: clearly stating that the office shall have access to a much wider array of evidence.

The office would, under the proposed contract, also be allowed to monitor any SPD Internal Affairs investigation. Under the old contract, it could monitor only investigations into the most serious allegations.

The ombudsman would now be allowed to provide recommendations about changes to SPD policy in his reports.

One of the more significant changes would be making it so that if IA declines to investigate a claim, the ombudsman could more easily investigate it himself.

The ombudsman can also weigh in on the case summaries IA writes at the end of its investigations, though he would not have the final say on any language.

He can also attend certain SPD review board meetings and make recommendations  about those boards’ operations.

The biggest criticism of the proposed contract is that is still creates too many hoops to jump through before the ombudsman can conduct his own investigation of an accusation, and too many restrictions on what he’s allowed to do while conducting it.

Right now, the ombudsman is usually only allowed to review complaints, forward them onto IA, sit in on the investigation, and then provide some feedback on its outcome.

The proposed new contract would, as mentioned earlier, give him leeway to investigate serious claims if SPD outright won’t, and to appeal to the overseeing commission if he thinks SPD didn’t investigate thoroughly enough. If he does get to conduct his own investigation, he still cannot compel any officers to cooperate.

Multiple city council members have said that to achieve the “independent civilian oversight” promised in the 2013 charter amendment, the ombudsman essentially should be able to investigate any accusation however he likes – as long as it doesn’t interfere with IA’s own investigation.

The manner in which the ombudsman provides feedback on IA investigations is a sticking point, too. Proponents of the contract say it already gives the ombudsman plenty of power to state his finding and recommendations in his reports. But opponents say the language doesn’t go far enough; that there are still too many possible constraints on what is allowed to be included, and that the language should clearly loosen those restraints.

Critics also say the new contract gives the Spokane Police Guild too much power when it comes to selecting who the ombudsman is.

And perhaps the fiercest criticism: a potential under the new contract for the police to effectively get the ombudsman, his staff, or the commissioners overseeing them fired. The contract states that if any of those people make improper disclosures or act outside of their authority, they should be removed from their position. It doesn’t define precisely what exceeding authority looks like. Skeptics of the contract call that provision a huge step backwards, because it effectively encourages the watchdog to play it safe, or else being reported and potentially ousted by the very people he oversees.

Currently, the ombudsman cannot call for specific discipline, and his reports cannot be used to dole it out. Some have called for that to be changed, though it’s a less mainstream position; others say discipline was never intended to be the duty of the office.

The Spokane City Council is now expected to vote on the contract on June 29.

Despite the widespread skepticism from the council about the proposal, it’s not guaranteed they’ll vote to reject it.

That’s because it’s somewhat unclear what would happen if they do. One possibility is that the contract would go back to mediation and come up with something more palatable for the council, but that’s not necessarily likely. If the city administration and the guild can’t come to terms in mediation, the contract could be sent to arbitration, where substantial changes would be harder to come by.

Also on the minds of council members is the fact that this contract, since it's so overdue, expires at the end of the year. That means if they do approve it, negotiations on a new contract would begin almost immediately.

Following another charter amendment passed by city voters last year, those negotiations would be subject to public transparency laws. So, some council members may see a better opportunity for change in the next go-around.

RELATED: Spokane voters made all city union negotiations open to the public. Why not the police guild?