A case originating from Boise and challenging many anti-camping ordinances won't make it to the Supreme Court. 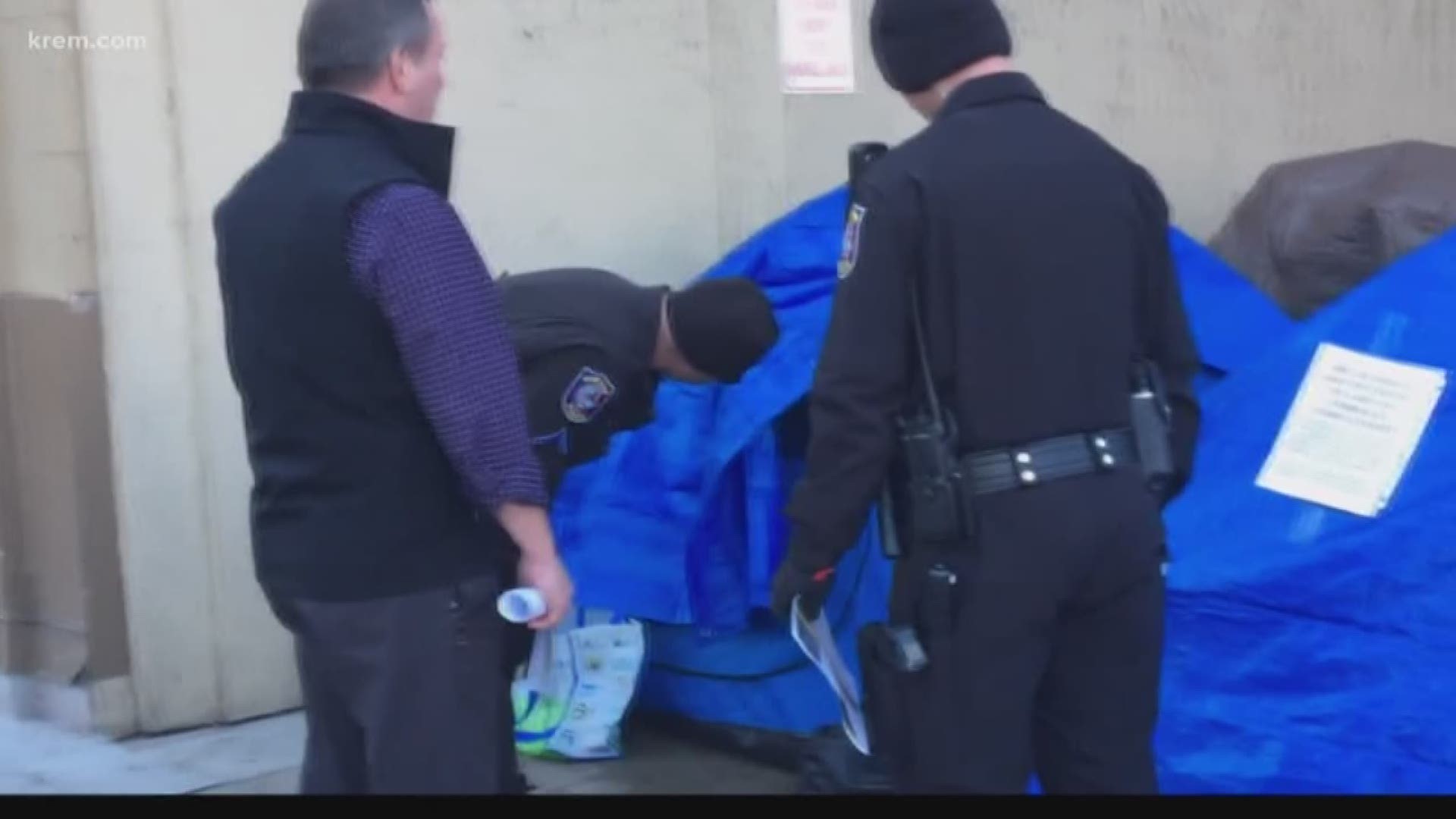 SPOKANE, Wash. — The U.S. Supreme Court will not review an appellate decision that makes it harder for cities to keep homeless people from sleeping on the streets.

The justices on Monday did not comment as they left in place a ruling that struck down the Boise ordinance.

The ruling by the 9th U.S. Circuit Court of Appeals applies across several Western states where cities are struggling with homelessness brought on by rising housing costs and income inequality.

Back in October, more than a dozen briefs were filed asking the Supreme Court to consider hearing the case. One of those briefs was authored with help from the City of Spokane, which provided information about its anti-camping efforts to a group of organizations asking the court to overturn the current ruling.

The ruling has been a subject of intense debate in Spokane and other cities ever sense.

It all began when two homeless men in Boise sued the city for arresting them for sleeping in public.

The men contended the anti-camping ordinance violated their 8th amendment protections against cruel and unusual punishment, and the lawsuit made its way up to the federal appellate court, just a step below the Supreme Court.

The court essentially sided with the homeless men.

The judges said the 8th Amendment not only protects people from cruel punishments but also from cruelly making certain unavoidable things a crime.

"As long as there is no option of sleeping indoors... the government cannot criminalize... homeless people for sleeping outdoors... on the false premise they had a choice in the matter," the judges wrote.

The judges found that anti-camping laws sometimes effectively criminalize homelessness by making it illegal to fulfill certain biological needs, like sleeping. If homeless people have nowhere else to go, they are still biologically required to sleep. By criminalizing the act of sleeping, Boise was criminalizing the status of being homeless, the court found.

The judges ruled that cities can't prosecute homeless people for sleeping in public unless there is somewhere else for them to sleep —  in other words, enough shelter beds.

Part of the ruling was that to get access to those beds, people can't be forced to participate in religion. That's because the government would effectively be giving them the choice between practicing a specific religion and going to jail for camping, a clear violation of the 1st Amendment, according to the court.

How does this affect Spokane?

Leaders have argued that the means the no-sit, no-lie ordinance can't be enforced until there are enough beds for all of the city's homeless residents.

Others argued it's uncertain and the court didn't clearly enough define exactly what laws its ruling prevents.

It was part of the reason why they wanted the Supreme Court to take the case and rule again.

After the ruling in 2018, Spokane choose not to enforce sit-and-lie until there were enough beds at warming centers.

“Today's decision by the Supreme Court, allowing the Martin v. Boise decision to stand, provides clarity on important legal questions and will inform my administration as we take up the ongoing City response.

As Mayor, my priority is to work in close collaboration with our partners in the development of sustainable programs and policies that effectively reduce the number of people experiencing homelessness. By addressing root causes, instead of just the symptoms, we can move forward in tackling this crisis and ultimately achieve our goal of permanently lifting people out of homelessness.”

The brief that mentioned Spokane articulated a few other reasons why many groups want the current ruling re-evaluated.

One, it argued the ruling oversteps in term of what the 8th Amendment is designed for  — that the court can't broadly ban governments from criminalizing certain things.

Two, it argued that the court has basically made numerous public health and safety laws illegal. The brief suggests that under the ruling, laws against public urination or defecation would also be illegal unless the city provided sufficient public accommodations.

Three, it said the requirements imposed on cities are impossible to meet. It says there are logistical challenges not only in providing shelter but in simply counting the number of homeless people that need it. Furthermore, it questions whether cities like Spokane Valley that pay for shelter services actually located in Spokane are considered not to meet the requirements under the decision.

The brief said that since the ruling, Spokane and Spokane Valley have been unable to enforce certain ordinances, and as a result have struggled to keep the cities clean and connect people to services.

RELATED: How many homeless residents are really living in Spokane County?