KREM sat down with Spokane Public Schools Superintendent Adam Swinyard to break down the numbers. 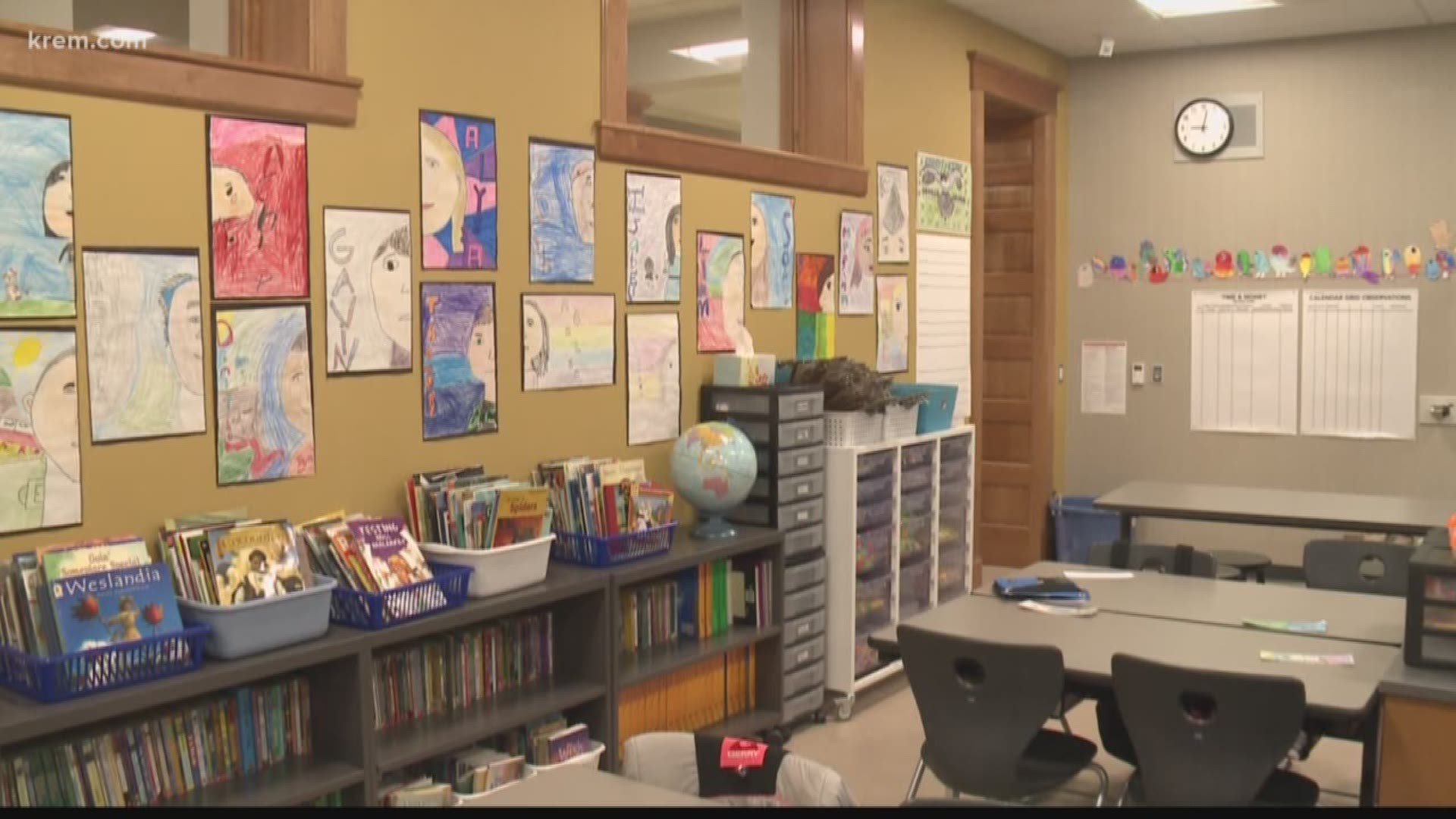 On Friday, ballots will be sent out to most Spokane County registered voters for the upcoming Feb. 9 special election.

Of the 14 school districts in the county, 13 are asking voters to approve levy funds.

In theory, the state is supposed to fully fund basic education. But Spokane Public Schools Superintendent Adam Swinyard said in practice, there are some huge, critical gaps.

"The reality of it is we're not funded for basic education," he said in an interview with KREM. "We receive enough funding to hire five nurses for 30,000 kids."

The local level pays for another 36 nurses right now.

One of the biggest gaps is special education. According to Swinyard, more than 16 percent of SPS students have special needs, which cost extra money to provide.

So a local levy is added on top of the state levy in order to fill those gaps and to pay for extra programming like sports, arts and AP classes.

Now, the bond is a third factor affecting property taxes. Voters approved a big one in 2018, which will do things like build new middle schools and replace Joe Albi Stadium.

But the money from those projects can't just be diverted to, say, paying for nurses. It's a legal distinction; bond money has to go to physical construction.

"Levies are for learning, levies are for programs, for staffing, for intervention support," said Swinyard. "And bonds are for buildings."

So, is the levy on the ballot this year a new tax? No, not a new one. The existing levy is expiring; this levy would just replace it.

But, that doesn't mean it's not a tax increase.

The current levy rate is a $1.60; property owners pay that much per every thousand dollars their property is worth. If this vote passes, that rate will go up to $2.40 next year, then $2.45 the year after, and then $2.50 after that.

To try to reduce the tax burden a bit, the district is basically doing some refinancing of the bond and lowering that rate. It'll go from $2.59 to $2.17.

That means the total rate property owners will pay for Spokane Public Schools will increase from $7.02 this year to $7.40 next year.

So, why the need for the increase? Why can't the district just get by with keeping the rate the same as it currently is?'

Swinyard said one reason is that the amount the state is allocating to SPS is about to drop.

"The district is losing a projected $42 million over the next three years in state funding. So our reliance on those levy funds will continue," said.

That's mostly because in addition to basic education funding, the state provides some extra money to districts where property values are relatively low. This is designed to create more equity between districts. Spokane's allocation is decreasing because the areas property values are going up. That makes an already tight budget situation even more difficult, Swinyard said.

"It's over 350 staff members that we would lose if we didn't have those [levy] funds in place," he said.

Another reason for the increase is that the current rate was already too low for comfort. In fact, the district is quick to point out that even though the proposed levy rate is an increase from the current one, it's a decrease from a few years back.

Then, the state decided to cap all local levies at $1.50. That caused big budget crises in nearly every district. The state responded by raising the cap to $2.50; this new levy would eventually make that the rate in Spokane.

So in some ways, the district views this levy as sort of just getting back to normal, or close to it.

The levy needs a simple majority on Feb. 9 to pass.