Spokane is used to snow. But never quite like this. 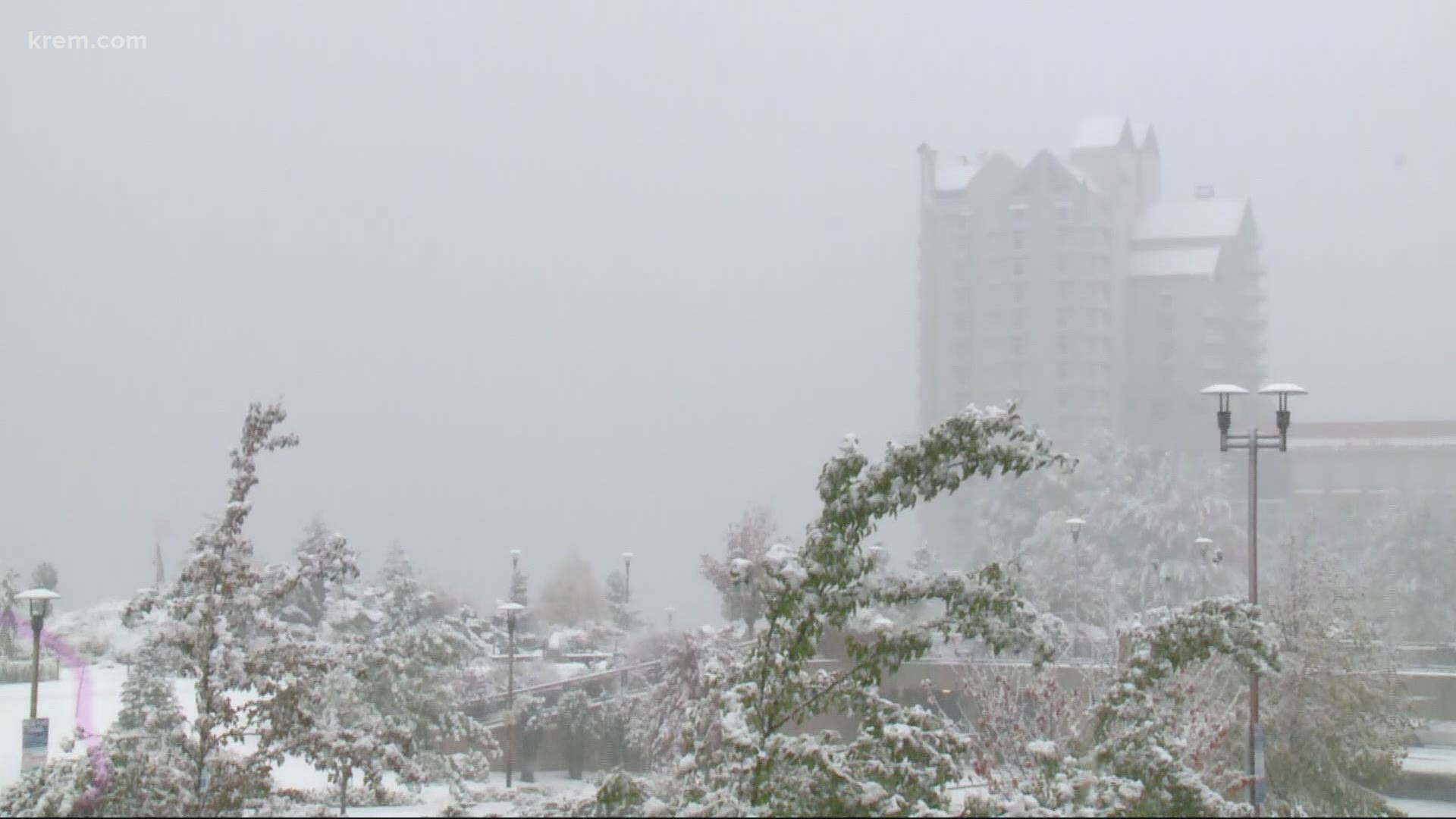 Snow season officially begins Nov. 15, according to the city. The Friday snowstorm broke the record for the most single-day snowfall in the month of October with 6.8 inches. The previous was 5.9 inches in 1957.

"The challenge for this storm in particular was really it's a two fold effort," said Spokane Public Works spokesperson Marlene Feist. "One for snow removal and one for tree and branch removal, so really they were doing double duty.

Along with snow removal, almost 300 different locations had tree damage clogging streets and sidewalks, and littering local parks.  They have handled a third of them as of Monday afternoon, according to Feist.

"There's no more trees blocking roads, unless there was a power line or something that hadn't been dealt with," she added. "For the most part, everything's out of the travel lane so now we're going back into cleanup."

Although there may have been more snow, she said this is not actually the worst snowstorm to clean up. There was significantly less tree destruction than the October snowstorm in 2019, she added.

"Maybe part of it was because so many of those branches came down a year ago, that were more susceptible to breakage," she said. "Certainly we've seen quite a bit of damage but not so widespread."

Last year's storm damage was concentrated on the South Hill. This year Spokane had more snow but damage was more spread out, sending the crews to more places in the city, but with less to clean up.

The weather should warm up this week so Feist added that crews will probably not see as much snow removal efforts starting Tuesday, but they will probably still have some tree cleanup throughout the week.