Shaun Key hoisted up Old Glory for those driving by local furniture and mattress store 16 Cents, 3 Shoes and 5 Socks beginning at 9 a.m. on Monday. 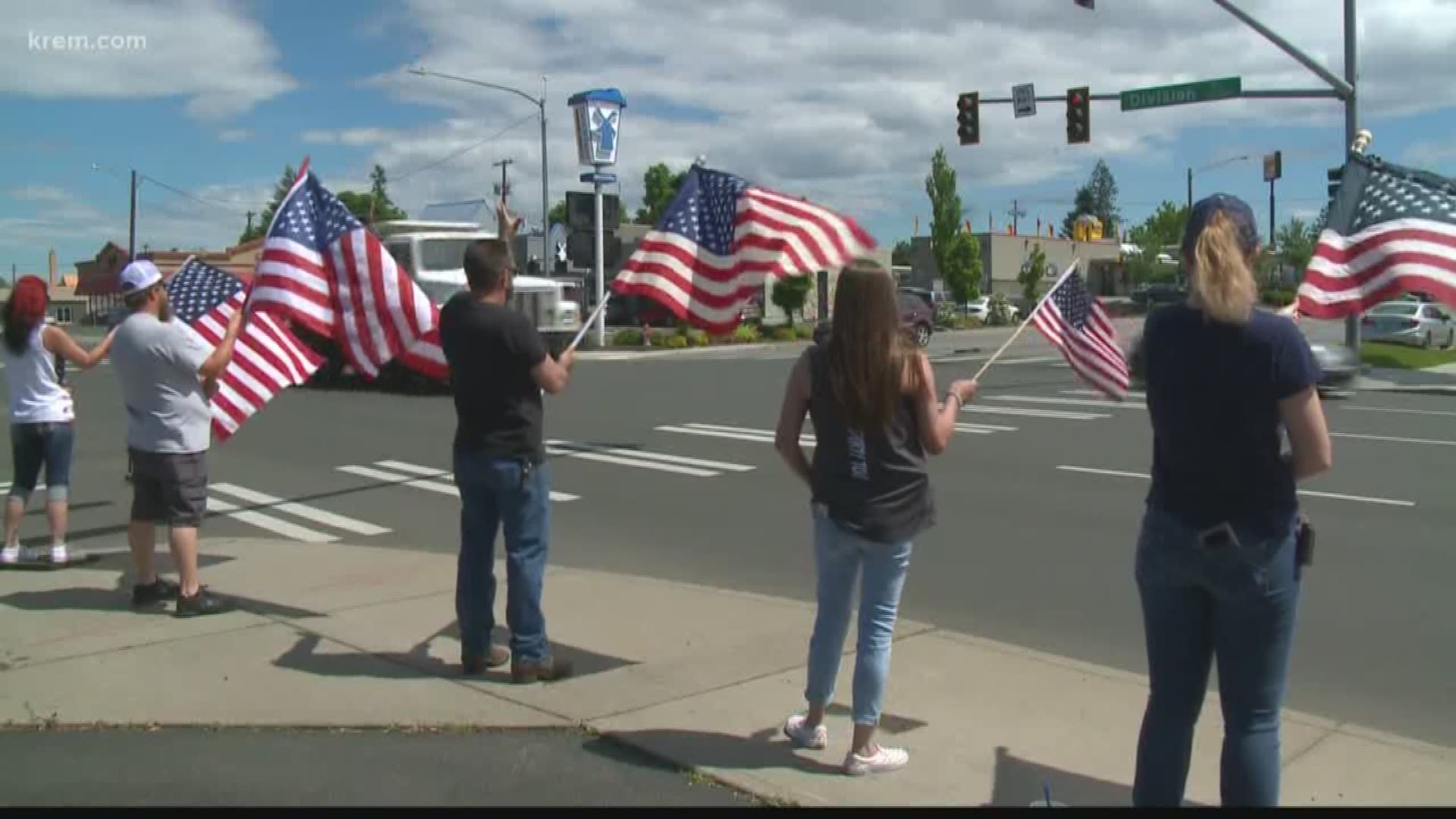 SPOKANE, Wash. — On Memorial Day, a Spokane man is taking the time to honor those who made the ultimate sacrifice

Shaun Key hoisted Old Glory for those driving by local furniture and mattress store 16 Cents, 3 Shoes and 5 Socks until 4 p.m. He told the business that he is holding the American flag to honor those who have died while fighting for our country.

Photos on the business's Facebook page show several other people who joined Key in holding American flags of their own.

"We can't forget what this day is really about," Key told KREM reporter Shayna Waltower on Monday.

Key has been holding an American flag every Memorial Day for the past five years.

This year, he is standing at the corner of Division Street and Sharp Avenue to honor Cpt. Luke Wullenwaber from Lewiston, who died on Nov. 16, 2004.

"I want families to see that we're not forgetting...their sons, their daughters, their fathers, their uncles, aunts —  that they sacrificed their life for us and our freedom," he said.

He said he hopes people remember this sacrifice every day of the year.

KREM also spoke with Key in 2016, who said he does not want attention for doing this.

“Memorial Day is more than going out and just having fun, which is great,” Key told KREM in 2016. “But I want people to see this flag fly and I want them to know why we’re here – because of the men and women that died for our country.”

In 2016, he stood near North Indian Trail Road. Drivers stopped to give him water bottles and honked as they drove by. The flag flew effortlessly in the wind as Key looked straight ahead at attention.

“One of my best friends…he was over in Iraq. He was hit by an IED – still living to this day. But one of his best friends was killed,” he told KREM in 2016. “I’m out here for him, too. He died for our country. I want people to recognize those who have fallen.”

16 Cents, 3 Shoes, & 5 Socks
Memorial Day is a day to reflect and honor those who made the ultimate sacrifice to protect the United States. One man in Spokane is taking that honor seriously on Monday, beginning at 9 am, by...