Assessing U.S. readiness for military competition with China in decades to come 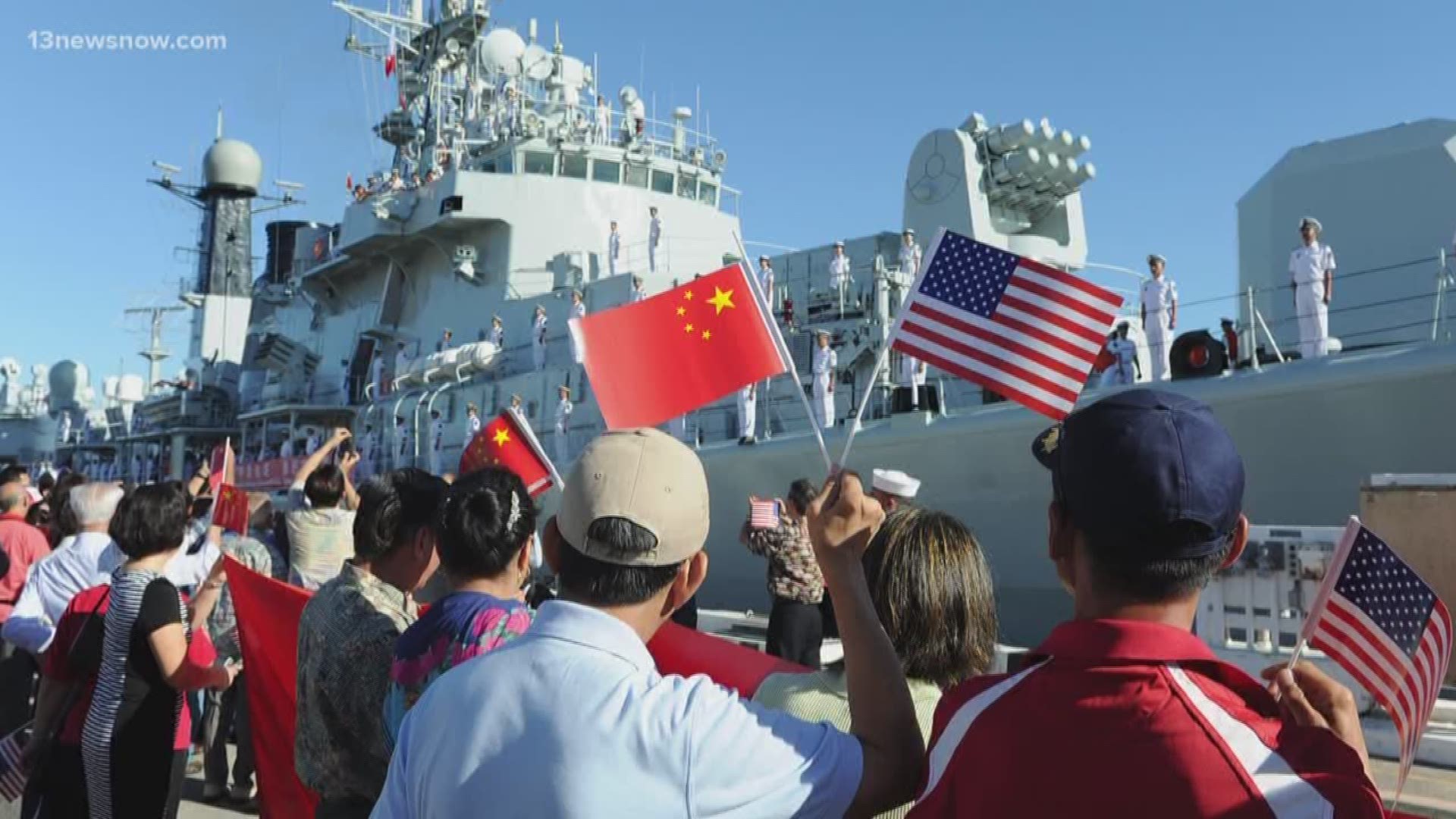 WASHINGTON — China's military ambitions are becoming a bigger concern for the United States.

After nearly two decades of focusing almost entirely on terrorism in the Middle East, the U.S. is now setting its sights toward what Pentagon leaders call the "Great Power Competition."

"I can't think of a topic that is more important to U.S. economic prosperity and national security over the coming decades than the question of the competition with China," said Michele Flournoy, Former Under Secretary of Defense, during a hearing Wednesday on Capitol Hill.

The question before the House Armed Services Committee: exactly how does the United States military work to sustain regional military dominance in the Pacific in decades to come?

"The bottom line is, China is a threat to the basic international order," he said. "They don't play by the rules and they attempt to set their own rules. They really threaten international institutions and international norms. And we need to figure how best to contain that threat."

China has said it will field a world-class military by 2049, and America needs to be ready, said witnesses who testified before the panel.

In December -- before the current showdown with Iran -- Defense Secretary Mark Esper said he intends to shift the American military's focus to competing with China and Russia, but that was before the security threats started piling up in the Middle East.

RELATED: US Defense Secretary: There's been no decision to leave Iraq

The problem is, the 1.3 million-member U.S. military with its 293-ship Navy, simply can't be everywhere.

"There is only so many ships that can be so many places," said retired Navy Rear Admiral Michael McDevitt. "And every time you have a large naval buildup or an Air Force build up in the Middle East, those are the same rotational forces that could be assigned to the western Pacific or elsewhere in the Indo-Pacific that aren't there."

With all this new focus on the "Great Power Competition," the U.S. still can't lose sight of the rest of the world.

On Tuesday, a bipartisan group of 11 lawmakers raised concerns with Esper over reports he is considering reducing U.S. forces in Africa to better focus on Russian and Chinese aggression. In a letter, they called the new strategy, "narrow" and, "short-sighted."