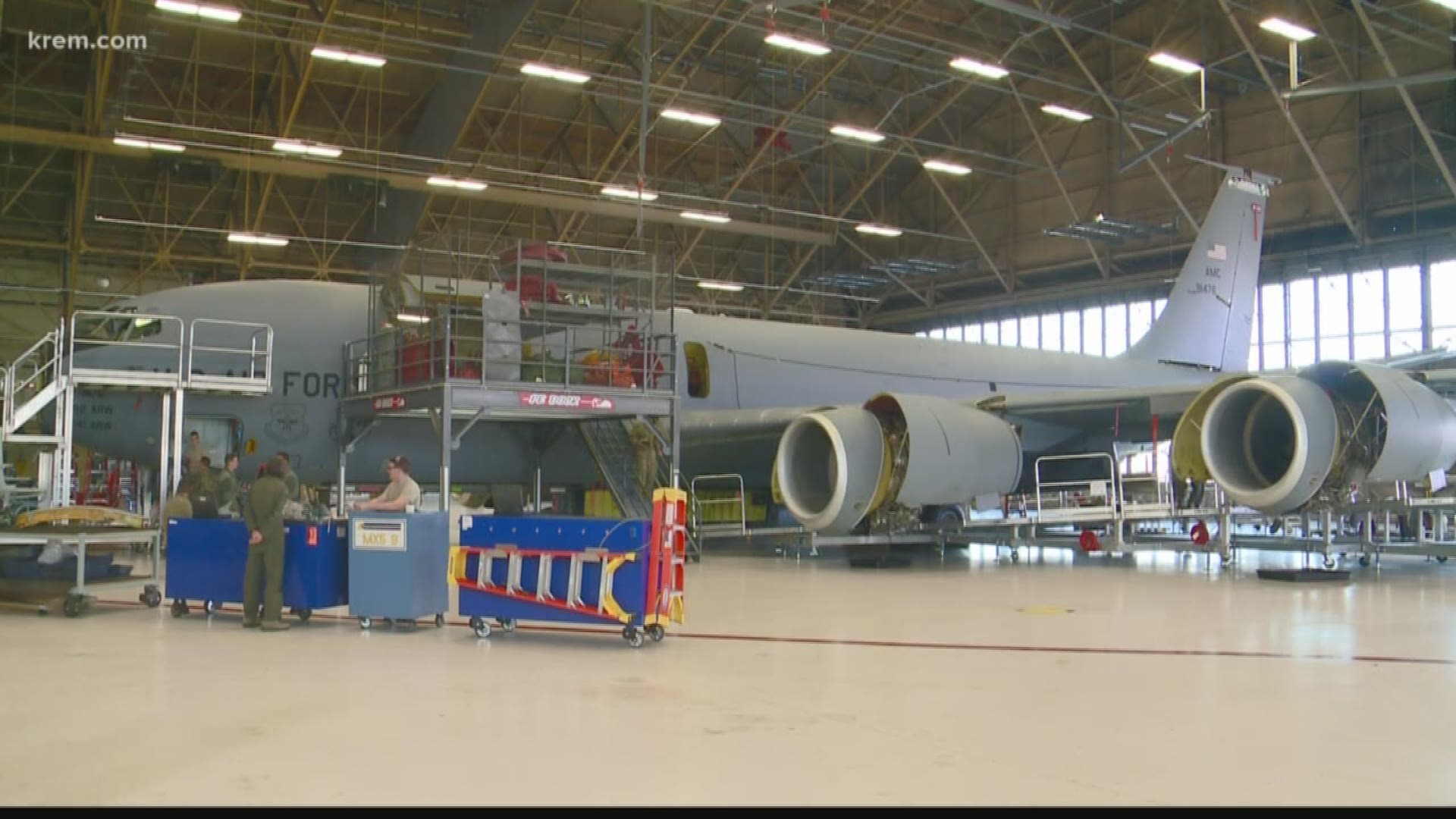 KREM 2 recently met up with Dawson to learn more about her journey and her new leadership role. If you spend any time with her, it’s clear she’s right at home aboard the KC-135.

“The majority of the aircraft actually is the fuel tanks that are below the deck, so that takes up most of our capacity,” Dawson said.

The “Stratotanker” ensures the nation’s fighters and bombers can stay airborne, by refueling them mid-flight. It’s remarkable to watch and even more impressive when you consider the air refuelers been in use since the Eisenhower Administration.

“The thing that I think is also remarkable is that the KC-135 is the oldest air frame that we have in our Air Force inventory. It truly is a workhorse that day in and day out is providing our capability all around the world,” she said.

The nation’s largest fleet of KC-135’s sits on the West Plains. Roughly 60 of the aircraft – split between four squadrons - call Fairchild home. In October, Dawson assumed command of the one of those squadrons, the recently reactivated 97th.

“So, I had hoped that this day would come and it really is the culmination of my dreams,” Dawson said.

Those dreams began early for Dawson. Her grandfather flew bombers in World War II. Dawson still wears his “wings” on her uniform. But it was during a trip to an air show with her father where she set her sights squarely on becoming a pilot.

“I stood up in front of the class and said that’s what I wanted to do with my life and I hope to be an Air Force pilot some day and my teacher said that I was not able to do that, in fact his words were, ‘Nice girls don’t join the military,’” she said.

Dawson said she didn’t let the doubters, including her 6th grade teacher, take her off course.

“It did fuel me and give me that motivation to prove him wrong,” she said.

She went on to graduate from the Air Force Academy, then pilot training. While deployed to Qatar 10 years ago, she was the co-pilot in one of the first all-female KC-135 flight crews.

“And, it was awesome to see that we did have a full female crew,” Dawson said.

While Dawson is no-doubt proud of her accomplishments, and her service in the Air Force, it’s clear she’d much rather focus on what’s ahead.

“So, the crew entry is right up there at that ladder normally,” she said.

If she inspires other 6th grade girls to pursue their goals, no matter how lofty, that’s just fine with her too.

“And, so I followed my dreams and I would inspire anybody and motivate anybody to follow their dreams whether it’s the Air Force or not but know there are great opportunities in the Air Force,” Dawson said.

The 97th Air Refueling Squadron is set to fly its first mission in January. Dawson will have roughly 85 men and women directly under her command. Their missions can quite literally take then anywhere around the globe.

RELATED: Spokane military museum without home for artifacts since 2018 after rent increase

RELATED: Fairchild airman was once famous musician in Togo, Africa