Officer Michael Fanone was dragged into the crowd and suffered a heart attack while defending the Capitol. He wants elected officials to stop downplaying that day. 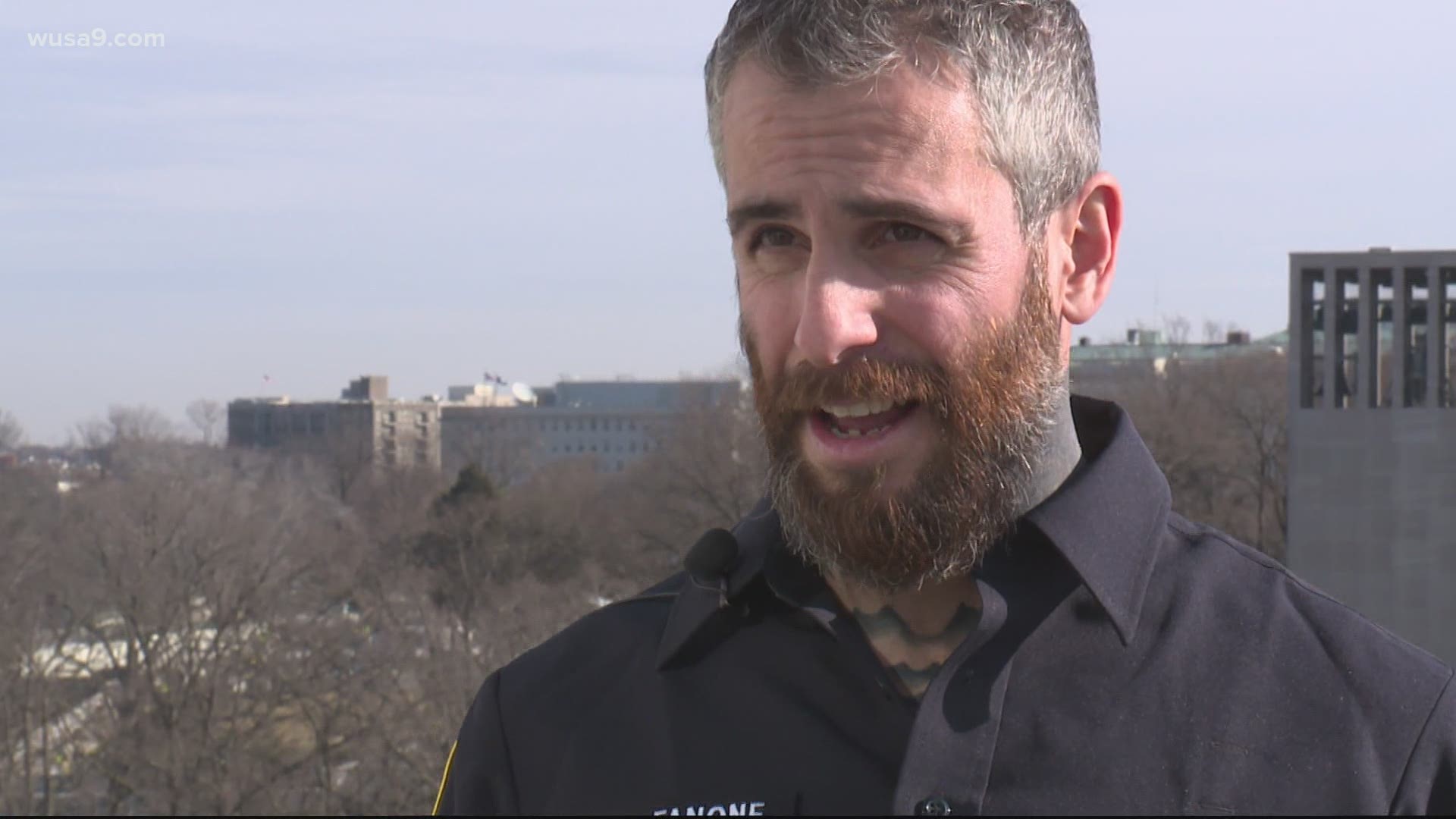 WASHINGTON — A police officer who suffered some of the most brutal attacks of the Capitol riot penned a letter to elected officials Wednesday, calling on them to stop "downplaying" the events of January 6.

In an open letter, D.C. Metropolitan Police Officer Michael Fanone said he continues to struggle daily with the emotional anxiety of surviving such a traumatic event as well as the "anxiety of hearing those who continue to downplay the events of that day and those who would ignore them altogether."

Fanone, a plainclothes officer with DC Police's crime suppression team, was one of a number of officers who self-deployed to the Capitol on January 6. While helping to hold a police line at the West Terrace Lower Tunnel entrance, Fanone was knocked down and dragged into the crowd. Members of the pro-Trump proceeded to repeatedly beat him and steal gear from his vests. Fanone said he heard people chanting, "Kill him with his own gun!" and thought he was going to die.

Another officer was eventually able to rescue Fanone and pull him back into a hallway. Fanone suffered a mild heart attack and spent a day-and-a-half in the hospital recovering.

Five people have now been charged with the assault on Fanone, including Thomas Sibick, the New York man accused of ripping off Fanone's badge and radio and burying them in his yard.

In his letter Wednesday, Fanone called on elected officials to recognize what he and other officers went through that day.

"The indifference shown to my colleagues and I is disgraceful," Fanone wrote.

Fanone took this photo showing Commander Ramey Kyle in the tunnel commanding officers to “Hold the line” as @DCPoliceDept fought back the violent crowd. Fanone writes “It was one of the most inspirational moments of my entire life. Even as I write this it brings me to tears.” pic.twitter.com/KTW8MH5XPH

Fanone's letter is addressed to "all elected members of the United States Government," and does not mention any members of Congress by name. However, since January 6, it has been Republicans – particularly allies of former President Donald Trump like Sen. Ron Johnson – who have worked to downplay and even spread misinformation about the Capitol riot. In March, a House resolution honoring U.S. Capitol Police for their efforts to protect members of Congress during the insurrection passed 413-12, with all dissenting votes coming from Republican members of the chamber.

You can read the full text of Fanone's letter below:

We're tracking all of the arrests, charges and investigations into the January 6 assault on the Capitol. Sign up for our Capitol Breach Newsletter here so that you never miss an update.