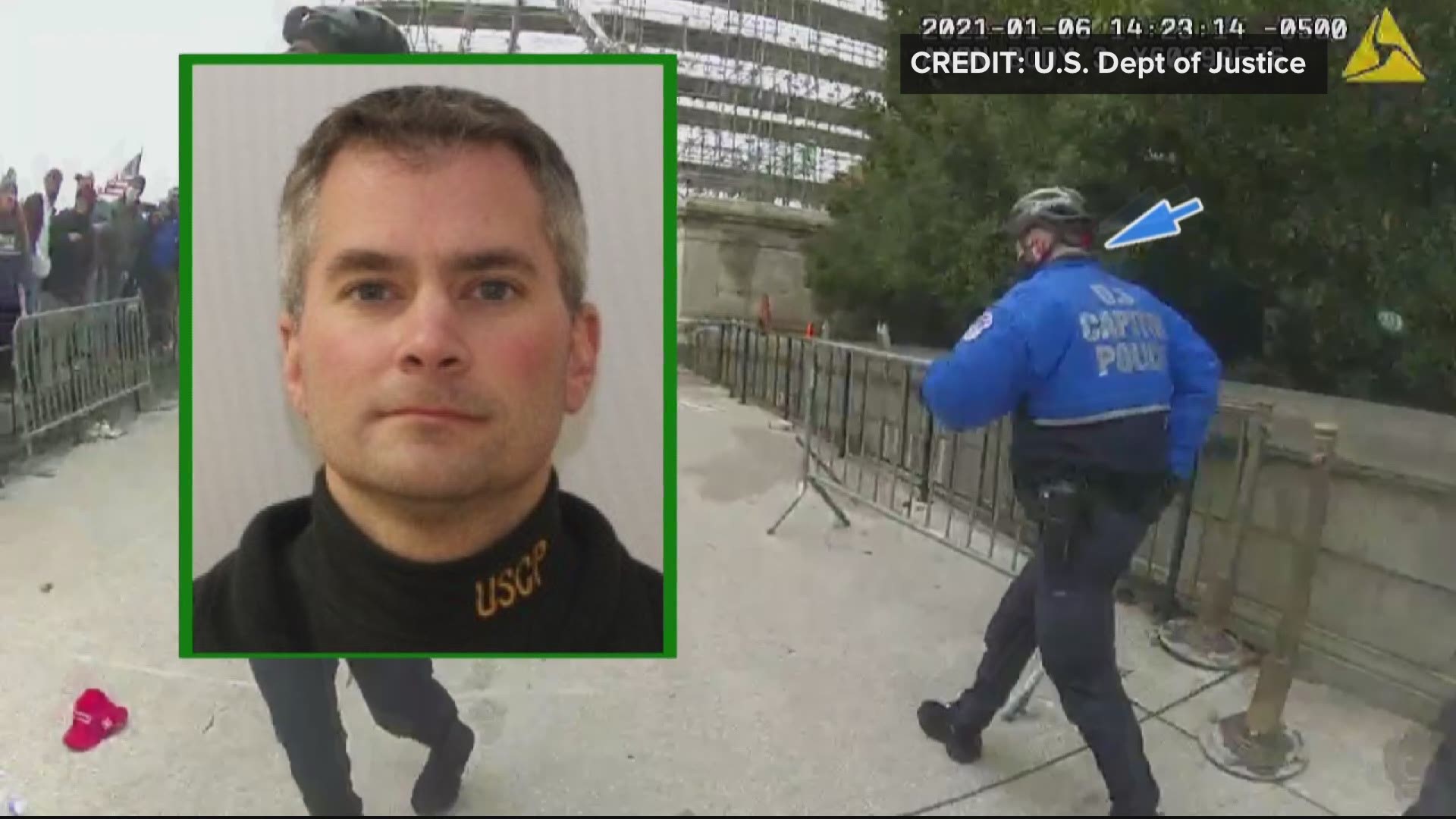 WASHINGTON — The family of fallen Capitol Police Officer Brian Sicknick met with Sen. Mitt Romney (R-Utah) and other Republicans on Thursday in a last-ditch effort to urge them to support a proposed January 6th Commission.

Sicknick’s mother, Gladys, was joined by Sandra Garza, his partner of more than a decade, and his fellow U.S. Capitol Police Officer Harry Dunn – along with DC Police Officer Michael Fanone, who has been waging his own pro-commission effort – in an attempt to sway GOP senators who are either undecided or outwardly skeptical about the value of a bill for a  9/11-style commission passed by the House earlier this week.

Speaking to reporters before a meeting, Gladys Sicknick said her son “was just there for our country, and for these guys.” She wanted Republican senators to hear about what he gave on January 6 from her own mouth.

In her first extended public comments since the death of her son, Gladys Sicknick, mother of fallen @CapitolPolice Officer Brian Sicknick, says “I just couldn’t stay quiet anymore.” Angry at opposition from some Republican lawmakers to Jan. 6 commission. #CapitolRiots pic.twitter.com/jdV9ZFr3n0

Johnson, a staunch ally of former President Donald Trump, has referred to the Capitol riot as a “largely peaceful protest” and has used his time during congressional hearings to spread misinformation, including the debunked conspiracy theory that Capitol rioters were actually fake Trump supporters in disguise.

Johnson did agree to meet with the group on Thursday, however. Afterward, Dunn said the Wisconsin senator had “a difference of opinion” over whether the commission was needed. Garza, Sicknick’s partner of 11 years, said anyone who watched footage of January 6 can tell is was not a “peaceful day.”

Family of fallen @CapitolPolice Officer Brian Sicknick waiting to meet with @RonJohnsonWI who referred to Jan. 6 as a largely “peaceful protest.” Asked him to support commission to investigate. Officer Harry Dunn on meeting: “He had a difference of opinion” #CapitolRiots pic.twitter.com/OSa4JYeidF

Both Romney and Collins had previously indicated their potential support for a January 6th Commission, and on Thursday, Collins announced she would be offering an amendment to the House bill that she thought would ease the concerns of her fellow Republicans.

Sicknick’s family isn’t the only group pressuring Republicans to support a commission. Earlier this month, the family of Capitol Police Officer Howard Liebengood, who took his own life days after defending the Capitol, issued a statement urging holdouts to support the commission. On the same day, a number of anonymous USCP officers wrote an open letter expressing their “profound disappointment” with members of Congress who opposed a commission. The Capitol Police Department has disavowed that letter, saying it takes no official positions on proposed legislation.

Despite the families’ efforts, the bipartisan January 6th Commission proposal faced unlikely odds in the Senate, where Republicans were being pressured both by Trump and Senate Minority Leader Mitch McConnell (R-KY) to scuttle the bill. In a statement on the Senate floor Thursday, McConnell said he didn’t believe the commission would “uncover crucial new facts or promote healing.”

We're tracking all of the arrests, charges and investigations into the January 6 assault on the Capitol. Sign up for our Capitol Breach Newsletter here so that you never miss an update.