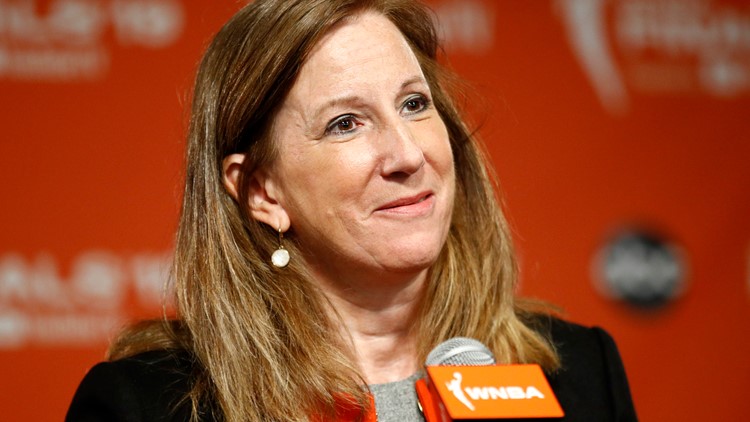 Photo by: AP
FILE - In this Sept. 29, 2019, file photo, WNBA Commissioner Cathy Engelbert speaks at a news conference in Washington.

The eight-year contract begins this season and runs through 2027.

The league says it will increase salaries, marketing opportunities and revenue sharing.

There are also enhanced travel standards, maternity and family planning benefits and health and wellness improvements.

It will pay players an average of $130,000 annually. It'll be the first time that the average cash compensation for players will exceed six figures, according to a release from the WNBA.

Under the new CBA, the league's top players will be able to earn more than $500,000, which more than triples the max amount of money they could earn under the prior deal.

RELATED: 9-year-old Atlanta Dream superfan brought to tears after receiving surprise from one of the players

“We approached these negotiations with a player-first agenda, and I am pleased that this agreement guarantees substantial increases in compensation and progressive benefits for the women of the WNBA,” said WNBA Commissioner Cathy Engelbert.

Some of the travel improvements include players receiving premium economy class tickets as well as individual hotel rooms for road trips.

Players will also receive their full salary while on maternity leave and will be given two-bedroom apartments if they have children. Additionally, veteran players will be eligible for family planning benefits of up to a $60,000 reimbursement for costs related to adoption, surrogacy and fertility treatment.

Washington Mystics player Elena Delle Donne tweeted that it was a "historic day."