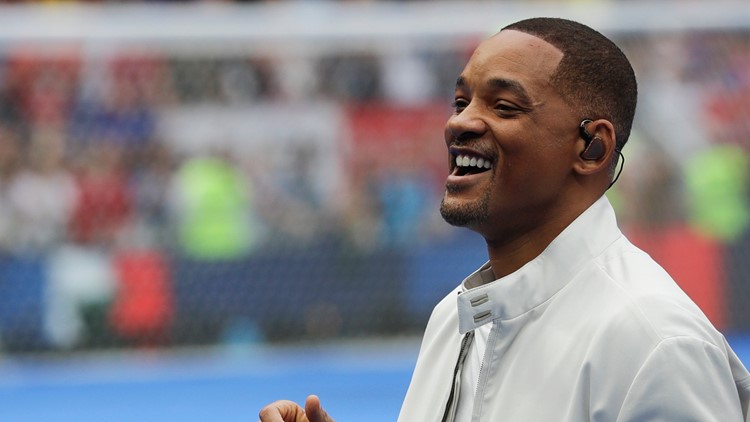 Photo by: AP
FILE - In this July 15, 2018, file photo, singer and actor Will Smith performs during the closing ceremony prior to the final match between France and Croatia at the 2018 soccer World Cup in the Luzhniki Stadium in Moscow, Russia. The star on Wednesday, Oct. 10, revealed the first poster of Disney's remake of "Aladdin." Smith, who plays the Genie, wrote on Facebook: "LEMME OUT! Can't wait for y'all to see Me BLUE." (AP Photo/Matthias Schrader, File)

No one can replace the great Robin Williams, and no one is more aware of that than Will Smith who is slated to take over his role as “Genie” in the live-action version of “Aladdin,” coming to theaters in May 2019.

After the official trailer was released on Wednesday, Smith took to Instagram to express his appreciation to the great, late comedian.

“I know Genies don’t have Feet… But you left some Big Shoes to fill! R.I.P., Robin!” the Instagram post read.

Fans on Instagram were not only supportive of Smith but also thankful that the actor acknowledged his great predecessor.

And to top it all off, the geo-tag on Smith’s post read “Agrabah.”