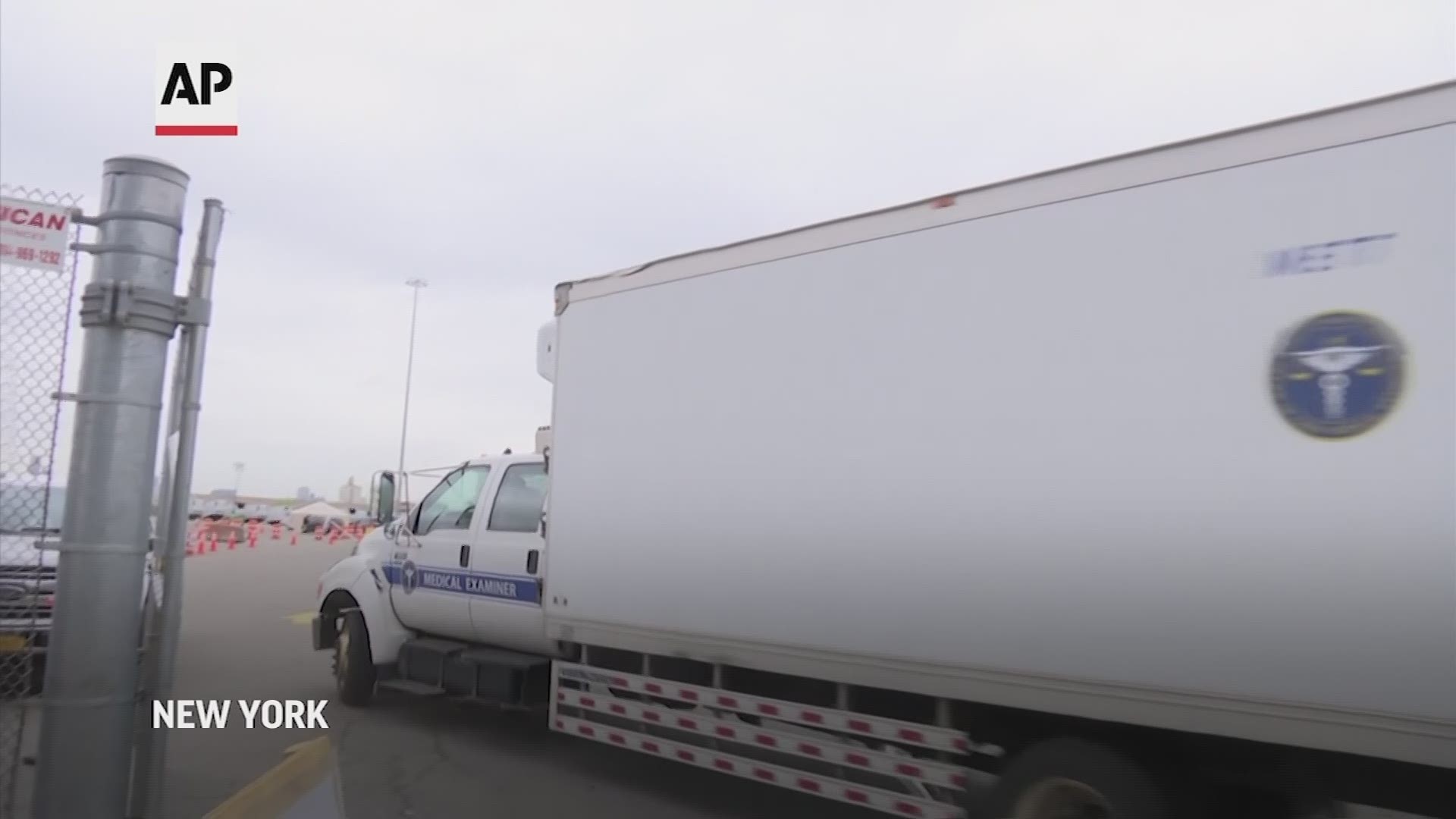 WASHINGTON — Life expectancy in the United States dropped a staggering one year during the first half of 2020 as the coronavirus pandemic caused its first wave of deaths, health officials are reporting.

Minorities suffered the biggest impact, with Black Americans losing nearly three years and Hispanics, nearly two years, according to preliminary estimates Thursday from the Centers for Disease Control and Prevention.

“This is a huge decline,” said Robert Anderson, who oversees the numbers for the CDC. “You have to go back to World War II, the 1940s, to find a decline like this.”

Other health experts say it shows the profound impact of COVID-19, not just on deaths directly due to infection but also from heart disease, cancer and other conditions.

“What is really quite striking in these numbers is that they only reflect the first half of the year ... I would expect that these numbers would only get worse,” said Dr. Kirsten Bibbins-Domingo, a health equity researcher and dean at the University of California, San Francisco.

This is the first time the CDC has reported on life expectancy from early, partial records; more death certificates from that period may yet come in. It’s already known that 2020 was the deadliest year in U.S. history, with deaths topping 3 million for the first time.

As a group, Hispanics in the U.S. have had the most longevity and still do. Black people now lag white people by six years in life expectancy, reversing a trend that had been bringing their numbers closer since 1993.

Between 2019 and the first half of 2020, life expectancy decreased 2.7 years for Black people, to 72. It dropped 1.9 years for Hispanics, to 79.9, and 0.8 years for white people, to 78. The preliminary report did not analyze trends for Asian or Native Americans.

“Black and Hispanic communities throughout the United States have borne the brunt of this pandemic,” Bibbins-Domingo said.

They’re more likely to be in frontline, low-wage jobs and living in crowded environments where it’s easier for the virus to spread, and “there are stark, pre-existing health disparities in other conditions” that raise their risk of dying of COVID-19, she said.

More needs to be done to distribute vaccines equitably, to improve working conditions and better protect minorities from infection, and to include them in economic relief measures, she said.

“The focus really needs to be broad spread of getting every American adequate care. And health care needs to be defined as prevention as well as treatment,” he said.

RELATED: Biden hopeful US can be in 'very different circumstance' with COVID by Christmas

RELATED: VERIFY: Yes, all of the COVID-19-causing coronavirus in the world could fit in a soda can

Overall, the drop in life expectancy is more evidence of “our mishandling of the pandemic,” Brawley said.

Not enough use of masks, early reliance on drugs such as hydroxychloroquine, “which turned out to be worthless,” and other missteps meant many Americans died needlessly, Brawley said.

“Going forward, we need to practice the very basics” such as hand-washing, physical distancing and vaccinating as soon as possible to get prevention back on track, he said.