Dr. Anthony Fauci, one of the four finalists, was named a Guardian of the Year. 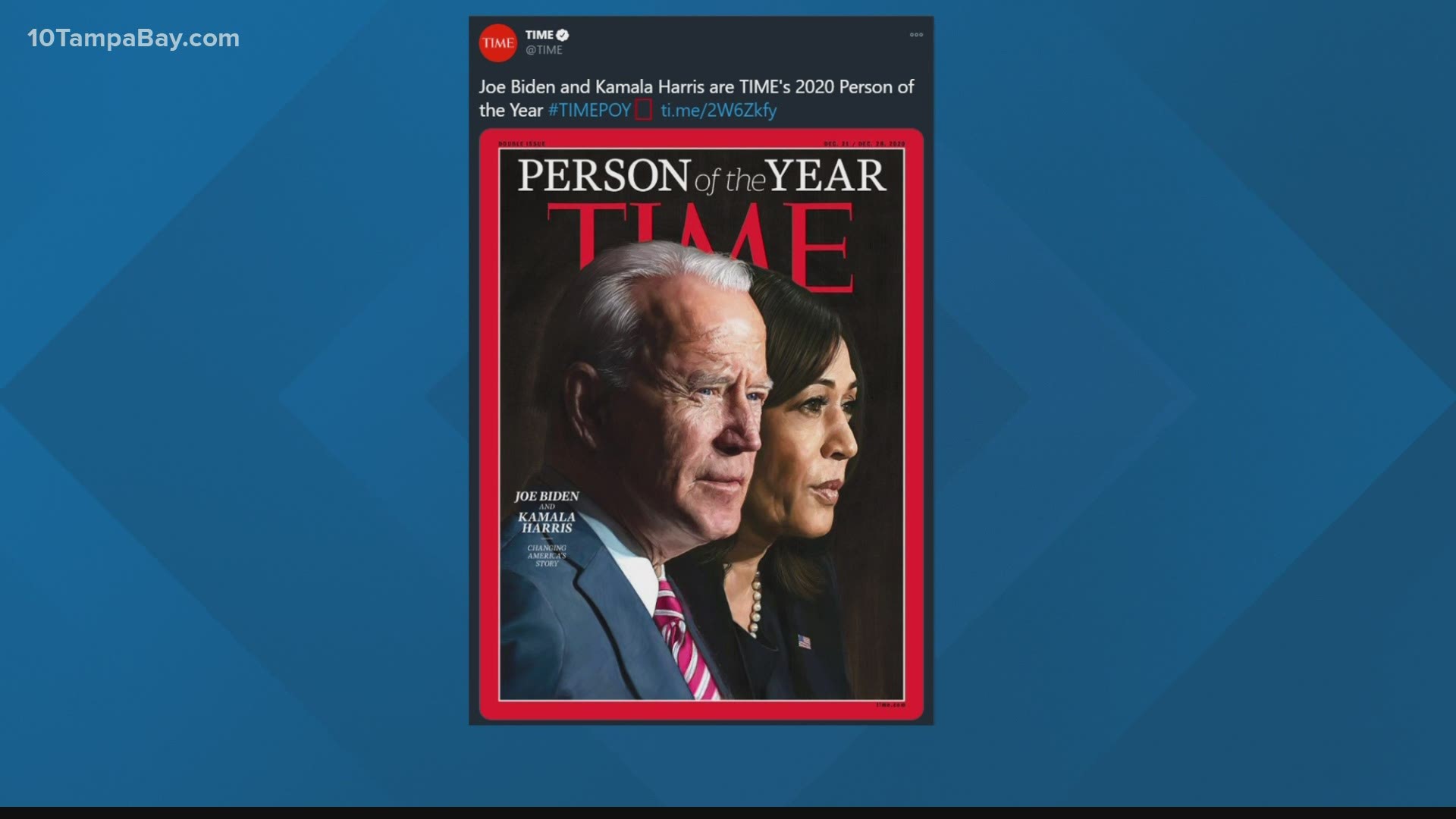 WASHINGTON — TIME has named President-elect Joe Biden and Vice president-elect Kamala Harris as its 2020 Person of the Year, beating out finalists President Donald Trump, Dr. Anthony Fauci and the movement for racial justice.

"Person of the Year is not just about the year that was but about where we're headed, and the next four years are going to be an enormous test of them and all of us to see whether they can bring about the unity they've promised," said Edward Felsenthal, TIME CEO and Editor-in-chief.

Fauci, the nation's top infectious disease expert, was named a Guardian of the Year. Frontline health workers were also named Guardians of the Year, as were Assa Traoré, Porche Bennett-Bey and racial justice organizers.

Zoom founder and CEO Eric Yuan was named Businessperson of the Year. The virtual meeting platform has become essential for workers and educators during the coronavirus pandemic.

K-Pop group BTS was named Entertainer of the Year and Los Angeles Lakers star LeBron James was Athlete of the Year.

Felsenthal said this was the "hardest year" to narrow down to just four Person of the Year finalists.

"So many massive stories all over the world...racial justice, the pandemic, presidential election, wildfires, a really, really challenging year to make this call," said Felsenthal.

Earlier this month, the magazine announced it had named a 15-year-old Colorado scientist and inventor as its first-ever "Kid of the Year."