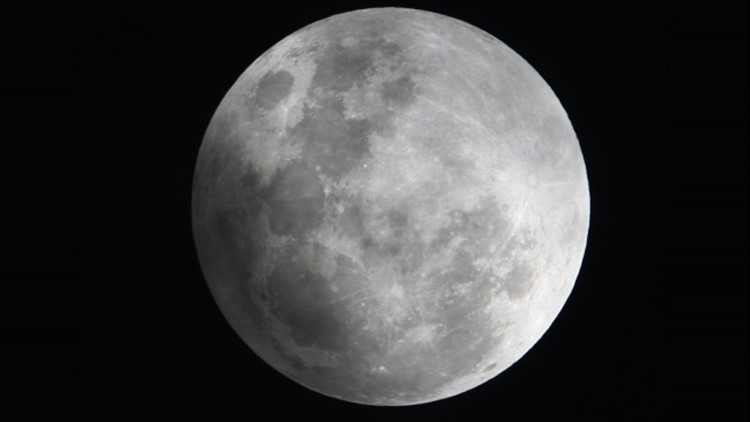 Super Snow Moon to shine bright in the weekend sky

The long nights during the shortest month of the year often bring cold and snowy weather to many areas across the Northern Hemisphere, but if the weather is clear this weekend, people will get to view a full moon named after February’s wintry weather.

Each month’s full moon has been given different nicknames based on the time of year in which it occurs. Often, the origins of these nicknames can be traced back hundreds of years to Native Americans or early Colonial Americans settling in North America.

“Traditionally, the moon we see in February is called the Snow Moon due to the typically heavy snowfall of February,” the Old Farmer’s Almanac explained on its website.

The Snow Moon is the most common nickname for February’s full moon, but others include the Hunger Moon, the Bone Moon and the Storm Moon.

This weekend’s full moon will also be a little different than many others throughout the year as it will be the first in a series of supermoons.

A supermoon is a full moon that occurs when the moon is near perigee, the point in its orbit when it is closest to the Earth. This makes it appear slightly larger than normal, although the difference may be difficult to detect for the casual observer.

This will be the first of four supermoons in 2020, with three more on deck for March, April and May.

The “Super Snow Moon” will rise in the eastern sky in the evening, but people who step outside that night and look toward the west may be able to see two of Earth’s celestial neighbors.

Venus has been prominently featured in the evening sky since the end of 2019, outshining all the other planets and stars. This weekend will be no exception with Venus appearing high in the western sky after sunset, provided that cloud-free conditions exist.

Lower on the western horizon, the elusive Mercury may be able to be spotted about an hour after sunset. Mercury is dim and is often too close to the sun to view. However, over the weekend it will be far enough away from the sun so it may be seen. Folks should be able to observe Mercury both nights over the weekend, but they will need tranquil weather and a clear view of the western horizon to see it.