Should the state kill seals and sea lions to save salmon and endangered orcas? 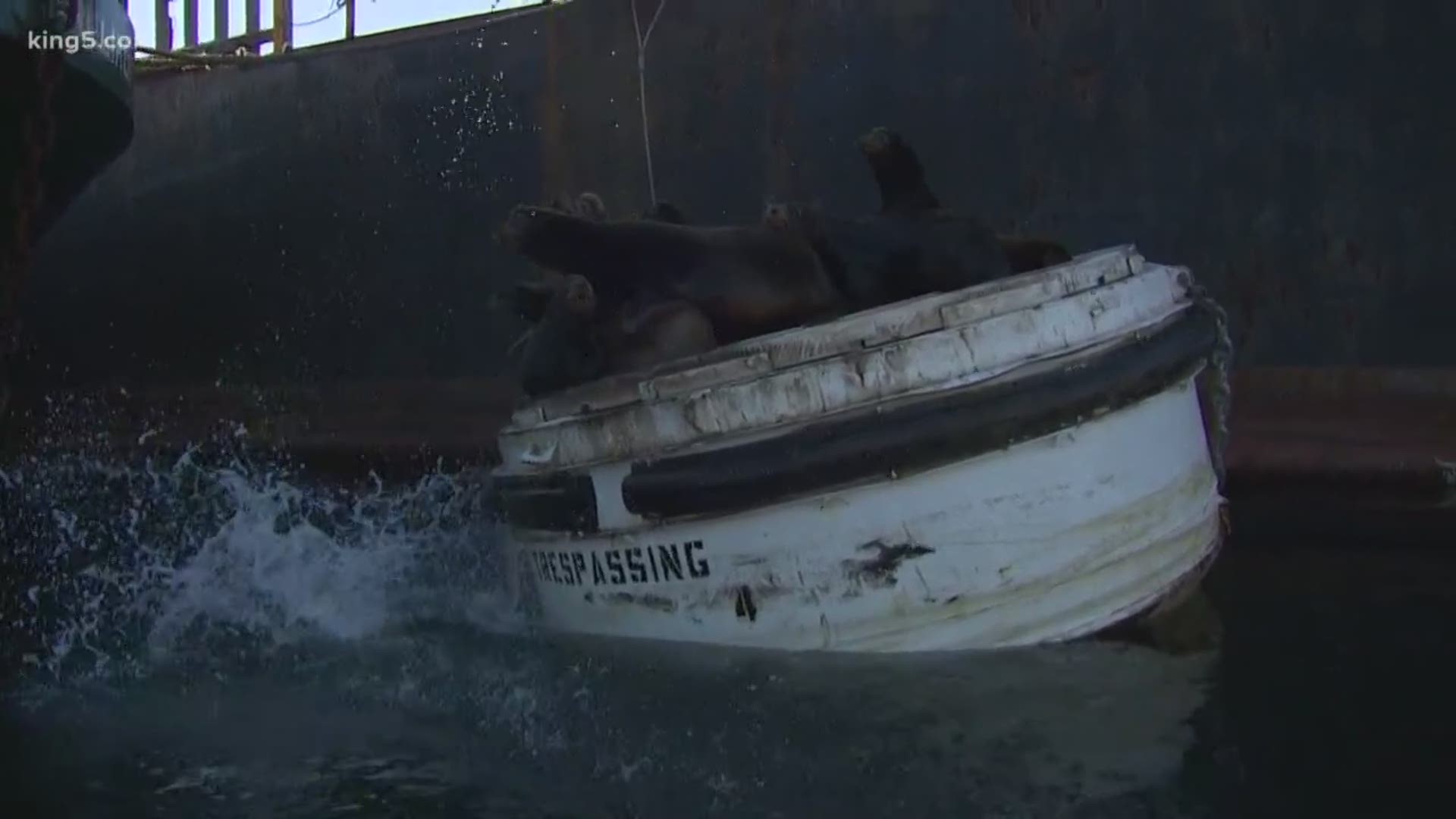 State wildlife commissioners heard testimony Friday about whether a seal and sea lion cull could help save salmon, and thereby restore food to the starving Southern Resident killer whales (SRKW).

Pinnipeds in Puget Sound like seals and sea lions compete for food with the endangered SRKW. They all love salmon.

Though Chinook salmon are only about 1-2 percent of a harbor seal's diet, the orcas eat almost entirely chinook salmon, which is also disappearing.

"It's important to set the stage that this occurs in a very complex ecosystem and it is a very complex food web," said WDFW Research Scientist Scott Pearson.

State wildlife commissioners learned just how complex a food web Puget Sound really is and how killing seals and sea lions might affect that food web. Seals and sea lions consume more Chinook salmon than killer whales and all fisheries.

"If you want a 25 percent reduction in the total juvenile Chinook consumption by seals, we have to reduce this number of 19,000 seals down to 14,300. If you subtract this number from this number, that's how many we have to remove 4,700 seals, and we have to annually remove 530 seals per year to keep it at that level," Pearson said.

But the problem is, salmon also face a slew of other challenges, including hydropower, hatcheries, habitat, disease, and contaminants. Scientists told commissioners they don't know whether killing seals and sea lions will do anything at all. They discussed the example of hake, a fish that also preys on salmon. If there were fewer seals and sea lions eating hake, would hake eat more salmon, creative negative unintended consequences?

"In my opinion, even if the seal consumption were somehow reduced or eliminated, there is no guarantee of a response by the salmon in terms of returning adults," said WDFW Research Scientist Joe Anderson.

Recently, a dozen sea lions have washed up, shot and killed illegally. For legal killing to occur, the federal government would have to approve it and that could take a long time. Before that happens, Anderson and Pearson say they want more information, like how many seals and sea lions are there exactly in Puget Sound, where are the hot spots, when do they eat the most salmon, and if there were less seals and sea lions, would some other predator eat the salmon?

Pinnipeds are regulated by the Marine Mammal Protection Act, and scientists say there are three ways to get around that. The state can apply for a waiver and get a permit; they can ask for management authority to be returned to the state, or they can use existing clauses within the MMPA that allow for pinniped removal authority.