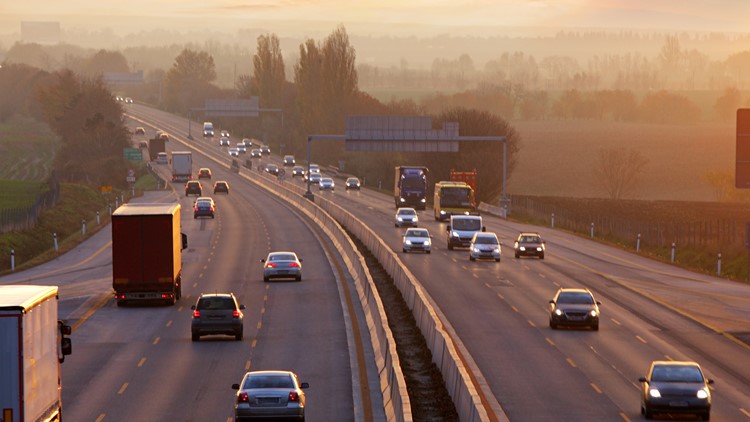 Photo by: Getty Images/iStockphoto
Traffic on highway with cars.

An investigation by ProPublica, a nonprofit newsroom, is raising concerns about some of the safety claims made by the maker of a popular car booster seat.

ProPublica's investigation focused on the Evenflo Big Kid booster and how it was marketed. The report found the seats have been marketed as "side-impact tested" and were initially recommended for children who weigh as little as 30 pounds.

Videos of those side-impact crash tests, obtained by ProPublica, showed a dummy being tossed around in the booster seat. There's no government oversight of side-impact tests, so companies are able to make up its own tests and decide what passes.

In response, Evenflo's General Counsel told ProPublica that the company has been a pioneer in side-impact testing of boosters and other child car seats.

The Academy of Pediatrics recommends kids remain in a car seat with full harness restraints for as long as possible until they're at least 40 pounds. That matches Canadian regulations. Until 2007, Evenflo marketed the big kid booster as safe for kids as young as one, as long as they weighed 30 pounds or more.

A New York couple, Jay and Lindsay Brown, are suing Evenflo after a side-impact crash involving their two daughters, Jillian and Samantha.

According to ProPublica, Jillian weighed 37 pounds, and she was strapped into an Evenflo Big Kid booster seat that was farthest from the crash impact.

Jillian suffered an "internal decapitation," left paralyzed from the neck down and now relies on a ventilator to keep her alive, ProPublica reported. Samantha was in a different car seat and recovered.

The company told ProPublica that the booster performed as it was designed and Jillian's injuries were primarily due to the severity of the crash and/or driver error.

"No child restrain or booster seat can ensure that a child will avoid injury in a car crash, especially a severe one," Evenflo said to NBC News.

Despite the Academy of Pediatrics recommendations, federal standards have set only a 30-pound minimum for booster usage and the car seat meets or exceeds standards.

Evenflo's General Counsel told ProPublica in a response to questions that the "utility and safety of the Big Kid is confirmed not only by hundreds of injury-free children walking away from crashes in which they were seated in a Big Kid, but also the thousands that have done so when you couple our field history with the similar expected field history of our BPB competitors."