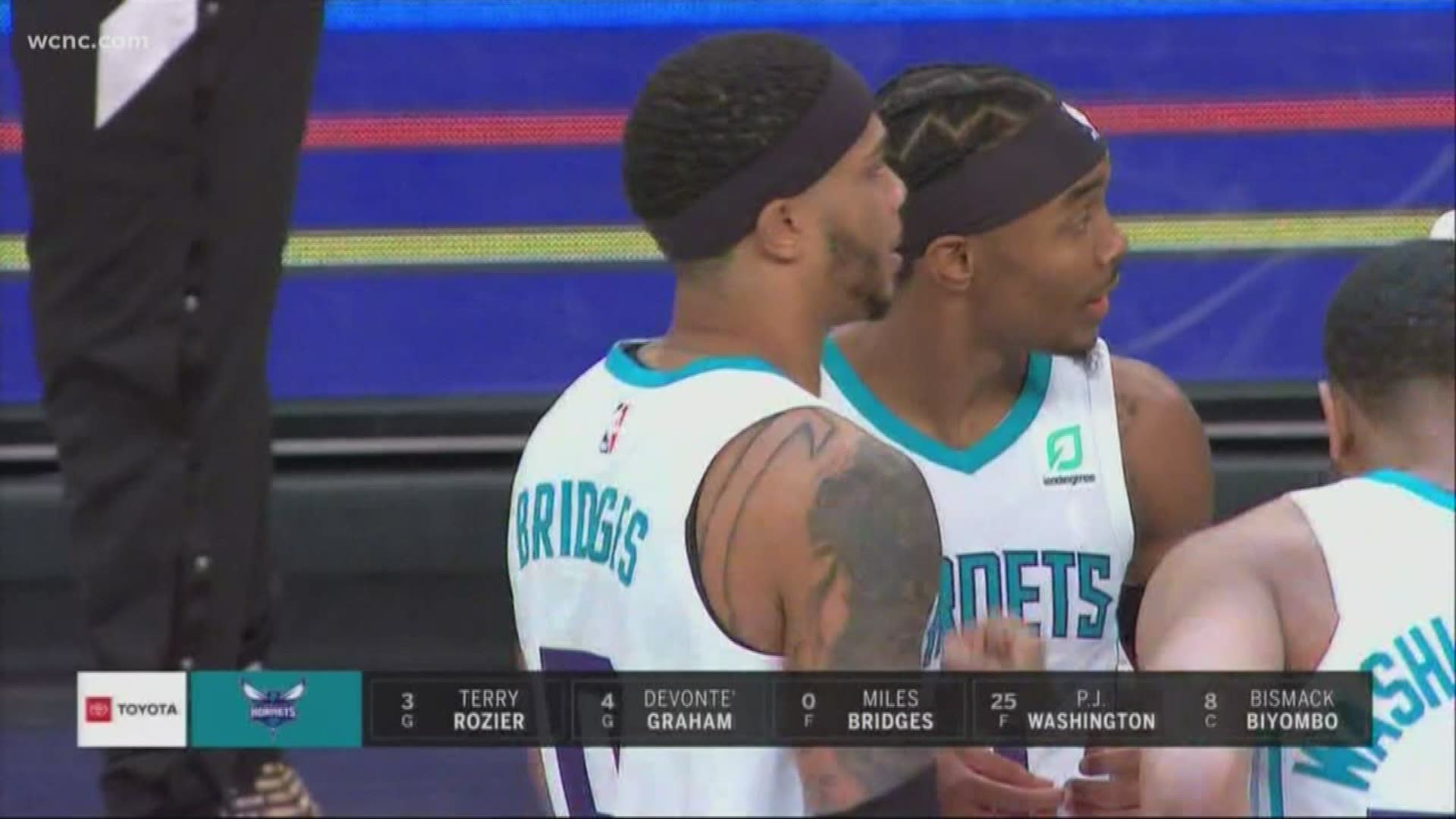 Jones and Gordon each got a perfect 50 on both of their dunks in the final. Then they got two more perfect scores on their first jam in the dunk-off.

Jones then took off from just inside the foul line and threw down a windmill jam with his left hand, drawing a 48 from the panel of five judges.

After a short discussion with Hall of Famer Shaquille O'Neal, Gordon brought out 7-foot-5 Boston Celtics rookie Tacko Fall and positioned him near the basket. He then took the ball from Fall's hands on his way to a thunderous dunk.

The United Center gasped as the courtside NBA stars celebrated. But Gordon was awarded a 47, giving the victory to Jones.

Hield nailed a two-point money ball from the corner to finish with 27 points, edging Phoenix Suns All-Star Devin Booker by one in the final round.

Hield is one of the few bright spots for struggling Sacramento, averaging 20.4 points while shooting about 39 percent from 3-point range.

Washington's Davis Bertans opened the second and final round with a 22, before Booker eliminated him.

Defending champion Joe Harris of the Brooklyn Nets and Chicago's Zach LaVine were eliminated after they failed to crack the top three in the first round.

Five racks with five balls each were set up around the perimeter — two in the corner, two on the wings and one up top. Four of those racks had four balls worth one point each plus a multi-colored two-point ball. The other had nothing but moneyballs.

There were also two green balls worth three points set up six feet behind the 3-point line.

RELATED: Sacramento Kings' Richaun Holmes expected to be sidelined at least another 2-3 weeks

Abedayo narrowly defeated Indiana's Domantas Sabonis in the final in a matchup of All-Star big men. He shared a hug with former Heat star Dwyane Wade after accepting the trophy.