The feminist spin on the 1976-1981 TV series couldn’t also best the World War II movie 'Midway' in its second week, which landed just ahead of 'Angels' with $8.8M. 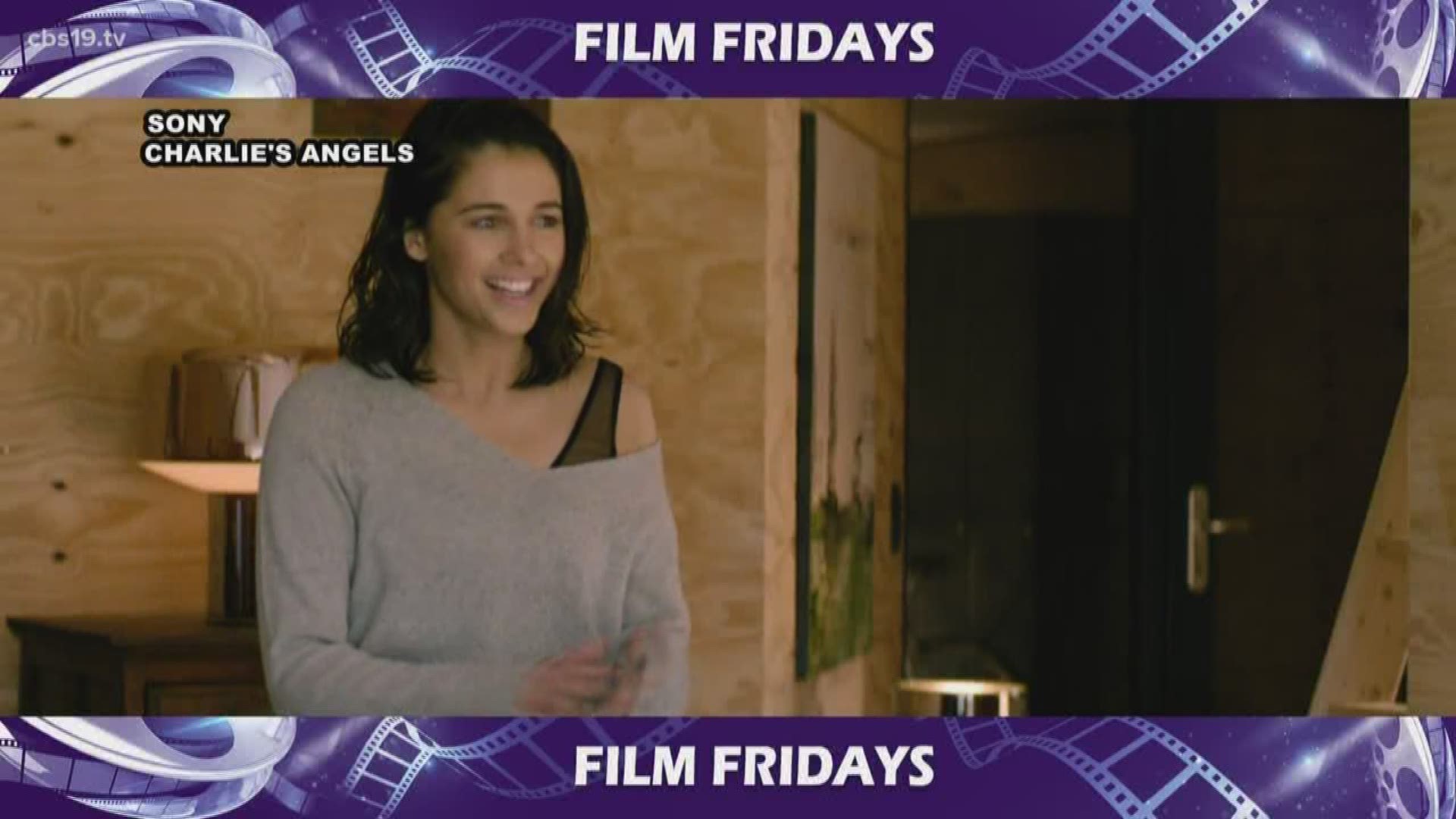 NEW YORK — “Ford v Ferrari” left its competition in the rearview, racing to an estimated $31 million debut at the box office in a No. 1 finish that counted as a win for big-budget originality.

James Mangold’s racing drama rode into the weekend with strong reviews and Oscar buzz for its leads, Christian Bale and Matt Damon. And audiences enthusiastically greeted it, giving the $98 million movie an A+ CinemaScore. “Ford v Ferrari,” which dramatizes the Ford Motor Co.’s push to unseat the perennial power Ferrari at France’s 24-hour Les Mans race in 1966, has been considered a rare kind of high-priced throwback built more on story, practical effects and star power than intellectual property.

Elizabeth Banks’ “Charlie’s Angels” reboot couldn’t keep up. The Sony Pictures release opened below expectations with $8.6 million domestically and $19.3 million overseas, according to studio estimates Sunday. Though the movie was relatively modestly budgeted at $48 million, it fell well short of the $40.1 million debut of the 2000’s “Charlie’s Angels,” with Cameron Diaz, Drew Barrymore and Lucy Liu. (The 2003 sequel opened similarly with $37.6 million.)

Banks’ version of the 1976-1981 TV series gave the material a feminist spin. But Kristen Stewart was the sole widely known Angel, starring alongside Naomi Scott and Ella Balinska. And “Charlie’s Angels” couldn’t best the World War II movie “Midway” in its second week. It slotted in just ahead of “Angels” in second, with $8.8 million.

Lately, at least, Hollywood’s efforts to dust off old intellectual property have been received with a shrug by moviegoers. November has already seen disappointing debuts for the Paramount Pictures sequel “Terminator: Dark Fate” ($56.9 million in three weeks) and Warner Bros.’ “The Shining” riff, “Doctor Sleep” ($25 million in two weeks).

That made the initial success of “Ford v Ferrari” stand out even more. The Walt Disney Co. release’s opening weekend, which included $21.4 million internationally, has several laps to go before reaching profitability. But as an adult-oriented action film with excellent audience scores and awards attention, “Ford v Ferrari” is likely to play well for weeks to come.

“We knew that it was a real crowd-pleaser. Anywhere we played it, whether at festivals or screenings, people have come out responding so positively to it. We knew that we had a little jewel here,” said Cathleen Taff, Disney’s distribution chief. “James Mangold and the Fox team, combined with the talent behind it — Matt and Christian — it’s just a great, exciting, ambitious film. It’s exactly what you want to see on the big screen.”

“Ford v Ferrari,” made by 20th Century Fox before the company’s acquisition by Disney, is the biggest Fox hit yet released by Disney. Much of the studio’s previous Fox output, including “Stuber” and the X-Men film “Dark Phoenix,” has flopped. The “Ford v Ferrari” release comes sandwiched between two major Disney initiatives — the recently launched Disney+ streaming service, and the upcoming “Frozen 2” release.

Warner Bros.’ “The Good Liar,” a mystery starring Helen Mirren and Ian McKellen, was the weekend’s other new wide release. It managed a modest $5.7 million, adding to a string of underperforming adult-targeting releases for the studio, including “Blinded by the Light,” “The Goldfinch” and “The Kitchen.”

Those disappointments all pale, though, to the Warner success “Joker.” On Friday, it passed $1 billion worldwide.

Paul Dergarabedian, senior media analyst for data firm Comscore, applauded “Ford v Ferrari” as a quintessential crowd-pleaser, but noted the industry needs much more gas to chase down a 6.2% deficit to last year’s total domestic box office. This weekend, down 37% from the same weekend last year, didn’t help, either.

“‘Ford v Ferrari may have won the race this weekend, but the industry is still trying to get out of neutral,” Dergarabedian said. “We need ‘Frozen’ to thaw out this box office.”

RELATED: Ford v Ferrari is polished to near perfection with great racing, acting

In limited release, Trey Edward Shults’ anguished family drama “Waves” opened on four screens in New York and Los Angeles with a $36,140 per-screen average for A24.