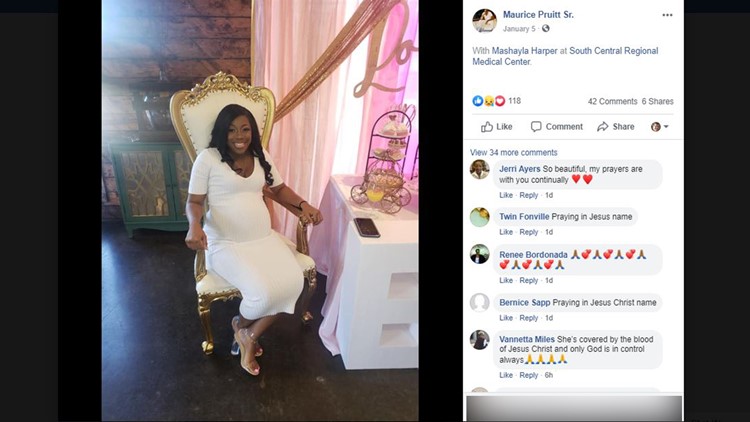 A pregnant elementary school teacher in Mississippi who had just celebrated her baby shower reportedly lost her child after she was struck by a hit-and-run driver Saturday night. The teacher was critically injured and the driver, who has a history of impaired driving, was arrested.

The crash that injured Mashayla Harper, 24, and ended her 36-week pregnancy happened in Soso, Miss. The Laurel Leader Call reports her Honda Accord was hit head-on by a 2005 Nissan Titan.

WDAM reports the crash happened a half-hour after Harper left her baby shower. She was reportedly found along the side of the road by a hunter who heard the crash.

Her father said Harper spent the next 24 hours on life support, wondering what happened to her child.

She has since been moved out of the ICU.

RELATED: California DUI convictions can cost you up to $20,000

RELATED: 29 years in prison for man who killed woman while driving drunk

James Cory Gilbert, 33, has reportedly been charged with leaving the scene of an accident that caused death or injuries. Additional charges could be filed pending the outcome of blood tests and accident reconstruction.

At the urging of incoming sheriff Joe Berlin, Gilbert's wife reportedly contacted him and urged him to turn himself in, which he did.

Gilbert admitted he had been drinking and a small amount of marijuana was found in his truck, Jones County Sheriff  Sgt. J.D. Carter reportedly said.

The Laurel Leader Call reports that when Gilbert and his family were read the affidavit that indicated Harper had lost her child, they began to cry.

Gilbert reportedly has three DUI convictions and was convicted of felony DUI and possession of methamphetamine in 2015.

Pruitt posted his frustration on Facebook and sent a thank you to the community.

"To see our baby go from this being the happiest day of her life to I.C.U. in a matter of minutes was a complete tragedy. That idiot hit her head on and left her out there on that road to die. We are grateful for the individual that happened to be in the area hunting to come to her aid, otherwise we may not be sitting in I.C.U. praying as she fight for her life," Pruitt wrote. "And it really touched me when I read Laurel Leader Call post and how the Soso community jumped into action spreading the word about the man being in the area on foot ... some even going out looking for him. Thanks to everyone that's praying and has called to check on the status of Mashayla Harper... She's a very strong woman and she continue to fight for her life.”

Maurice Pruitt Sr.
To see our baby go from this being the happiest day if her life to I.C.U. in a matter of minutes was a complete tragedy. That idiot hit her head on and left her out there on that road to die. We are...