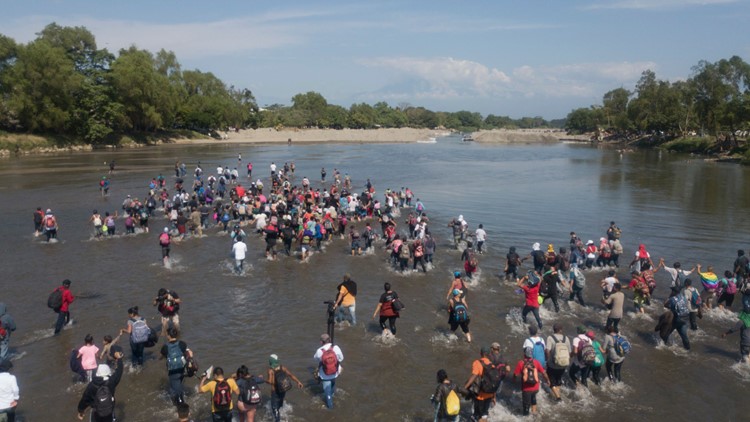 The migrants moved off a border bridge and to the river after Mexican officials told them they would not be granted passage through the country. Reports said there was shouting and even fireworks as the migrants demanded they be allowed to move freely through Mexico to reach the United States.

The Associated Press reported that guardsmen with riot shields had rocks thrown at them by the migrants as they tried to head off the groups to stop them from entering Mexico. Immigration agents were quoted as telling the migrants, “you have two options: you go back to Guatemalan territory or you come with us."

Reuters reported that local television aired images of migrants throwing rocks at the Mexican National Guardsmen who were assembled on the border.

In recent months Mexico has stepped up efforts to prevent migrants from reaching the U.S. under threat of trade and other sanctions from President Donald Trump.