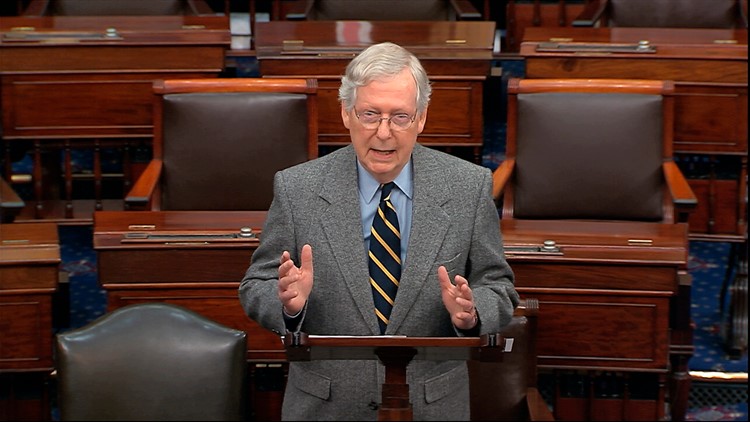 Photo by: AP
Senate Majority Leader Mitch McConnell of Ky., speaks on the Senate floor, Friday, Jan. 3, 2020 at the Capitol in Washington. (Senate TV via AP)

The Republican leader outlined the process in a four-page resolution that will be voted on as one of the first orders of business when senators convene Tuesday. It also delays any votes on witnesses until later, rather than up front, as Democrats had demanded.

Senate Democratic leader Chuck Schumer is calling the proposed rules package "a national disgrace" and vowing to propose votes to try to amend the package.

The Associated Press quoted Schumer's strong statements, at one point saying, “It’s clear Senator McConnell is hell-bent on making it much more difficult to get witnesses and documents and intent on rushing the trial through.”

According to the proposed rules, there would be four days of opening statements with two days per side. Then senators would be given up to 16 hours for questions posed to the defense and prosecution. Four hours of debate time would follow. Then there would be voting on calling other witnesses. It would be the only time that would be allowed.

Senators attending the third trial of its kind in U.S. history would be facing 12-hour sessions in the rare trial taking place during an election year.